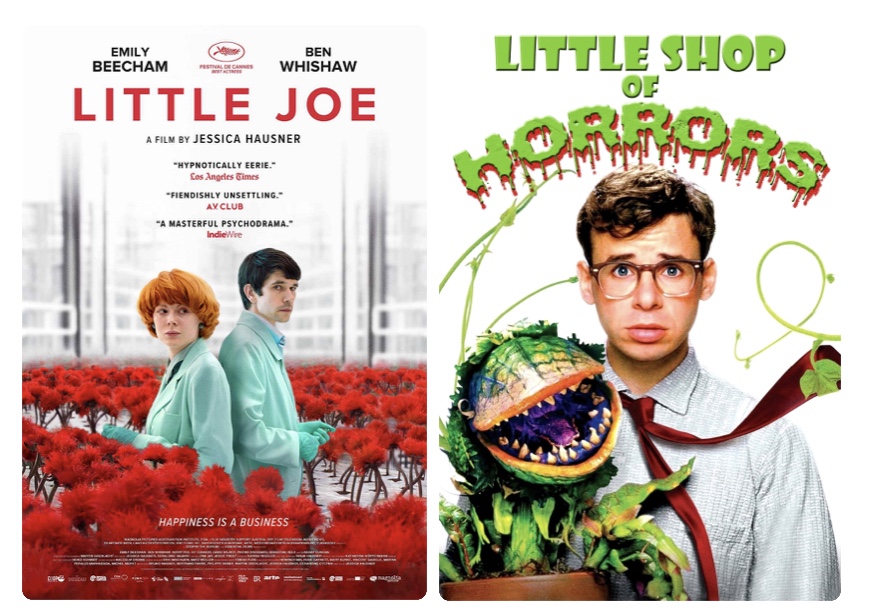 When you are making a film about a mysterious plant that manipulates susceptible people to ensure its own propagation, in turn potentially leading to the domination of the entire world, then it can’t be a coincidence that you’ve chosen to put the word ‘little’ in the title. Perhaps it was just that there was no way of avoiding the comparison so they decided to own it but actually Little Joe is a very different movie to Little Shop of Horrors.

As the names of the two films suggests Little Joe is a much more subtle breed and substantially less prone to melodrama. The similarities continue just a tiny bit further though as both examine notions of dangerous commercialism and ambition. Austrian director Jessica Hausner’s new movie, her first in the English language, centres around a workaholic single parent who genetically engineers a new flower to gives off a scent designed to make people happy. (She’s the mother this time although she’s not mean or green and neither her or her creation are from outer space.) As it turns out though this new herb may be generating more than just nice feelings in those who sniff it.

Rather than feeling like an 80’s horror musical, or indeed a 1960’s Roger Corman B-Movie, Little Joe is a lot more reminiscent of classic paranoia thrillers like Rosemary’s Baby, The Wicker Man, Shutter Island or Gaslight. Unlike all of those films though it doesn’t offer an unequivocal explanation or a neat resolution and it is all the better for it. Little Joe builds a strong atmosphere that is sustained even beyond the closing credits and never descends into overblown action. It does feel satisfyingly retro in this sense yet it is also decidedly contemporary having, as it does, a focus on pharmaceuticals and trade. It even briefly winks an eye to Brexit.

The film also has a wonderful relationship with colour, from the red of the flower to the whites and greens of the lab to superb (Cannes winning) lead actor Emily Beecham’s glorious amber, rust hair contrasting with every wall and piece of furniture and every one of her fabulous shirts. Hausner’s shot composition even plays with the psychology of the story as characters start to edge out of the frame as their characteristics start to similarly disappear. I also can’t end without mentioning the brilliantly unnerving score which sounds like it’s played with dentist’s drills (another Little Shop link?) and angry dogs.

It isn’t unusual for the awards season to give way to a run of independent films, prior to the blockbusters taking over for the Summer, and this looks like it might be the case again. Well, if this great little film is an indication of what could be peppered across the cinematic menu for the next two or three months then I echo the sentiments of one Audrey II; …cut the crap and bring on the meat.