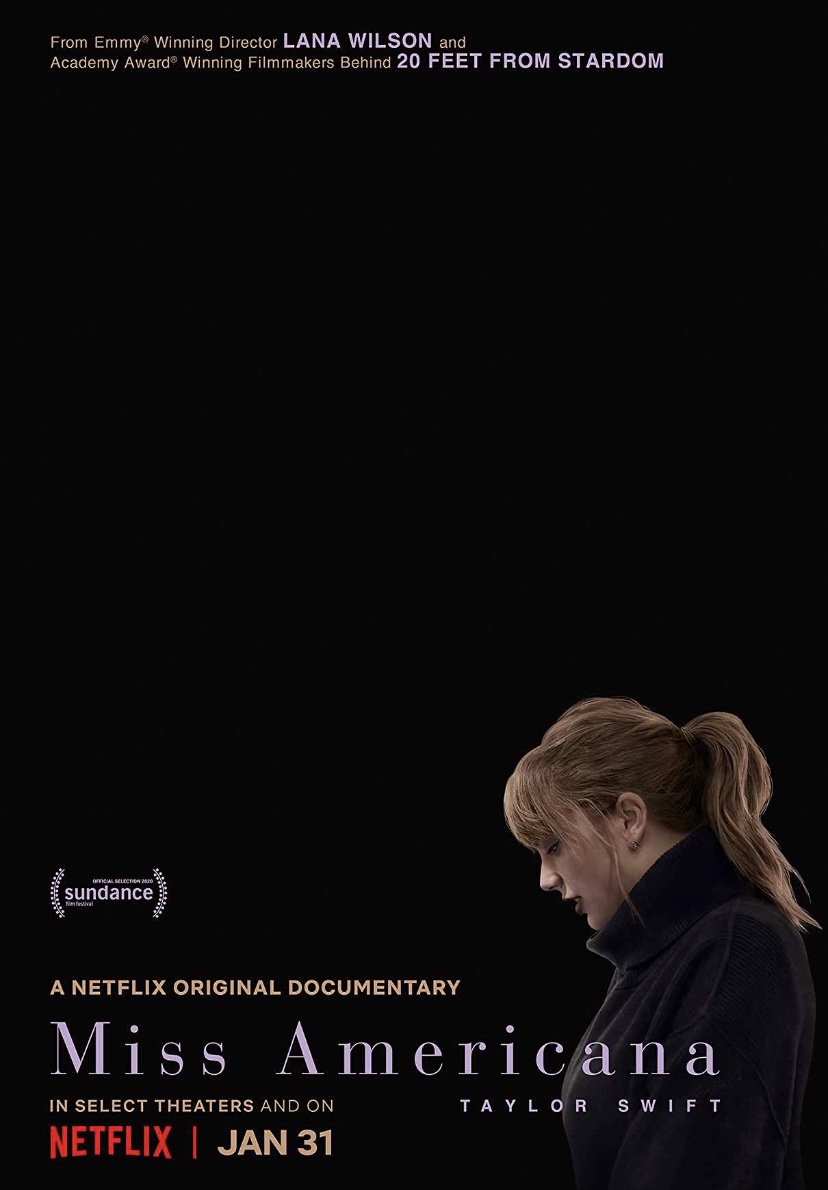 Why am I reviewing Miss Americana?

Why did I watch Miss Americana?

Don’t worry, I’m not one of those forty something men who closely follow the work of successful young women in a slightly creepy way like that guy I briefly met on an online film chat who had a thing with Jennifer Lawrence. (God, I hope I’m not!)

I mean, I have seen her live twice but I was taking my daughters and I absolutely would not have gone on my own. (Am I sounding like I’m protesting too much?)

The fact is that I really enjoyed both of those gigs. This lady writes a nice song and puts on a great show. I’ve always thought of her as a very good role model for my kids too. She writes her own material, plays her own instruments and doesn’t dress in a way that is overly sexualised.

Even then I had little interest in viewing this new documentary. Then I became aware that many of the reviews were criticising the film for being manufactured and not revealing enough of the truth about its subject, and this bugged me. Surely it is entirely up to her what she shows and divulges and anything else seems to say more about the person suggesting otherwise than it does about her. Suddenly in some oddly protective, and hopefully not creepy, way I felt compelled to watch it.

In terms of that first criticism I did initially agree that it felt staged and she possibly even a little entitled. The opening shot sees Taylor Swift at a piano, working out a new tune, with a kitten daintily stepping over her hands as it walked up and down the keyboard. This seems very on brand. Then it cuts and she’s on the phone, fighting the disappointment of not getting the Grammy nominations she’d hoped for for her album Reputation. Poor ten time Grammy winning, Emmy awarded, six time Guinness World Record holding, twenty three time BMA victorious, cat loving Taylor. After these early scenes my mistrust and ungracious cynicism fell away though and I became drawn in. There is real honesty here. Certainly this is no warts and all doc; the only exposé moments are when it reveals that Taylor Swift knows the f-word and that she puts ice in her wine, but the film and its subject definitely have some genuine, important and inspiring things to say.

The early part of the documentary concentrates on Swifts rise to fame and her experiences of dealing with, and trying not to be defined by, the adoration. It also details the episode when Kanye West undermined her on stage at the MTV Music Video Awards. Taylor discusses how she felt about this without comment on West’s action but the edit manages to show him as a real arse, both for what he did on the night and for how he responded afterwards. Tied to this is a look at what this whole period did to her self esteem and this leads to her discussion of a previously unconfirmed eating disorder. At this point the narrative changes a little and the star adds relatability to her already established likability. I have absolutely no doubt that Taylor Swift opening up about this will help young people suffering the same thing and you have to applaud it.

Building on this the documentary goes on to cover the high profile sexual assault case that followed her being groped by DJ David Mueller. Following her reporting of the incident to the radio station bosses Mueller was fired and sued Swift for damages, assuming again that he could just take what he wanted from this successful young woman. Taylor Swift’s response was to successfully counter sue him for sexual assault for a dollar. I was aware of this more than I was Kanye West’s bullying and I remember her approaching the whole episode with dignity.

None of the following is covered in this film but I recall Swift’s direct and unflustered response to legal interrogation such as when it was pointed out that Mueller’s girlfriend had been standing closer to her at the time and she responded to say ‘Yes, but she did not have her hand on my ass.’ or when she was asked if she was critical of her bodyguard not doing anything about it and she said ‘No, I’m critical of your client sticking his hand under my skirt and grabbing my ass.’ Also when she was questioned about her role in the guy losing his job she replied ‘I’m not going to let you or your client make me feel in any way that this is my fault. Here we are years later, and I’m being blamed for the unfortunate events of his life that are the product of his decisions—not mine.’

What the documentary does show is her talking about how it made her feel and how she was labelled a liar. This again cannot do anything but good for women in similar positions.

The final part of the film centres around her decision to get political and the advice she ignored against this. Once again this is a woman wanting to use her success and influence to bring change. I don’t believe she did anything more than endorse the Democrat candidate in Tennessee at the time but she is a little more vocal about Trump and his Party here.

Of course, as a woman who has not previously worn her heart on her sleeve but has always put her experiences into her songs we get the related hits; This Is Why We Can’t Have Nice Things for Kanye, Look What You Made Me Do for Mueller and new tune Only The Young for Mr. Trump.

Clearly I have been impressed by Taylor Swift before and I have to say that I am only more so now. I think those people who have said she is being cagey and fake are themselves being uncharitable and are missing some fairly big points. I’m fully aware that most on my readership are well over thirty and as such mostly aren’t Taylor’s demographic. In light of this I’m not going to urge you to watch Miss Americana if you’re not already going to but I hope the audience that the film is aimed at, including my own children, do.