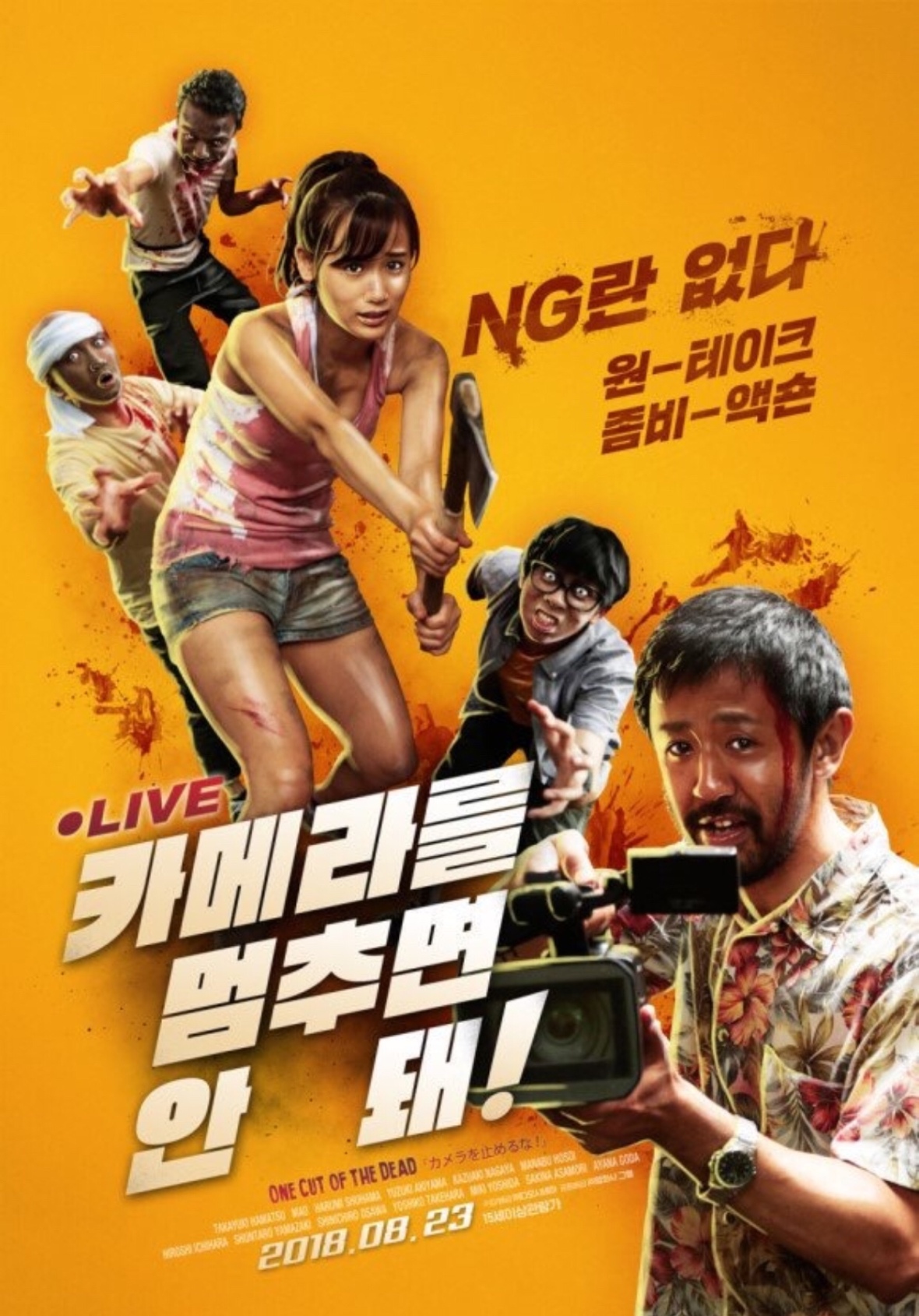 I don’t want to say much about One Cut of the Dead but I will say that it is totally unlike any film I have seen before and I don’t get to say that very often.

To give much more away would be to ruin the surprise but it starts with a young girl facing off against her boyfriend who has just been turned into a zombie and goes off in some very interesting directions from there.

The most important thing I can tell you about the film is that you need to stick with it. At the start I didn’t quite know what I was watching and about half an hour in was actually ready to turn it off but then it changed tack. By the end I thought it was quite brilliant and in retrospect the beginning that I had struggled with a little was shown to be brilliant too.

You do need to be able to handle zombie films, which I know isn’t everyone’s preferred genre, but it isn’t too gory and at its heart it isn’t a really zombie film. The movie has a very low budget but rather than trying to hide this, it makes it part of the plot and by the end you will be amused and moved in almost measure.

One Cut of the Dead has already won the coveted Blue Ribbon Award, given out to great examples of Japanese cinema the likes of Kurosawa and Ghibli, and is now up against Shoplifters for the Japanese Oscar. What ever else it wins though you need to reward it with an hour and a half of your time.

One Cut of the Dead had a small cinema release at the end of last year and it now available for home viewing.