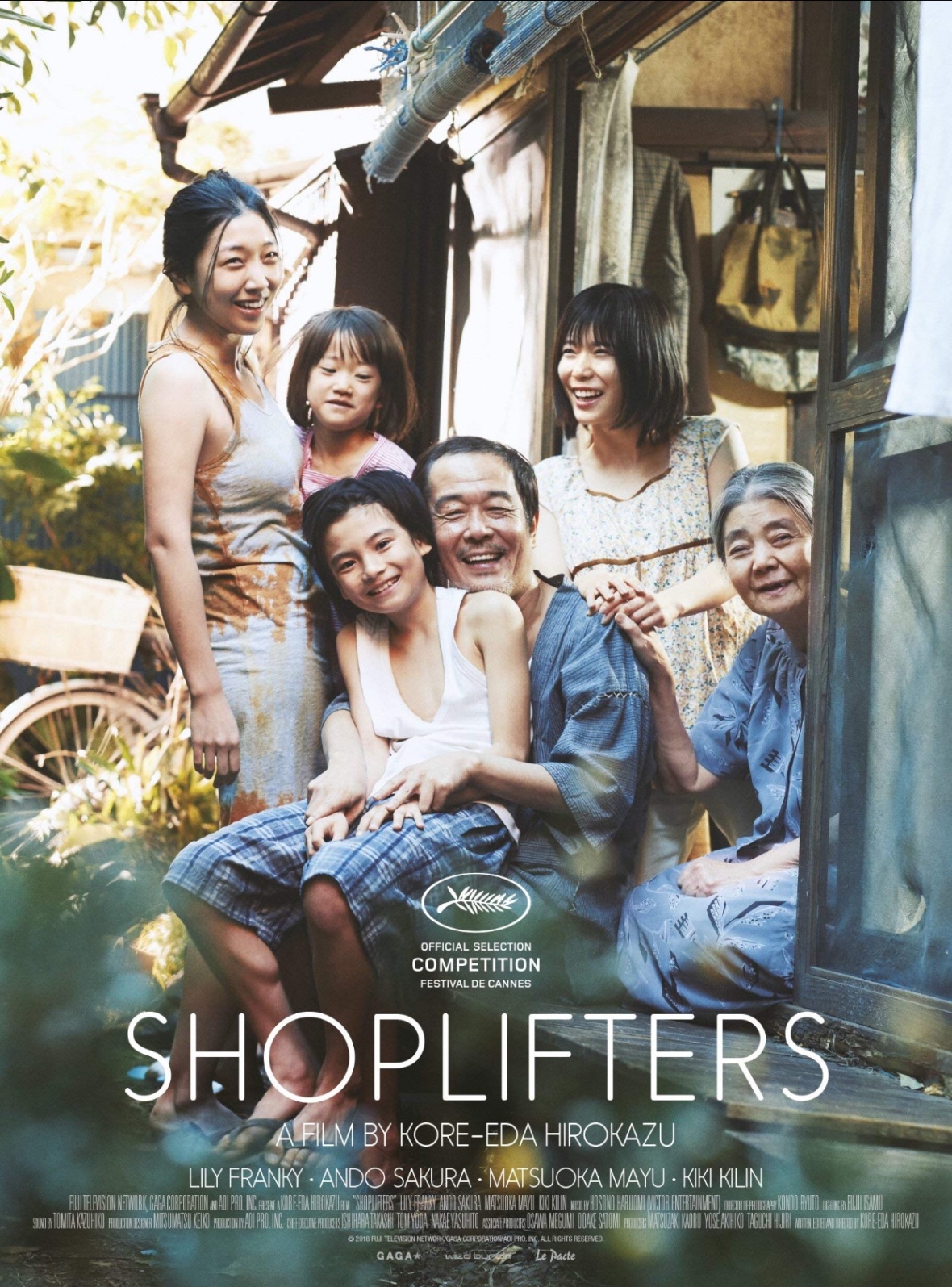 The legal definition of kidnapping is as follows:

An act or instance or the crime of seizing, confining, inveigling, abducting, or carrying away a person by force or fraud often with a demand for ransom or in furtherance of another crime.

Is it kidnapping then if you find a five year old child locked outside of her house in freezing temperatures, the sounds of her parents arguing about never wanting her coming from inside, burn marks all up her arms and you take her to your own home. Consider also that the child expresses absolutely no desire to return and is undeniably happier and safer with you. Is that kidnapping or is it rescue?

This is just one of the ethical (if not legal) questions subtly explored in this film. Shoplifters tells of a family group unbound by conventional ideas or morality and without judgement leaves it’s audience to decide whether their actions are selfish or harmful to others. They are certainly deceitful and categorically criminal (the title of the movie comes from their main method of making a living) but does that mean these people are necessarily in the wrong? This makes the film sound like a heavy ‘what would you do?’ think piece but it isn’t that at all. Japanese director Hirokazu Koreeda has created an often touching, regularly intriguing and always compelling portrait of people who get all the connection they need from one another to such an extent that they don’t really consider anyone else.

Is isn’t really a similar film but Shoplifters put me in mind of The Florida Project. Both films depict a financially lacking under culture on the edge of a wealthy city, both feature excellent performances from the children in the cast and both say a tremendous amount about the nature of family. It is in this last respect that the two movies go in totally opposite directions though because while The Florida Project says that the bonds with those you are related to are important, this film says they are irrelevant. What if you can chose your family?

Shoplifters isn’t as powerful a film as The Florida Project but it is cleverer and has greater artistry. I still love The Florida Project more but the way Koreeda has put this together is masterly. There is such a lightness of touch but with no compromise to the impact of the storytelling. No one is manipulating your emotions here, the characterisation is not trying hard to make the players likeable and it isn’t asking you to come down on any side of those ethical conundrums but it will stay with you long after the credits have rolled. There are other movies that work as well with the medium of film but few that do so in such, almost imperceptibly original, ways.

One thought on “Shoplifters”