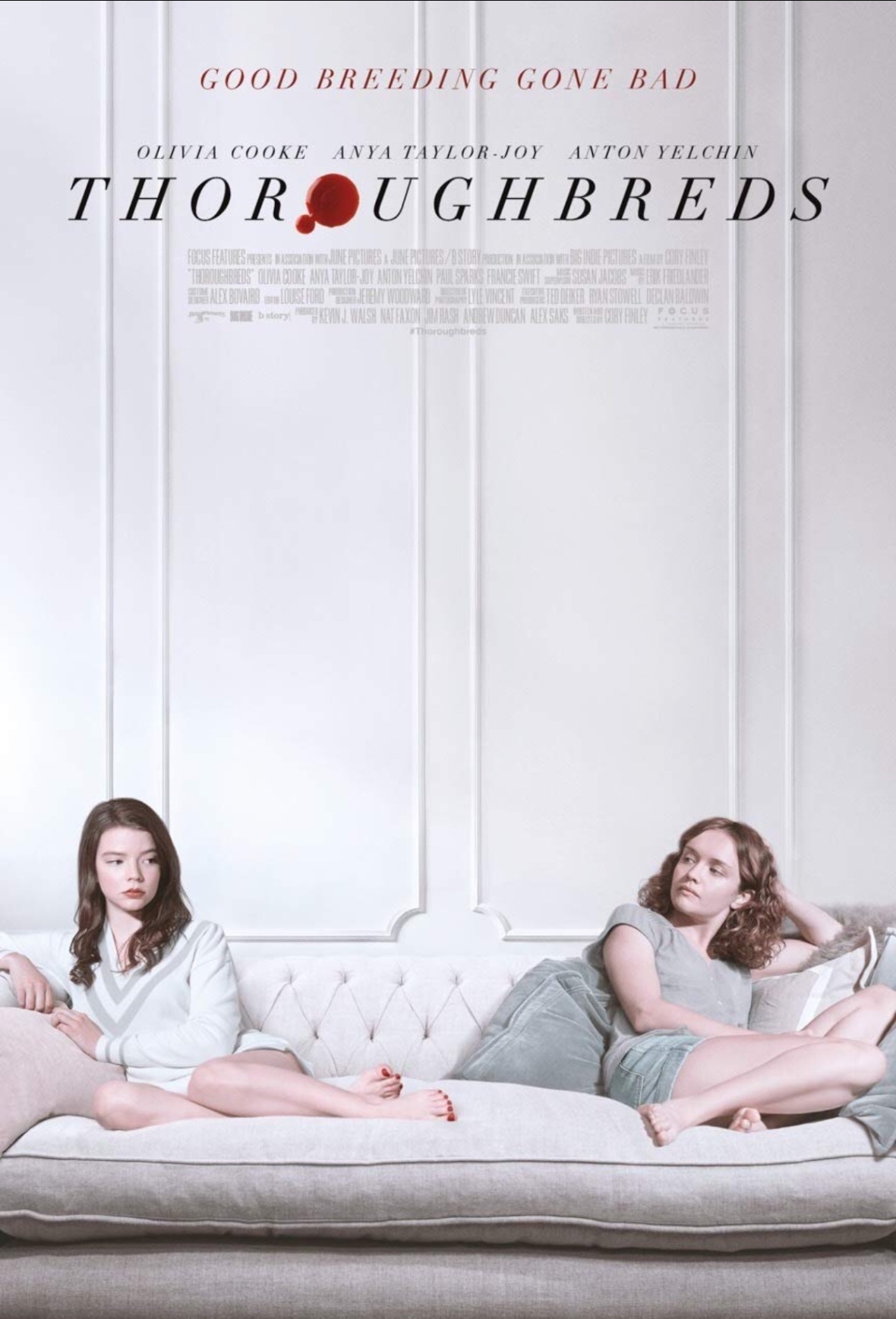 Olivia Cooke, who was so brilliant in ITV’s recent adaptation of Vanity Fair, is equally strong in this film about two young women who decide to take drastic action against an oppressive step-father. She is not anywhere near as playful here though and these performances as well as her work in The Limehouse Gollum, Ready Player One and Me, Earl and the Dying Girl show her to be one of the most exciting and versatile new talents to have arrived on screen in the last five years.

One of the other young female actors to have made a similar impact recently is Anya Taylor Joy, from The Witch and Split, and pairing the two together in a movie with a smart and compelling script from debut director Cory Finley pays off exactly as you would want it to. Thoroughbreds has drawn fair comparisons with Heathers (also out on Blu-ray in a shiny new 30th Anniversary edition) but it also put me in mind of Beautiful Creatures. Peter Jackson’s film also had two young females violently plotting against a parent and proved to be a great calling card for Kate Winslet. See this now so that you can pretentiously go on about how much you’ve long enjoyed the work of Olivia Cooke when she eventually wins her Oscar too.

Thoroughbreds is available for home viewing.