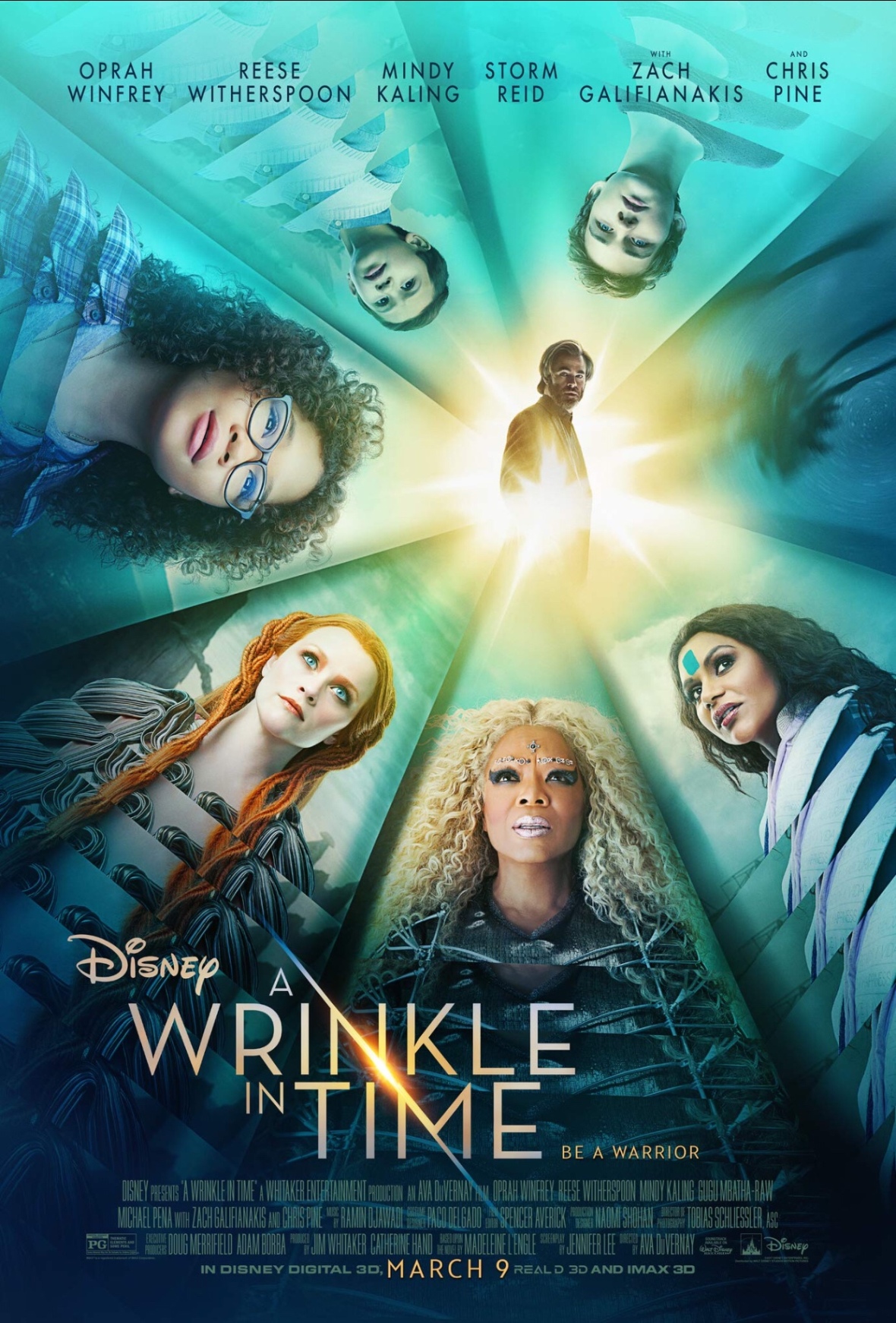 Brie Larson was quite critical of the critical response to A Wrinkle in Time. Speaking at a Women in Film Awards event she said the poor media response to the film was due to the lack of diversity among critics. “I don’t need a 40-year-old white dude to tell me what didn’t work about A Wrinkle in Time,” she said. “It wasn’t made for him! I want to know what it meant to women of color, biracial women, to teen women of color.”

She’s not wrong of course but I wonder if she saw the film. I am a 40 year old white dude (give or take) and irrespective of what Larson needs I am going to tell you what didn’t work about A Wrinkle in Time because mine is the only opinion I have.

The book this is adapted from is a children’s fantasy classic that examines concepts of mortality, conformity and humanity and in some quarters is considered comparable to the works of C.S Lewis and Michael Ende. Unfortunately the film is a little silly.

I’m afraid that from my point of view the heavily featured Carrollesque characters of Mrs. Which, Mrs. Whotsit and Mrs. Who played by Oprah Winfrey, Reese Witherspoon and Mindy Kaling really don’t work on the screen. The many scenes that they are in at best overly whimsical and at worst a little boring, at least to my adult Caucasian eyes. The parts of the film that leave these three behind and concentrate more on a straight adventure with the three child leads are better. The young actors are all strong, but overall, for me, this is a disappointingly uninspiring movie.

Brie is spot on though; I am not the intended audience. I recognise the real value of having a young black girl as the main protagonist and Storm Reid’s Meg is an excellent role model but as much as this will be a favourite for many I think it is unarguable that it could have been a better film.

A Wrinkle in Time is available for home viewing.