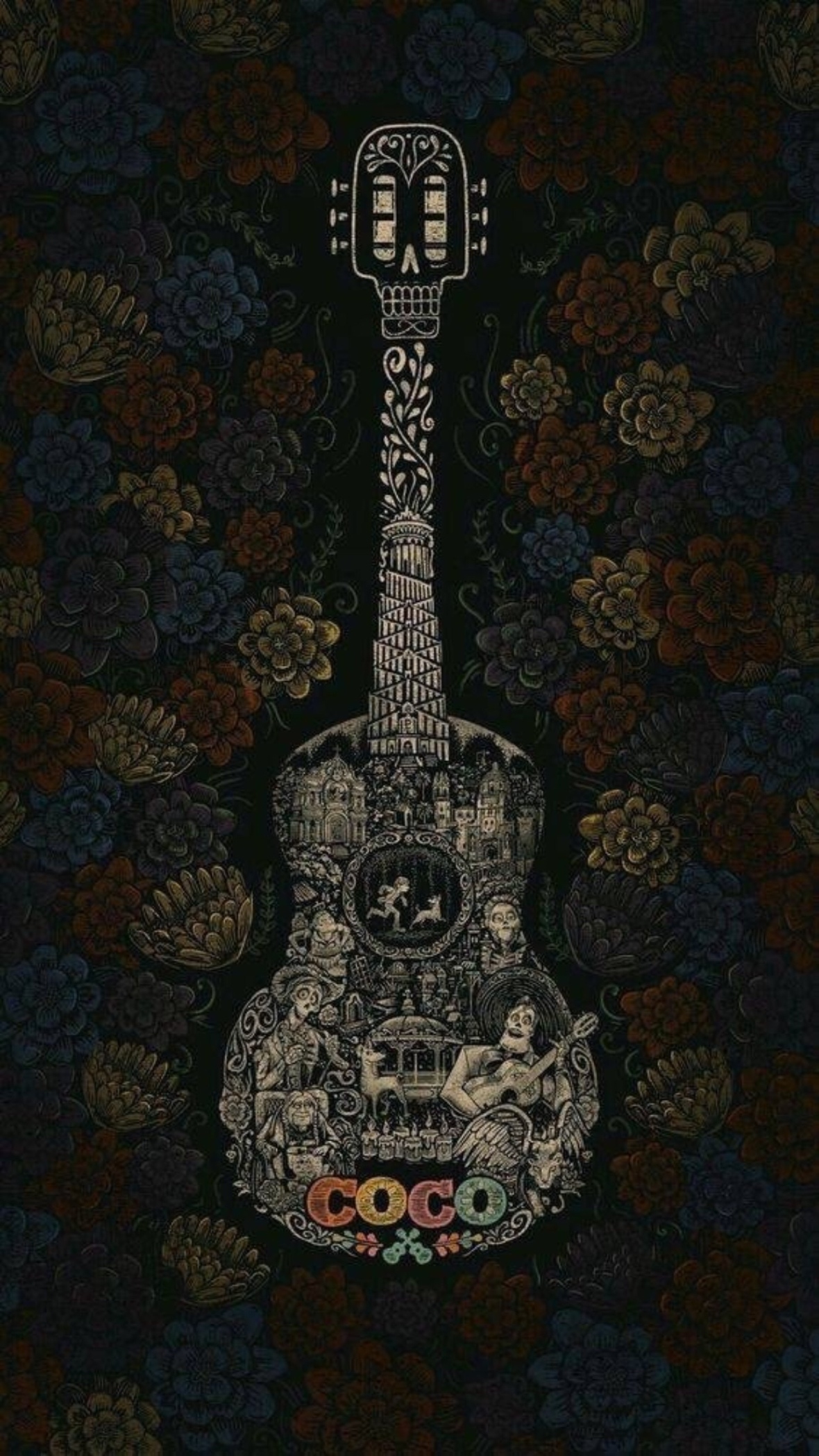 The UK trailer for Coco made a big thing about how Pixar, the animation studio that took audiences under the sea in Finding Nemo and inside the human mind in Inside Out, was now taking us to a world we had never seen before; the Mexican land of the dead. A world we had never seen before unless we’d seen the 2014 movie The Book of Life that is. That CG film, like this one, features people traveling between our existence and the after life and also has design elements borrowed from traditional Día de Muertos imagery. Beyond that though, and the concentration on music, these two films are not that similar. Certainly this world is big enough to host both stories in the same way that the fourth planet from the Sun can happily entertain both The Martian and Total Recall. Thematically and stylistically Tim Burton’s Corpse Bride shares almost as much. There are parts of Coco that are less than original, the narrative montages and the adoration of a departed hero borrowed straight from Pixar’s own Ratatouille, but it presents an adventure that will surprise and charm in ways that are entirely its own. 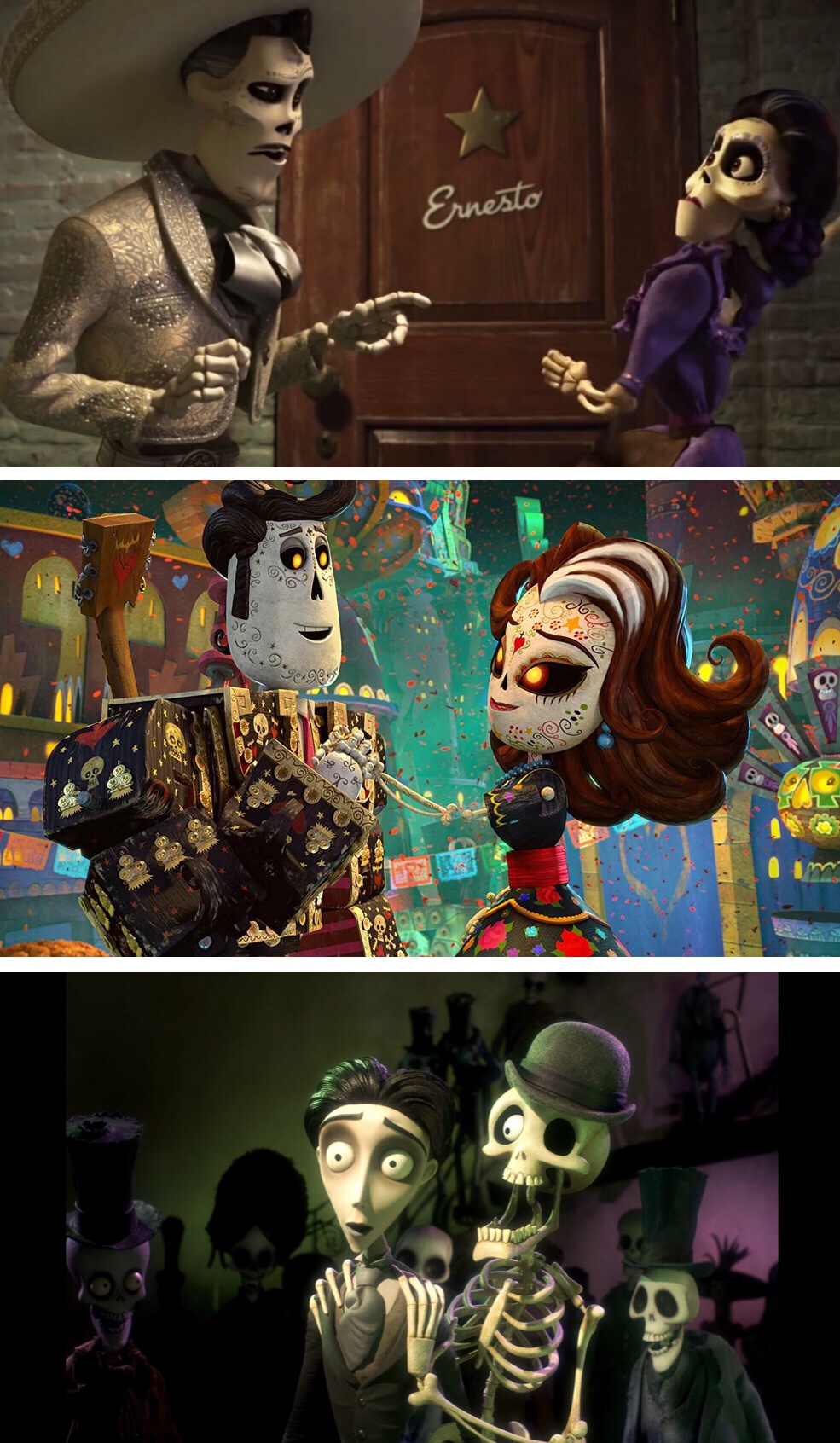 In recent years Pixar have gone from being one of the most consistently incredible animation studios to one of the most incredibly inconsistent. These are the people who gave us the beautiful Up and the sublime Toy Story 3 but more recent films Cars 3 and The Good Dinosaur were shamefully underwritten. The aesthetic artistry has never waned though and the stunning backgrounds seen in that last film mentioned are now paired with sophisticated storytelling. Coco isn’t up there with Pixar’s best as it doesn’t quite have the same character development (although one character’s shift from comedy relief to romantic hero is brilliant) but it explores emotional motifs in a way Dreamworks can only dream of.

The plot centres round twelve year old Miguel who wants to be a mariachi but his family have gone all Footloose and banned music and dancing. Only being able to connect with his dementia ridden great grandmother he runs away and ends up strumming a magic death guitar that sends him to the other side. While it lacks the surreal imagination or intelligence of the brain/soul/psyche/ world of Inside Out their domain of the diseased is a real wonderland filled with spectacular mixed architecture buildings and beautiful creatures based on the folk art Alebrije sculptures of Pedro Linares.

The finest Pixar movies have not just appealed to the eye though but to the heart and here Coco does not disappoint. Miguel’s relationship with his great grandmother, the Coco of the title, is really sweet and the way it unlocks the woman trapped by her illness is touching. The Book of Life was a fun film which Coco easily matches but this latest day of the dead story wins out in terms of tenderness and what it has to say about being alive.

Key to the plot is the tale of a woman who was left by her husband and worked hard to be a success in her own right, rising to become a great matriarch. There’s a strong feminist message in that.