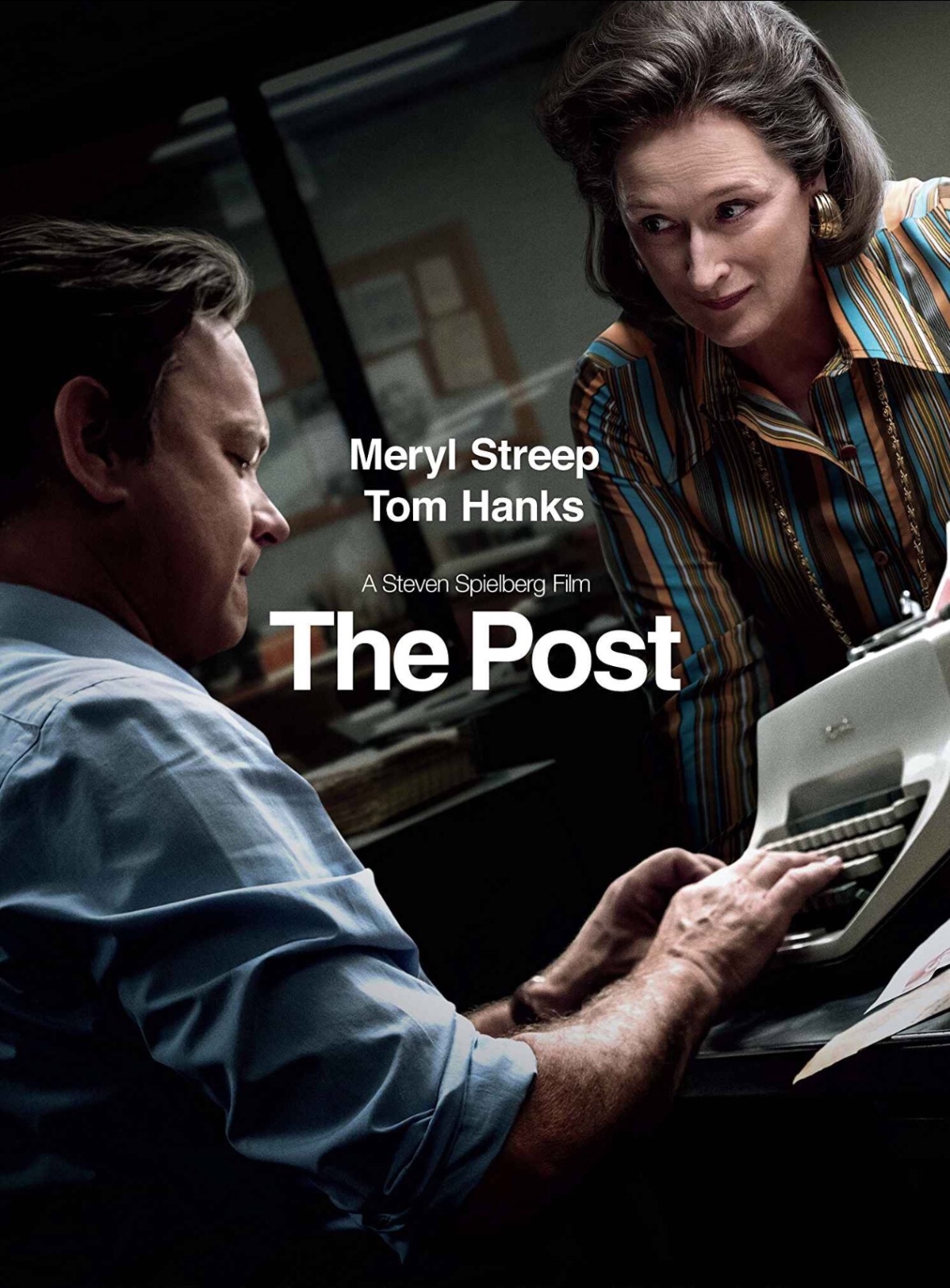 It’s taken a year but with The Post we have the first anti-Trump feature film. Although in terms of its production the movie has taken less than a year. Shooting didn’t start until last May and twelve months ago stars Meryl Streep and Tom Hanks hadn’t even seen a script. Such is this historical picture’s relevance to current times that Steven Spielberg has done all he can to get it into cinemas as soon as possible.

The film is about Katherine Graham, owner of the Washington Post, and Ben Bradlee, her editor, as they make the decision to publish details of The Pentagon Papers in defiance of sitting President Richard Nixon and possibly in defiance of the law. This is a movie about how the free press should stand up to the leader of the free world, about how those that report the news should not be intimidated by the arrogant bullying of an unfit and deceitful commander in chief. Now is definitely the time to tell this story.

The Pentagon Papers were a set of confidential government reports written in 1967 on the state and progress of the Vietnam War. The documents made it clear how the U.S Government, under Eisenhower, Kennedy and especially under Johnson and Nixon had been secretly bombing Cambodia and Laos, running covert missions into North Vietnam and how they had been lying about this not only to the public but to Congress as well. Essentially it showed that the office of the President had known that victory was unlikely in Vietnam but still they had been sending more resources and sacrificing more troops in an attempt to save face. The papers were leaked first to The New York Times and then to The Washington Post in 1971 when the conflict was still raging on.

Of course following on from publicising this scandal Katherine Graham and her newspaper went on to expose Watergate but this is the part of the tale that needs to be showcased. Not just because All The President’s Men already featured Watergate but because this film is about standing up to a President, not bringing one down. It is also important that it centres on The Washington Post’s part in this rather than The New York Times’ (if there is any historical inaccuracy in this it is in playing down The NY Times’ involvement) because this is a woman’s story. (Interestingly Graham did not feature at all in All The President’s Men, where Tom Hanks’ Bradlee was played by Jason Robards.)

The Post has a strong feminist message but only in that it tells of a woman standing up for herself in a male dominated profession rather than demonstrably showing someone sticking it to the man. No one is deliberately sexist toward Graham, she is respected, but she is constantly underestimated because of her gender. As portrayed by Streep she doesn’t believe that she is up to the job she has inherited following her husband’s suicide either but as history asks her to step up, her story begins. As she is forced to make important decisions she goes from being Florence Foster Jenkins, unsure and naive, to Miranda Priestly, decisive and confident. In thirty one films this is only Spielberg’s fourth female protagonist but just like The BFG’s Sophie, Celie in The Colour Purple and Goldie Hawn’s Lou from The Sugarland Express there is authentic fortitude in how she is presented. Hanks is great, of course, but this is one of his rare supporting roles. There is a really strong scene where he thinks that he is the most important player but Sarah Paulson as his wife beautifully womansplains to him how he’s really not.

This is not the showy Spielberg of Jurassic Park and Indiana Jones (and no doubt March’s Ready Player One), it is the more reserved director of Schindler’s List and Lincoln. Still though The Post manages to present office conversations in a way that is as compelling as a shark approaching the beach or close ups of printing presses as eye catching as close encounters with aliens. It is a superb film and I hope it inspires the right people in the right jobs to stand against those totally unfit for theirs.