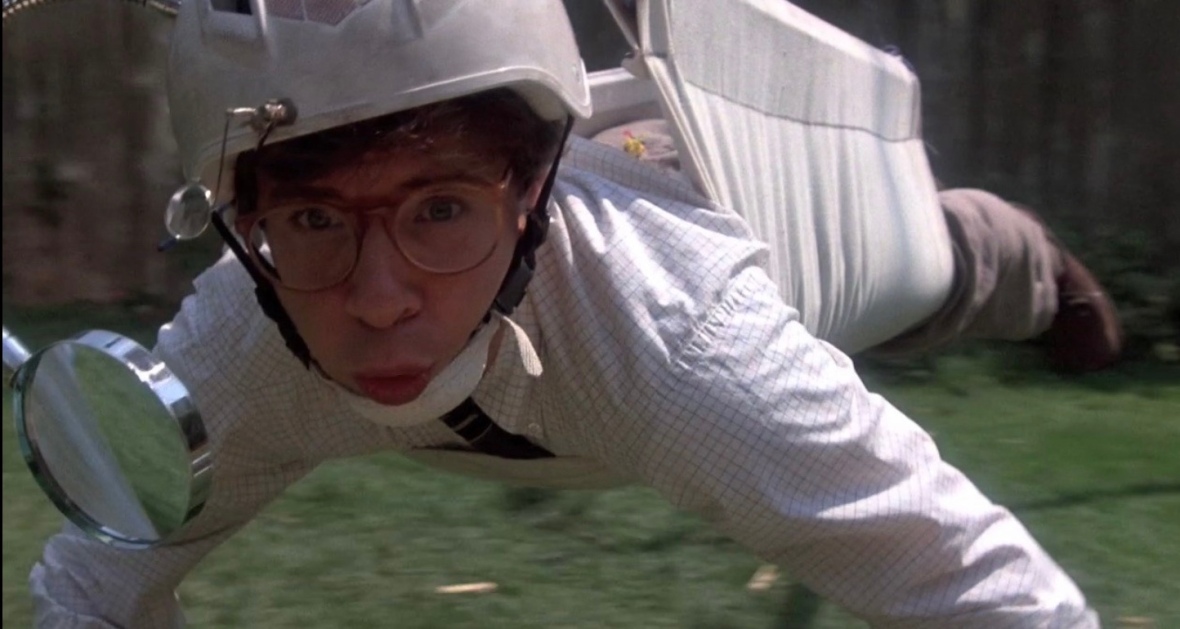 I have two theories as to why they are rebooting/remaking Honey, I Shrunk the Kids. First off, I think they saw Ant-Man and realised that visual effects technology is now such that they could make it look really good. I’ll come back to that one shortly. I also think they are doing it though simply because Rick Moranis said he would come back for it.

Rick Moranis stopped appearing in films in 1997 (he has done voiceover work in the ensuing years), his last movie being the third in the Honey series; Honey, We Shrunk Ourselves. The film went straight to video release but actually its quite good. Even in the eight years since the original, the special effects had improved significantly and the performances, Moranis especially, are all strong. It was actually the first of Disney’s deliberate straight to video releases that mostly consisted of sequels to their classic animations but included a second Inspector Gadget movie and a surprising number of follow ups to the Air Bud film about a basketball playing Golden Retriever. This was back when the company first realised there was big money in home viewing.

The reason for Moranis’ early retirement certainly was not that he wasn’t a big enough name to open a film in a cinema anymore, it was because his wife had passed away and he wanted to spend time looking after his children. It wasn’t an immediate thing, Ann Belsky had died in 1991 before Moranis made Honey, I Blew Up the Kid but as his own kids grew up he made the choice for them to become his sole priority.

Obviously his children are adults now but it is noticeable that Moranis didn’t choose the Melissa McCarthy/Kristen Wiig Ghostbusters film as his return to the screen when most of his co-stars from the original film, Dan Aykroyd, Bill Murray, Ernie Hudson and Annie Potts were in it. As far as we know he isn’t in Ghostbusters: Afterlife either.

It is understandable why he would want to revisit Honey, I Shrunk the Kids as it is among his finest work. His top performance is obviously in Little Shop of Horrors and he is brilliant in Ghostbusters and Ghostbusters II but these are goofy characters. He is also great in Parenthood but it’s a straight role and Moranis was best when he played it a little silly. Honey, I Shrunk the Kids and it’s sequels were where he found the perfect balance; not too crazy but not totally sane either. For all it’s adventure as his miniaturised offspring battle across the backyard, the best parts of the film are when Moranis is looking for them, kitted out with lights and magnifying glasses fitted to a helmet and suspended over the lawn. The child cast are okay but he is definitely the star. (This said, erstwhile Max Headroom Matt Frewer is also excellent in a significant supporting role.)

To be fair, most of the younger actors’ scenes are over shadowed by the dated effects. It was all probably groundbreaking at the time but if you sit down with your own kids to watch this, they are going to find it distracting. The giant blades of grass and the huge clumps of earth look plastic and while the animatronic ant is impressive enough it looks it ought to be attacking The Thunderbirds. The proportionate sizes of different things often don’t work either (Although it isn’t as bad as Cats in this respect).

All of this will be fixed by the Ant-Man method. The trick with the shrinking scenes in the Marvel films is that they didn’t build oversized versions of anything, they shot everything for real in close up and digitally placed Paul Rudd into the footage. The ideas behind Honey, I Shrunk the Kids could work as well now as they ever have but Hollywood it in a position to realise them better.

As long as they’ve got Rick Moranis. 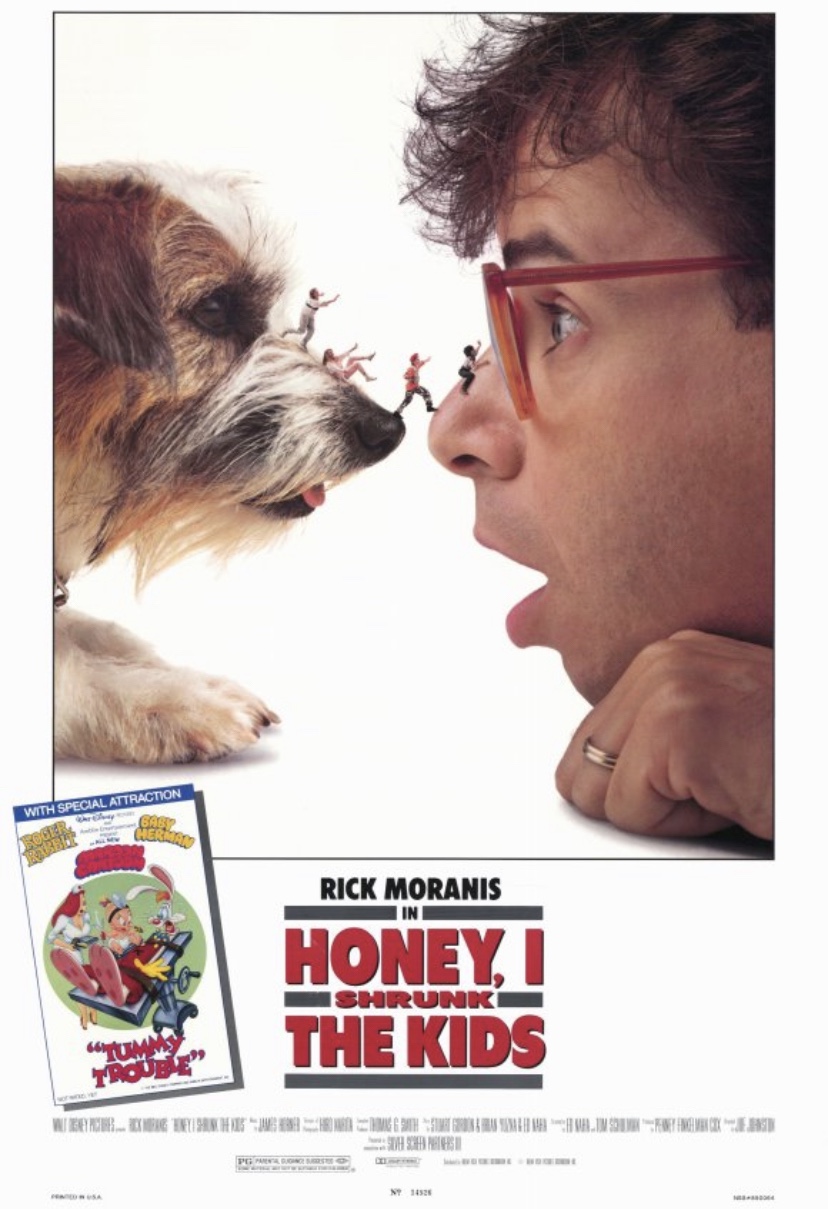 Honey, I Shrunk the Kids and its sequels are on Disney+, as is the Roger Rabbit cartoon the first movie originally screened with. Find it in the extras for the Who Framed Roger Rabbit feature film.