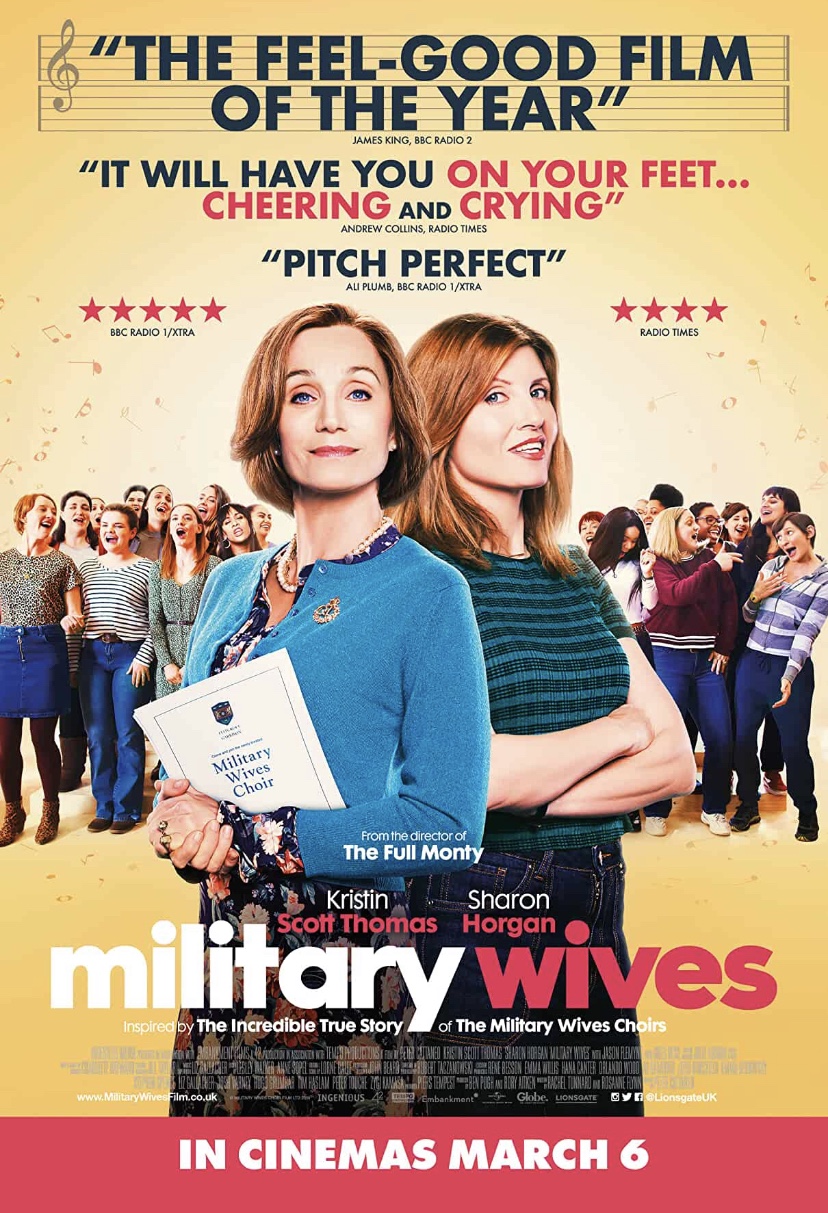 Military Wives tells the story, no wait; it tells a story of the women, no wait; of some women who started the, no wait; who started a choir comprising of the spouses of soldiers fighting in the Afghanistan conflict. It purports to relay the circumstances that lead to the famous Military Wives group coming together and performing at the 2011 Festival of Remembrance at The Albert Hall, before going on to release a single and getting the Christmas Number 1. It purports to relay these events but actually it doesn’t; it tells a totally different narrative that is ‘inspired by real events’ but largely ignores them and makes everything up instead. The Albert Hall is still there but this is a tale of women taking control and beating the odds, largely without men to help them so Gareth Malone and the reality TV show that truly established everything are written out (as he’d probably want under the circumstances).

Truth be told (or not) this is probably a better story for a movie. The TV show already tells the real story anyway. Two women in conflict, finding a way to work side by side to bring a disparate selection of people together in seemingly powerless circumstances. It’s cheesy and it’s really just a shallow piece of fluff, but it’s engaging.

Well, it’s mostly fluff. There is about twenty minutes of the film, starting around the one hour mark, where the realities of war come home and it starts to examine grief and loss in an actually quite powerful way. It’s not sustained and it all turns back to cliche but by this point it has earned its ending. There’s clumsily resolved family drama, an argument where people say things to each other that people would only say in a soap opera and never in real life, there’s success snatched from disaster and there’s a lovely denouement where it all works out for the best. There’s also the corniest choice of song leading up to the closing credits. You forgive all this though because it got serious for a bit in the middle.

The authenticity of these crucial moments rest on the performance of Kristin Scott Thomas who also lifts the film substantially. There is a solid enough ensemble cast around her, headed by a effortlessly amiable Sharon Horgan, but without an actor of Scott Thomas’ calibre it wouldn’t work. Jason Flemyng takes the CO part that Jim Broadbent is now a little old for but he barely registers. It is clear who the movie belongs to.

Military Wives is not essential viewing but you could do worse on a quiet night in.

Military Wives is on iTunes now and the high £15.99 rental price is because under any other circumstances it would still be in cinemas.