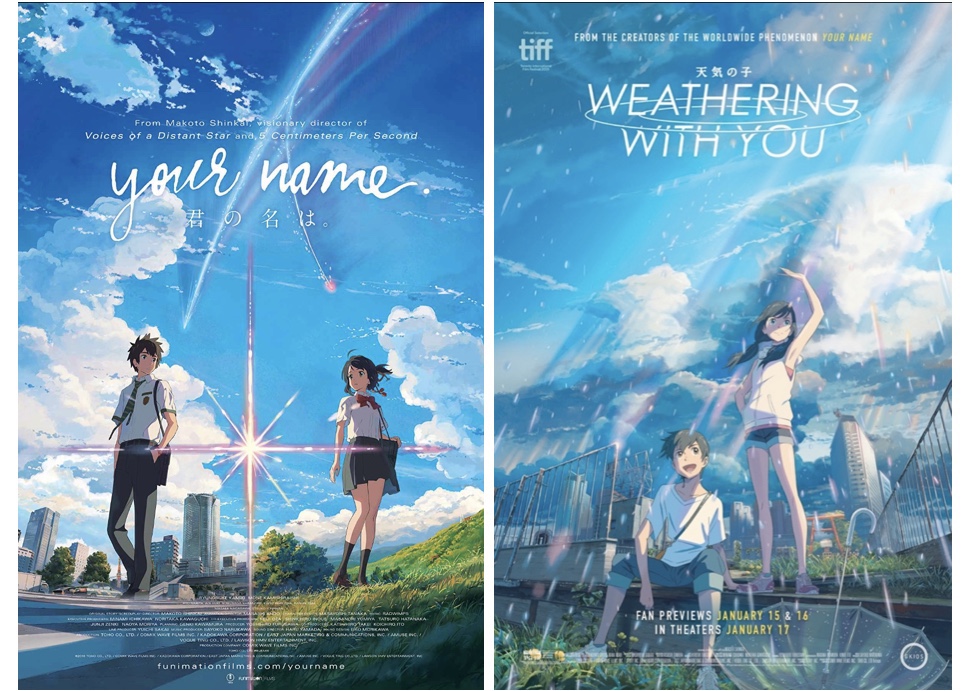 Wall art is nice to look at, it has quite the reputation for it.

In my experience though, those moments where you stand in front of a painting and truly have your breath taken away by the almost incomprehensible beauty of the thing are quite rare. I felt it when I visited Milan and first saw daVinci’s The Last Supper and was similarly rewarded when I sought out the Vermeer paintings on display in Amsterdam. I also remember having the same experience with Monet’s ‘Grainstacks at the End of Summer, Morning Effect’ which hangs in the Musée d’Orsay in Paris.

While I consider cinema to be a proper art form though, I do have to admit that having this same reaction to a movie is even less common. I totally adore films for all kinds of other reasons but it isn’t often because of an instant response I’ve had to a single held image on screen. Films can be exhilarating and you can be moved by the story and the performances. You can even be wowed by the cinematography or set design but not generally by the visual impact of an isolated shot. Neon Demon managed it on occasion but nothing really truly hit me in the way I am describing until Japanese animation director Makoto Shinkai’s Your Name. I cannot overstate this, the scenery and vistas of this film are absolutely spectacular. The movie is genuinely something special and I’ve never seen this new fangled CGI animation create anything to match it.

So good is it that this alone would be enough, but actually it also has a complex and compelling narrative that deftly mixes real life and fantasy and some delicately touching depictions of human connection. The plot is essentially a body swap story, with two teens randomly discovering that they are regularly waking up in one another’s lives. It’s no cheesy Vice Versa or Freaky Friday though and it does something with the concept easily as original as Being John Malkovich, ramping the drama up to a surprisingly epic scale.

As if I’ve not done enough to show how much I liked Your Name, I’ll tell you that when I ranked my top fifty films of the last decade it came in at number six.

Needless to say then that I’ve been quite excited to see Shinkai’s follow up film Weathering With You.

Evidently Weathering With You had a lot to live up to in my mind but I wasn’t a bit disappointed. While the imagery is still stunning I didn’t find it as consistently amazing as its predecessor. This may just be because it came second though. There are certainly some equally wonderful bits to gaze at and there is one particular scene with fireworks that may even eclipse the similar shots of a meteorite streaking across the sky in Your Name. Sky is a big thing for Shinkai and both films feature glorious representations of the troposphere.

Whereas those skies are star lit, full of the morning sun or turning deliciously to dusk in Your Name, in most cases with Weathering With You they are filled with rain and this might be what limits the power of the pictures to some extent. There are exquisite shots of the water droplets hitting the Tokyo pavement but when the precipitation is in the air it is inevitably a little duller. The story is once again of two teens and again has a thaumaturgical element as the girl is able to control the weather. Of course when she brings the sun this is marvellous but by the demands of the narrative this does not happen less than it does. 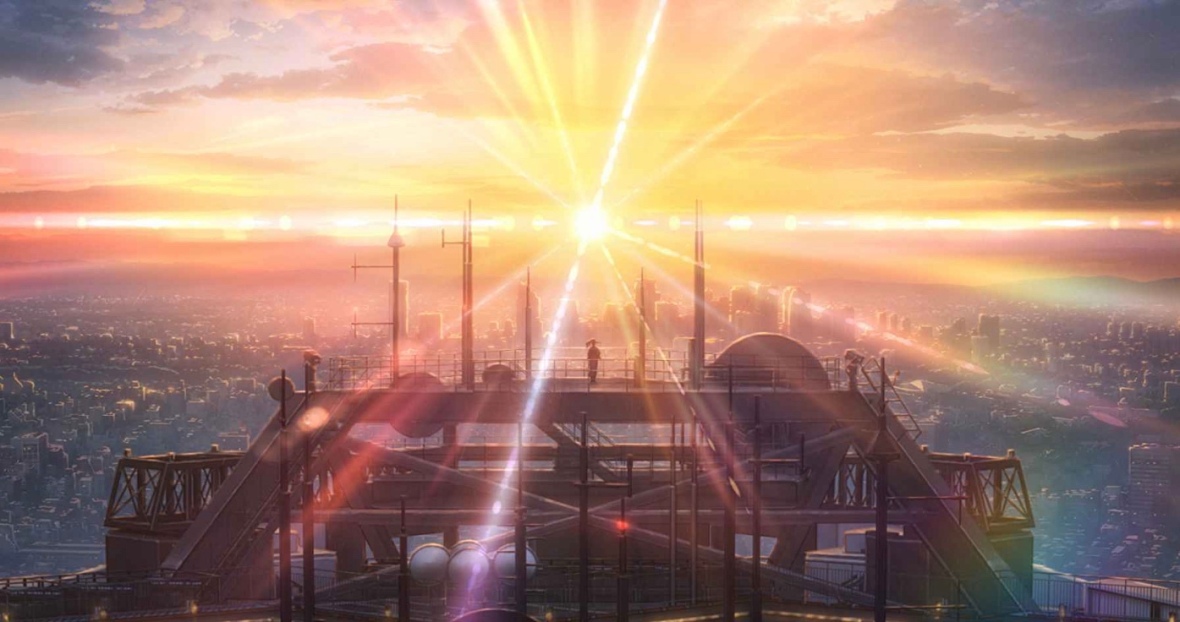 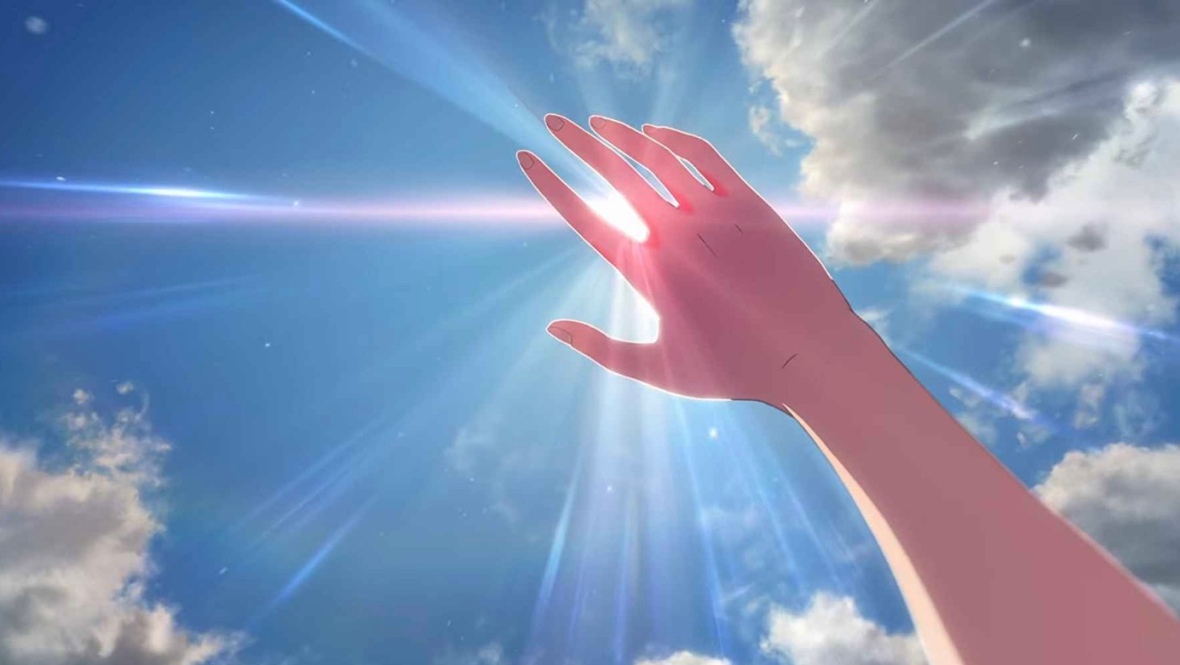 There are aspects where Weathering With You wins out over the film it follows. This seems even more magical and the love story is probably a little bit stronger. Romeo and Juliet portrayed the passionate love of adolescence where the concerns of the world mean nothing when set against two young people‘s need to be together and this film takes this even further than Shakespeare. There is a genuineness to the relationship Hina and Hodaka build but also delightful metaphor in how it plays out with her bringing the sunshine to his life and their companionship outweighing the importance of anything else on the planet.

So maybe Weathering With You didn’t blow my mind in the same way as Your Name but just as with that film while watching it I once again felt my heart expand in my chest, the pressure of which began to push water toward my eyes. Shinkai demonstrably takes us back to the world he created before from the visual style to the music, again being provided by rock band The Radwimps, and actually with the building trend for cinematic shared universes it is a thrill to see briefly that this is literally the same reality as that of Your Name with a couple of significant returning characters.

Makoto Shinkai’s new movie is thrilling, spellbinding, emotional and aesthetically bewitching. If you’ve seen and enjoyed Your Name (one follows the other) then you’ll be enrapt in this too and if you haven’t, well then you’ve got two treats in store.

The gender politics feels a little different to what you’d expect from an American or British film. Both movies have a slight fascination with boobs which is quirky yet quite endearing and certainly not salacious. Your Name and Weathering With You equally present strong women and not only with the female protagonists. Also to be fair, from Ghibli to Shirow Masamune, this is typical of manga films.

Crucially the high emotion and histrionics are not limited to the ladies.  If anything it is the other way round with all the overwrought behaviour coming from the boys so that provides a bit of balance and something else to celebrate with these movies.