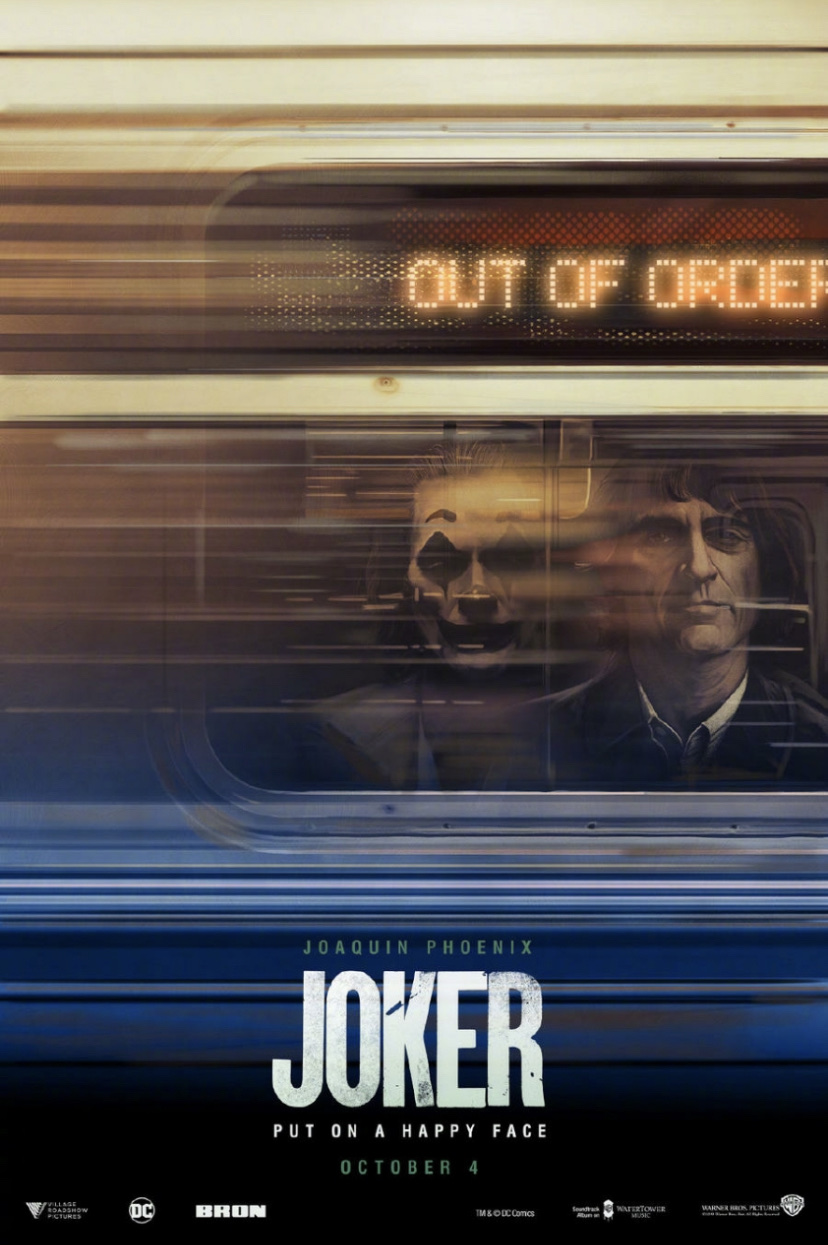 I didn’t like my reaction to Joker. I’m not just talking about the fact that it upset me, I wasn’t comfortable with how I took against it. It made me feel reactionary and moralistic and I hope these are traits that I don’t normally display, especially not in relation to cinema which I think ought to provoke thought and push boundaries. Nonetheless my thoughts on Joker felt like they might be leaning in this direction.

I’ve had a lot of conversations about the film this week, both face to face with people and online. (If you’ve been involved in these discussions then you’ll have heard much of this already.) I know I’m not alone in my objections and I did find one person that felt as I did but most people I speak to are heralding it as a good and applaudable piece of work. I’m not arguing with how well made it is, and Joaquin Phoenix’s performance is excellent, but I don’t think it was right to take a very real world type of killer and put him in this kind of film. I hear those who say it is a powerful depiction of what causes people to commit such crimes and I accept that it is important to help people understand why some humans are driven to cold murder in this way but it shouldn’t be done in this film and it shouldn’t be done with this already established character. Examine these themes on screen by all means but not in a the context of a comic book movie and not with the Clown Prince of Crime. Foxcatcher did something like this well, so did We Need to Talk About Kevin and July 22 tackled the subject respectfully too. In a Batman film though, isn’t that a bit trite? (This totally is a Batman film too. They even play out that theatre alley scene AGAIN. Yes, we’ve all danced with the devil in the pale moonlight, several times thank you!)

Related to this, but more problematic, is the way the film sets its protagonist up as some kind of antihero. I’ve been thinking about other mainstream films that centre on psychos, movies like Psycho and American Psycho for example, and while some of these may ask you to identify and even sympathise with the killer, they just don’t ask you to side with them in the way that Joker does. Whether it is all in his head or not, this Joker does generate a rabid following in the film and to some people that may be seen to be in some way celebrating his actions. The same thing happens in Bonnie & Clyde (and The Highwaymen) but in these cases the film takes a very definite position against it and here they don’t. It’s possible they are making a statement about Trump and his misguided supporters but if they are they’ve fumbled it. In the end I do think the director is trying to say, ‘look, this guy is kinda cool’, at least a little bit, and they should have steered right away from this because it is a very dangerous message. That bit at the very end, where Joker is running away from the guy in the asylum reminded me of something I’d seen in another film and I couldn’t work out what. When it dawned on me that it I was finding it oddly reminiscent of the fun moment when Heath Ledger (still the best Joker) is running away from the campus guards at the sports ground in 10 Things I Hate About You then my heart really sank. I shouldn’t be able to make those comparisons.

If you think that the film makers are not deliberately setting up the audience to support their Joker then consider the unresolved scene with the neighbour and her little girl? I know it is left ambiguous but there is every likelihood that Arthur murdered these two people and the reason they didn’t show it must be because they thought it might be too much and that it would turn viewers against him. In doing this though they are saying that all that other stuff you see him do, all those other people you see him kill, is acceptable. It’s not acceptable and suggesting it is, that’s not acceptable either.

One counter argument is that Hollywood has been doing this for years. An illustration of this I’ve read a couple of times is how real crimes were committed by gangsters during the prohibition but it didn’t stop James Cagney becoming a huge star playing this kind of criminal. The James Cagney example is an interesting one though because Cagney’s 1938 film Angels with Dirty Faces demonstrably addresses the dangers of impressionable young people idolising criminals and has Cagney’s character feigning cowardice as he goes to the chair at the end so others won’t hold him in high esteem. It was very much a response to the cool gangster image that he had generated and it worked to puncture this in the same way that Eastwood’s Unforgiven aimed to do with the idea of the heroic cowboy gunslinger. The film pretty much wrapped up his time playing violent mobsters with the message that romanticising these figures was problematic.

There is a strong school of thought that says that the film doesn’t do any of this though and this is an opinion that I have met a lot this week. I respect and understand that my friends did not see Joker this way and they have all put their point across well. I can’t agree though. It occurred to me that the absolute second that some fan chooses to dress up as this Joker at a comic convention is the absolute second that the argument that this character can not been seen as a hero disappears and sure enough, just look at a selection of what thirty seconds on google brought up:

I know people dress up as movie villains at these things all the time but this guy is not Darth Vader; he’s the Columbine High School killer, he’s the Beltway sniper, he’s the Soham murderer, and yes he is the Aurora Theater shooter. I know he is a fictional character but this is the kind of person that is being depicted on screen and that is why it makes me feel so uneasy. In fact even though Pheonix’s Arthur Fleck may be made up, the crimes he commits are not. The story of the film deliberately references John Wayne Gacy and Bernard Goetz. Gacy, nicknamed the ‘killer clown’, dressed up in the red nose and make up professionally for charitable events and kids parties and killed thirty three people. Goetz, on the other hand, shot four young men on a subway train when they tried to rob him and became known as the “Subway Vigilante’ and was held up as a figurehead for people who were angry at the state of society in 80s New York. Does that sound familiar, does any of this sound suitable for a fancy dress party? Is this the kind of thing that should be the centre of a film, that for all of its realism, is part of a series of movies that includes Arnold Schwarzenegger’s performance as Mr. Freeze?

So yes, look into the minds of murderers, examine the way society creates them and fails to bring them back from the brink. Not this way though, not with this film, not with The Joker. I don’t begrudge it the huge amount of money it has made, its not Avatar, and I won’t deny that the debate it has generated is probably a good thing, there are plenty of violent films that probably should be discussed in a similar way. I also liked the bit with the bat-pole. Beyond this though, even though I’ve tried, I just can’t see the shiny side of the coin.

2 thoughts on ““All I have are negative thoughts.” Why I can’t get past my dislike of Joker (spoilers)”