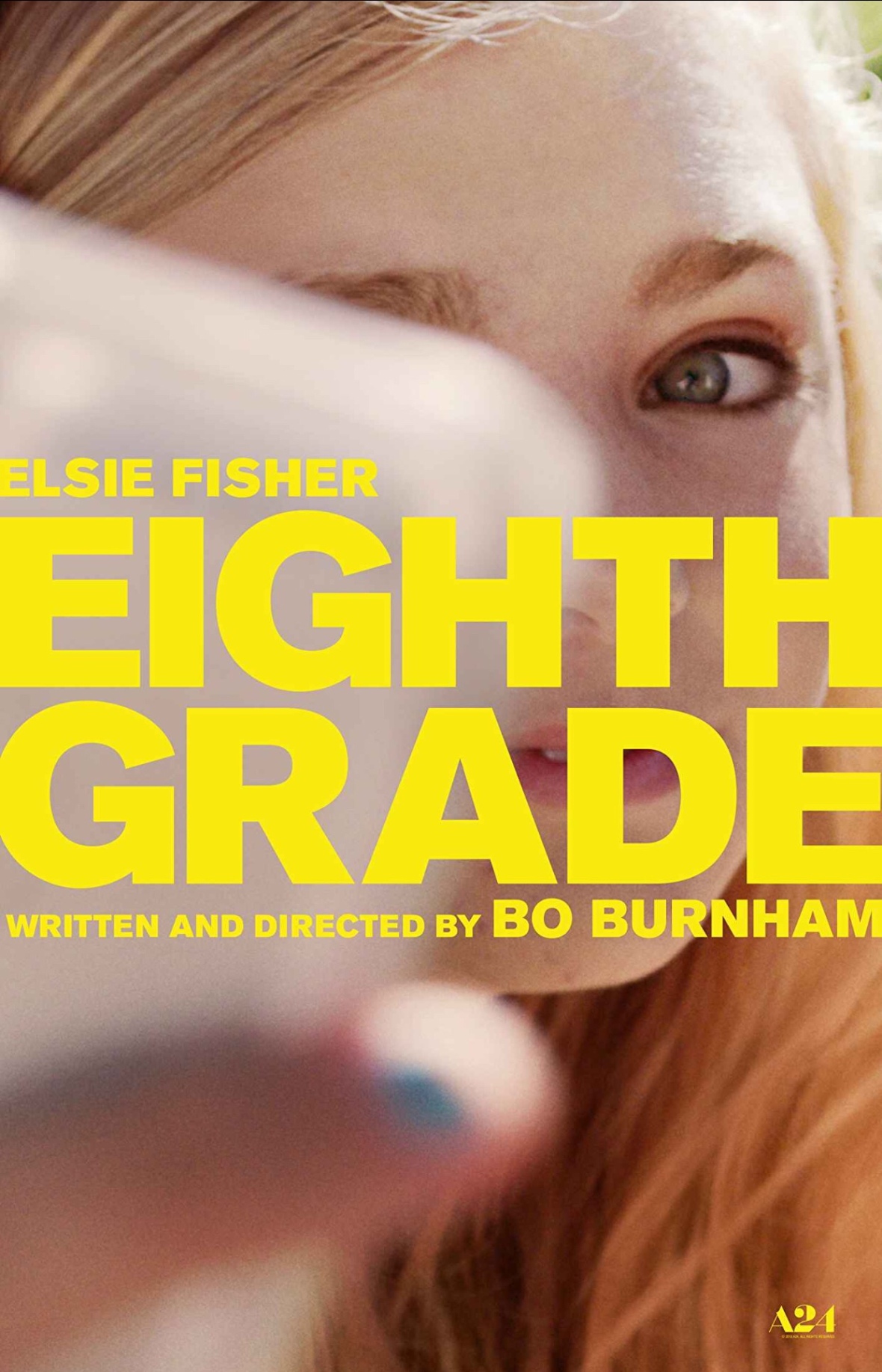 When I first saw the posters for Eighth Grade I thought it starred actor Peyton List who found fame in certain quarters after appearing in a series of Disney Channel shows like Jessie, Bunk’d and K.C. Undercover. To be fair to Peyton List she has moved on from that kind of stuff now but I still had it in my head that this was going to be like one of those impossibly wholesome teen movies that were popular a few years ago. This is not that kind of thing at all, in fact it is the absolute counteragent to those neutered stories of rich kids facing artificial problems in an artificial world.

Clearly I was better informed by the time I saw the film, I’m unlikely to have chosen to see it otherwise. I knew that it was a realistic drama about a young girl starting her teenage years and having to navigate all that life throws at you at this time. In the US kids don’t move schools at age eleven like they do in the UK, they do it as this point so it is a period of doubt and reflection. What I hadn’t anticipated is how heart rending it would all be. It isn’t High School Musical, it’s more like a Middle School Les Miserables. Everything for this girl is hard, not because she is faced with any great tragedy but just because things are heavy when you don’t fit in at school and you don’t have any good friends to affirm your sense of self.

This isn’t to say that Eighth Grade is a huge downer. The central performance from Elsie Fisher (not Peyton List) is brilliant and she really makes you root for thirteen year old Kayla. She isn’t always considerate to others, especially her Dad, and she doesn’t always make the right choices but you feel for her and are moved by her struggle. The simple fact is that being a teenager can be difficult and confusing but seeing this played out on screen with sometimes discomforting honesty is engaging and rewarding. There are times when you worry that Kayla’s desperation for acceptance is going to lead to a compromise of her dignity, with potentially life damaging consequences, but ultimately she is a thoughtful, sensible and proud young woman and seeing these characteristics win out is a delight. Her little moments of strength, when they come throughout the film, are wonderful.

So much of Eighth Grade will ring true for every member of the audience, no matter if they identify most with the child, the parents, the other students or any combination of the above. It is very much of the current time with its reliance on phone and internet culture and all that this brings, for good and for bad, but it remains universal. Eighth Grade is a superbly written, precisely observed and finely performed film that in places is almost philosophical in its study of human existence.

Not Hannah Montana then.

Elsie Fisher on the left and Peyton List on the right.