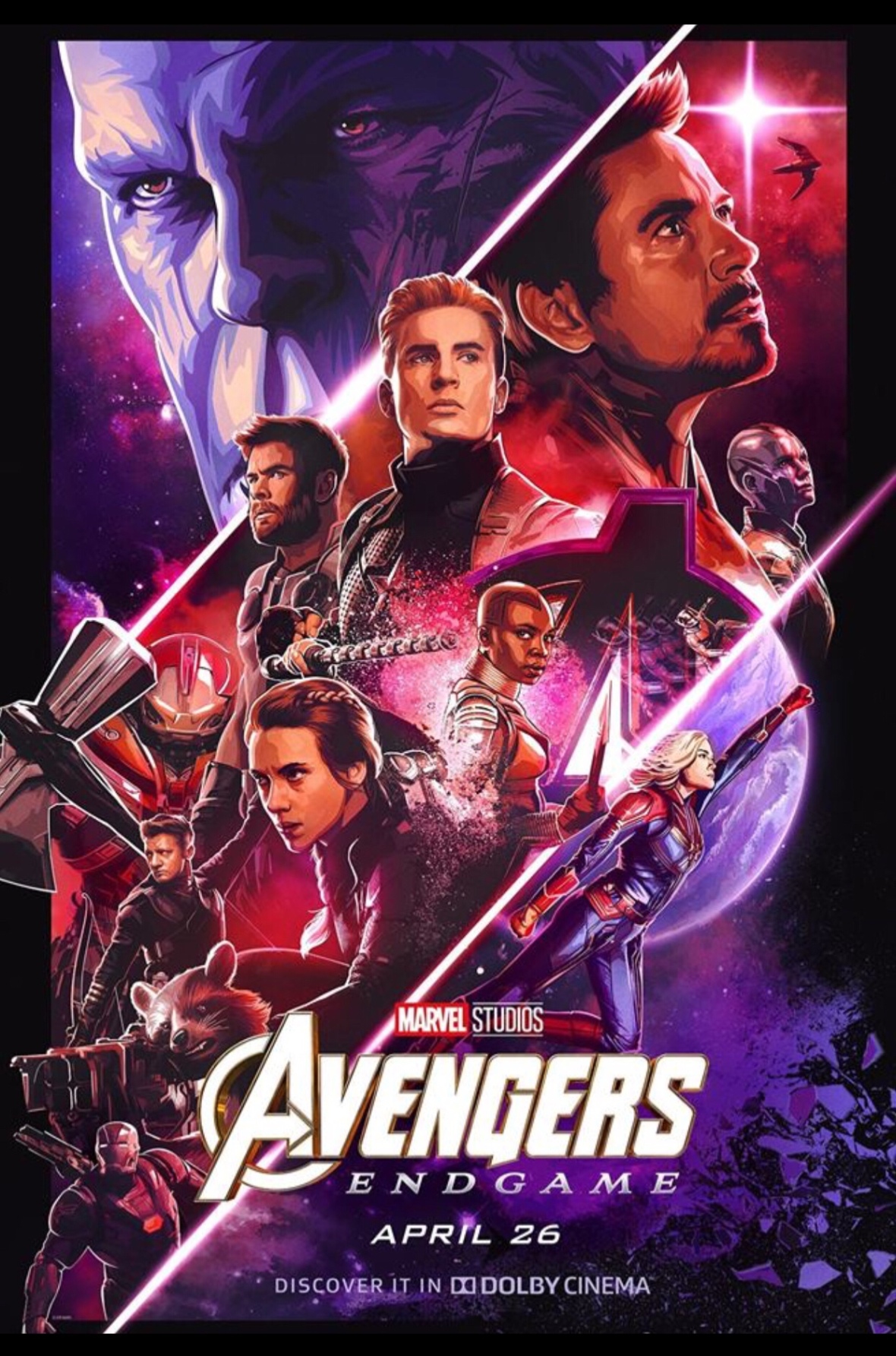 Like many others, I’ve been really looking forward to this film. I have literally been counting down the days. Of course this kind of anticipation brings expectation and expectation can bring disappointment so it is with some sadness but a certain amount of inevitability that I find that I didn’t really like Avengers: Endgame.

No, I’m kidding. This film is great and I loved it. This is the perfect end to a staggering series of twenty two films; a series that, as a once teenage comic book fan who loved the superhero crossovers, I have been with 100% from when Nick Fury turned up over a decade ago at the end of Iron Man and announced The Avengers Initiative. I was never worried that they would mess this one up but I wasn’t sure that it would all be as satisfying as it is and this morning I am one happy geek.

The brilliance of Avengers: Infinity War (part one of this particular story) was in how they effectively juggled so any characters. Obviously at the end at that film a lot of those players were wiped off the board so this film doesn’t have so many people to play with. Certainly the heroes most underserved before, Captain America and Black Widow, have a much bigger part to play here. Iron Man is as significant now as he was then and Ant-Man and Hawkeye, who sat the last one out, are making up for lost screen time. This said there are still a lot of familiar faces here and they are perhaps not handled as well with some having appearances that barely count as cameos. It doesn’t matter though because this is not their story.

Endgame centres mostly on the original Avengers line up and offers some perfect closures for their stories. The narrative wrap ups are not all rosy but they are largely beautifully poetic. There are those that don’t really have a place in this new post-Thanos world and they bow out and those that have a perfect place in this new post-Thanos world and still bow out anyway. There are those that appear to be joining someone else’s franchise and those whose character has changed so much that they’re not as interesting as they used to be so it’s probably just as well that after this one last film we won’t see them again. For those that get a proper ending though it is lovely.

If Avengers: Infinity War was part one of this story then Endgame is part two and three. At three hours long this is effectively a couple of movies stuck together and there is a prologue and two distinct acts but it does work and it doesn’t drag. What the extended running time allows them to do it have slower moments among the action and, after clocking up as many films as James Bond in a fifth as many years, they have earned it. The very beginning of the film is sombre as you would expect considering the denouement of the last movie. There are some real treats in this section though. Then the first big section of the movie involves an audacious mission to make right what Thanos did. This references a lot the previous films and is a tremendous amount of fun. (Just don’t think about it too much.) Superhero stories have long been obsessed with parent issues but there are some touching moments here doing this in a way not really seen before. The second part then brings the big bad guy back and things get epic. There is also a masterly balance of humour and emotion throughout. These films have long excelled at this and this one does it better than ever.

I don’t want to say too much more at the moment, but stay tuned as I have plenty more to say. Just know for now that Endgame is the end of the game that we all wanted. It isn’t the best film of the year, it isn’t even the best Marvel movie, that’s still Civil War, but it is wonderful. It isn’t the best place to start with the Marvel Cinematic Universe, you do need to see a lot of the previous films, including I’m pleased to say the Peggy Carter TV show, but if enjoyed any of what has come before then you won’t be disappointed.

Again, if you’ve seen what’s come before you’ll know what to expect in terms of violence and swearing. Even Cap lets a little expletive out here but don’t worry, he is still just as worthy. More so in fact.

True to this film series, the women are important but equally true to this film series, they’re still not front and centre. As suggested Black Widow plays a key role but new studio poster girl Captain Marvel is not in it as much as you might expect. Don’t worry though, when she joins in she brings all the power she did in her own film. Other MCU ladies appear, all of them together in one slightly laboured and yet slightly thrown away scene and others get significant promotions that may or may not play out in future films. (Yes, there’ll be future films. This is the end but it’s not the end.)