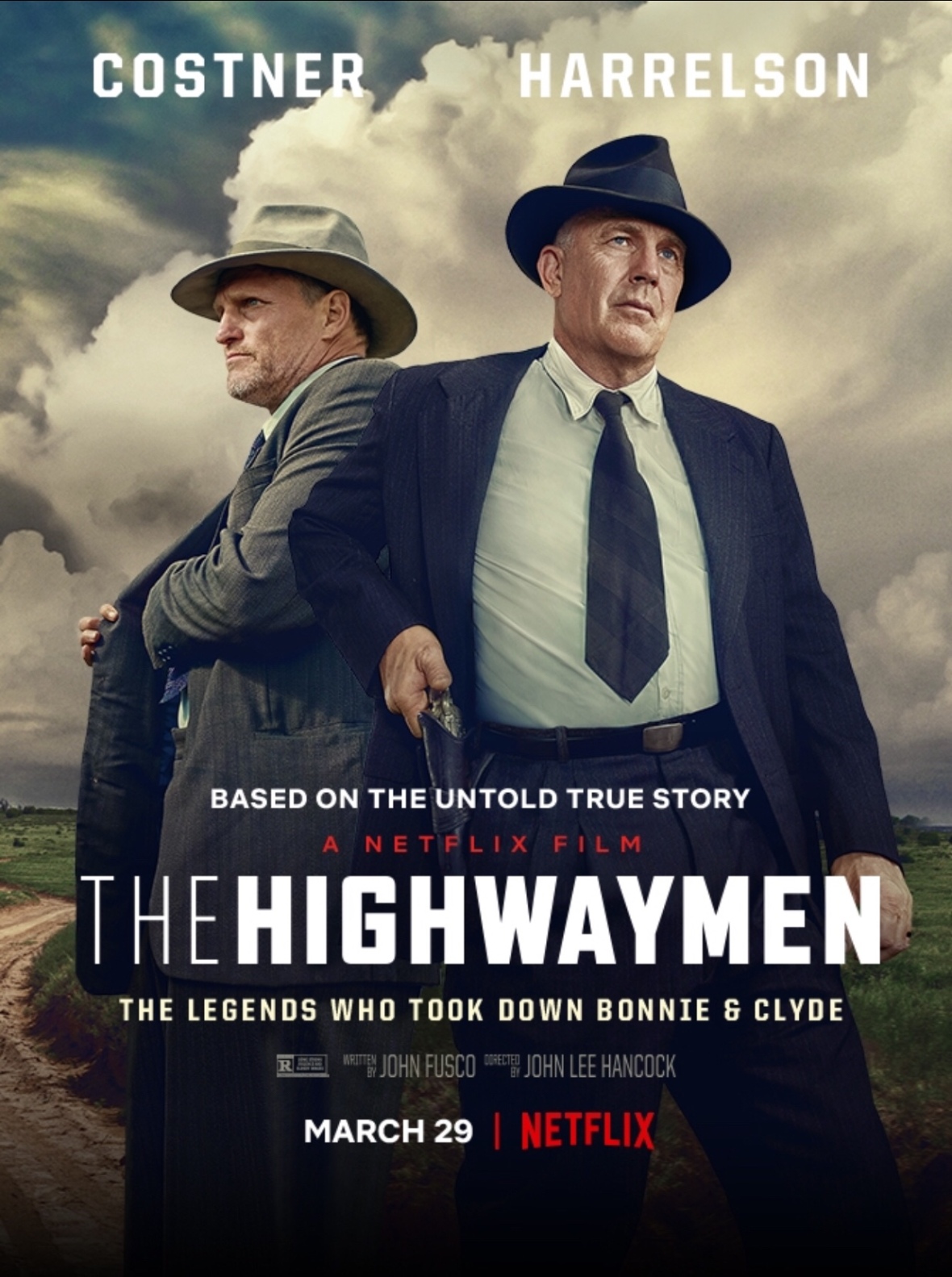 There are plenty of films that create historical misconceptions but The Highwaymen does the opposite; it looks to address a few. The movie retells and reframes the story of Bonnie and Clyde and in doing so also retells and reframes Bonnie & Clyde, the film that for a contemporary populace cemented the idea of the duo as some kind of righteous folk heroes.

If you watch the Warren Beatty and Faye Dunaway movie, it isn’t actually an unadulterated celebration of the infamous outlaws. There is no doubt that it romanticises their lives but arguably it takes a more ambivalent approach to the rights and wrongs of the crimes they committed. It certainly starts off as a jolly caper but after this when their first killing comes it is quite a shock. Following this their amoral attitudes and (self) destructive activities never sit easy and when that famous ending comes there is little question of whether justice has been done. Arthur Penn’s movie is more than just a movie though, it is like Singin’ in the Rain and The Seven Year Itch; it is in the public consciousness even for those that haven’t seen it (at least if you are over 40). The poster images with the beautiful leads in those swanky clothes are so cool, ergo Bonnie Parker and Clyde Barrow were cool.

The opening of The Highwaymen seems to be referencing the 1967 movie, with the classic Ford automobile speeding through the woods to the sounds of the jangly period music. The iconography make you think you are in familiar territory. Within seconds though it takes a different tack and has a difference focus moving forward. The Highwaymen of the title are Frank Hamer and Maney Gault, the former Texas Rangers who tracked and brought down the small time gangster couple. These are men battling against the Barrow Gang and the cult of celebrity that grew up around them. Through Hamer’s eyes we see the brutality of the murders they committed (no one here is worried about the robberies) and he has an anger at people’s rationalisation and hero worship that the film also seems to be expressing. Bonnie and Clyde as shown here are not dandy lovers on the lam, they are psychotic killers, and to think anything else is presented as shameful.

One of the ways this is done is to not give the killers a face. Parker and Barrow feature throughout the film but mostly at a distance. The faces of Hamer and Gault are those of Kevin Costner and Woody Harrelson and the movie is mostly a character study. There are moments of action but much of the two hour running time follows these two men as they doggedly complete their assignment. Both actors give strong performances and there is much to enjoy in this. Costner has tracked down famous gangsters before of course and it is nice to view this as a tale of Elliot Ness coming out of retirement for one last case (Al Capone was imprisoned two years before this film is set so that almost works). It is also a treat for audiences that this time his partner is Sheriff Willoughby from Three Billboards Outside Ebbing, Missouri (that doesn’t work at all).

Of course Hamer was also a character in Bonnie & Clyde where he was portrayed as a vengeful cop, embarrassed at being kidnapped and humiliated by his prey. Hamer as played by Denver Pyle was a composite character though. In reality it was Officer Thomas Persell, not Hamer, who was held at gun point and forced to pose for photos which were then widely published in the press. 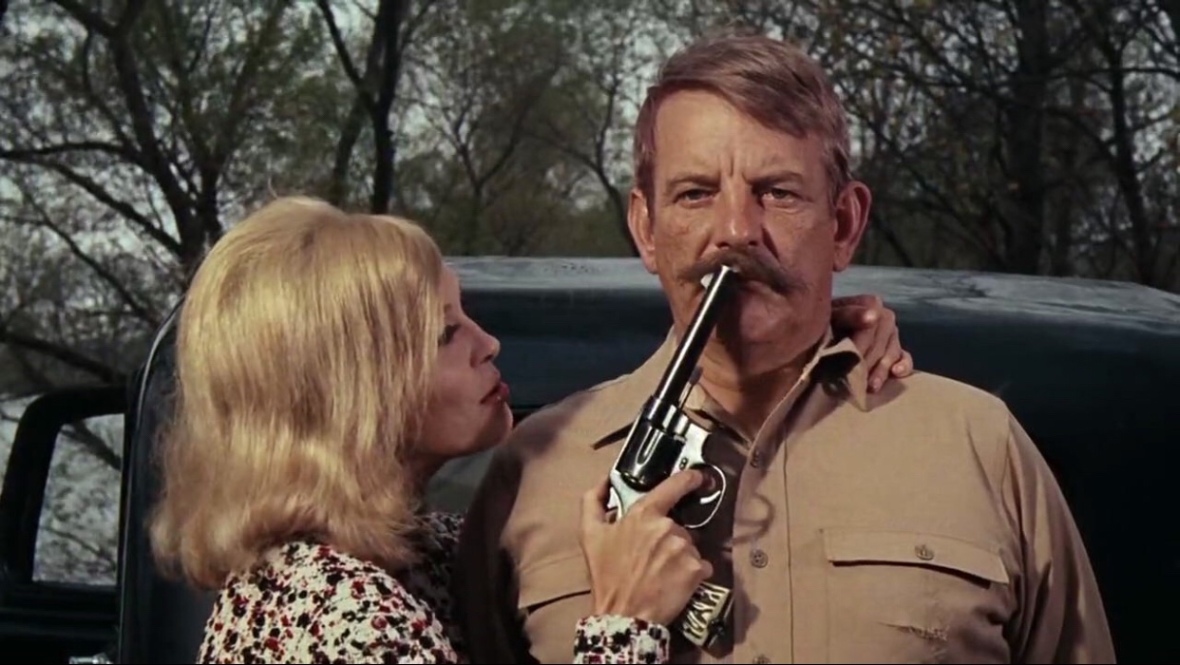 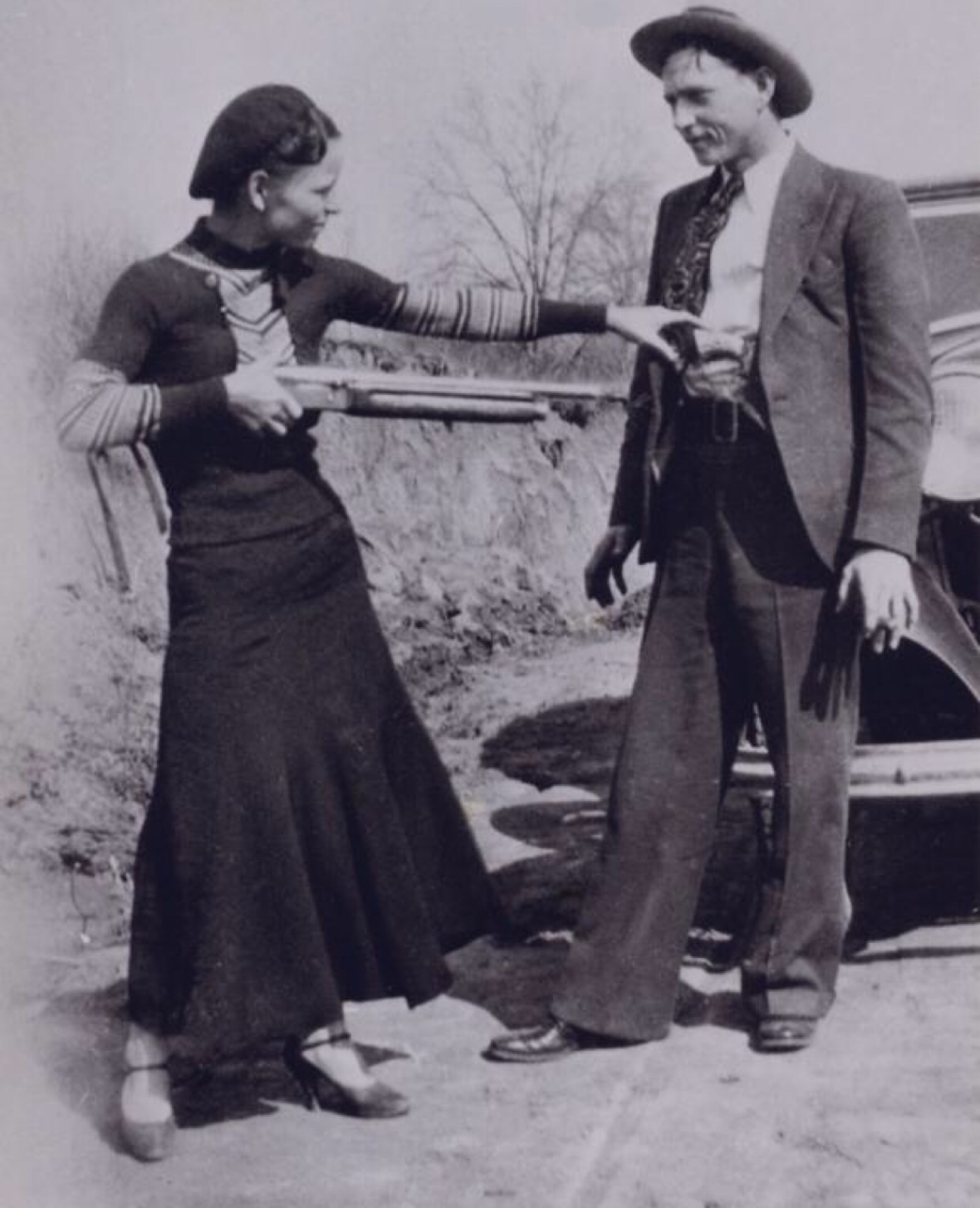 By contrast, this film’s Hamer is a man who never loses his composure or control and while he certainly doesn’t always have the upper hand he is believable as an individual who is driven by justice rather than more personal motivations. Of course it is anyone’s guess as to whether this is a more accurate depiction of the guy but we do get to see a complicated character, as comfortable with killing as those he pursues, so it doesn’t feel unrealistic, simplistic or sanitised.

When the real Hamer and Gault and four state police officers finally stopped Bonnie and Clyde on a secluded Louisiana road in May 1934 there was controversy surrounding their methods and The Highwaymen doesn’t really explore this. This notwithstanding though it is easier to see the film as a more accurate picture of what took place. There has long been disagreement over Bonnie Parker’s true nature and part in the duo’s murders and this movie does not entertain any notions of her innocence. In the end though, as an accomplice and enabler or as a perpetrator, she was responsible for the deaths of nine people and The Highwaymen holds everyone involved accountable for that. This is not a groundbreaking film but it is a valuable if not essential companion piece to not just Penn’s movie but any number of other versions and that alone makes it worth your time.

Bonnie & Clyde is available on DVD and Blu-ray and it’s on iTunes, each format for less than a tenner.

The Highwaymen is on Netflix now.