The chances of all of the remaining Avengers making it to the end of Endgame seem slim. It could be like Downton Abbey where they liberally dispatched important players leading up to the closing chapters, setting up the understanding that no one was safe, only to leave everyone who was left unscathed at the end. My guess is not though. Someone is sure to be swapping the cape for wings and a halo. The question is who?

(Of course the capes are as metaphorical as the wings and the halo here; none of them were a cape. Thor ditched his and Dr Strange and Vision are already out of the picture. Edna Mode would approve.) 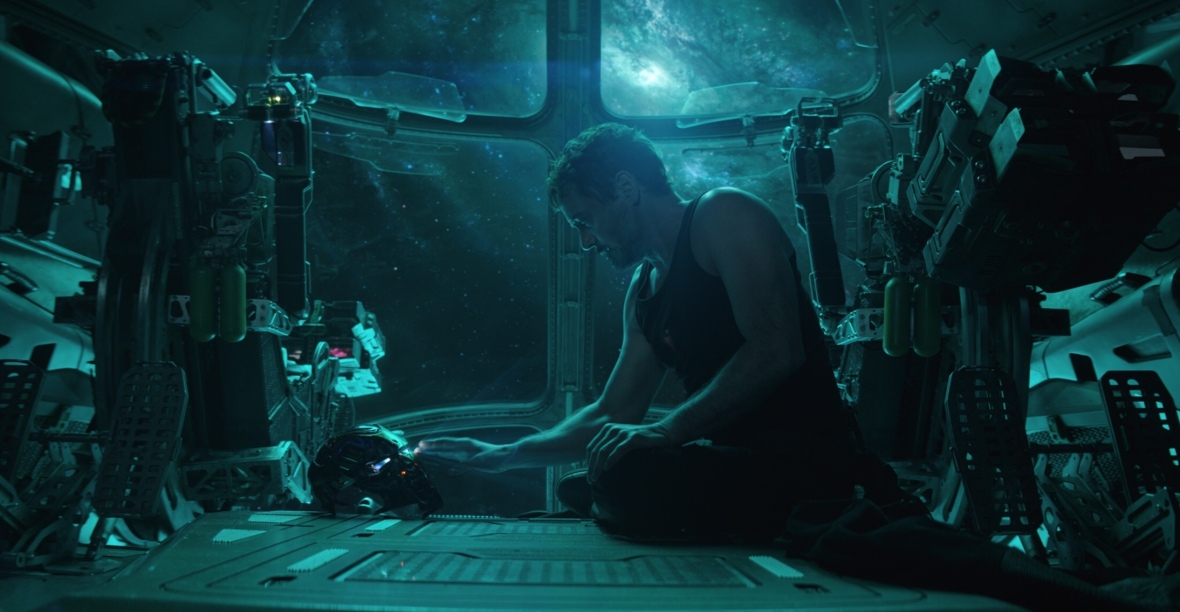 As indicated by the allocated percentage I feel this could go either way. They are heavily setting this one up though. Tony is the hero who just can’t stay out of it which one day is going to get him killed and they keep leading up to this. For a long time he was a walking dead man with that shrapnel inching closer to his heart. Then he got that weird blood infection that was going to finish him off. It looked like he was a goner in the first Avengers film until Hulk did the world’s clumsiest CPR on him. He was actually stabbed through the chest in the last movie and then the first trailer for this film was built around his deathbed message.

They stepped back from this in trailer two, of course, clearly showing that he makes it home. They knew, we knew, they knew we knew. It’s no spoiler.

Still, how often are they going to tease this? My gut tells me that he is going to survive and fatherhood will finally make him hang up his helmet but that might just be wishful thinking.

It looks more like Steve is going to be the one bowing out. He’s so noble he’d sacrifice himself as soon as look at you and he is a man displaced and disillusioned. He was effectively dead for decades anyway so it feels like he’s on borrowed time. Also, Chris Evans’ contract is up and how else are they going to write the character out? This is a guy that’s always going to turn up to save the day unless he is completely out of the picture.

My eldest daughter has this wonderful theory related to the rumoured time travel plot where Steve will be dropped back in the 1940s and left to live out his life with Peggy. Peggy has featured in both of the trailers so there might be something in this. It’s a lovely idea although it might be a bit strange for him when Peg’s niece is born. Kiss the baby Cap. Having said that though, Peggy’s brother died in the war. Has she even got any other siblings? If she settles down with Steve will Sharon Carter even exist?

It’s all too complicated. Sorry Steve, it might be the end of the line for you?

Hulk is kind of already out of the picture what with him being reluctant to come out and play. The chances of Bruce Banner going green again in Endgame is pretty much 100% but what then? Bruce’s story could easily end with him finding a cure for his condition but that would be like a character death too, especially after we got to know the Hulk in his own right in Thor: Ragnarok. Ideally both parts of Bruce’s personality will find a way of coexisting but hopefully with the man in human form. It would be weird if he ended up like pea coloured version of Kelsey Grammer’s Beast from X-Men: The Last Stand.

I think Thor is going to be the one to finish Thanos off, hopefully following the Titan’s previous advice by ramming his ax or something else into his head. What has he got left after that though? He’s lost his whole family, his closest friends, his planet and half of, if not all of, his people. Frankly he’s got less to live for and that can make a guy reckless.

Yes, I know. 20% is low for Natasha Romanoff. No one anticipates that the Black Widow will bite the big one but that’s exactly why I think it could happen. Marvel Studios and particularly the directors the Russo Brothers like to play with audience expectations. Don’t be surprised if this is how Nat finally clears all of that red in her ledger.

They have just announced a stand alone film for the Avengers’ first lady (it’s about damn time) but I’m thinking prequel. The woman has a past and they’re going to mine it. What she might not have is a future.

Frankly this fella has always been expendable and they played with this a lot in Age of Ultron. Now is his time to shine though, he’s off the bench and ready to hit it home. The inference from the trailers is that his precious family got dusted when Thanos clicked his fingers so his mission will be to save them. Having done so I don’t think they could then have him buy the farm. That would just be too heartbreaking. 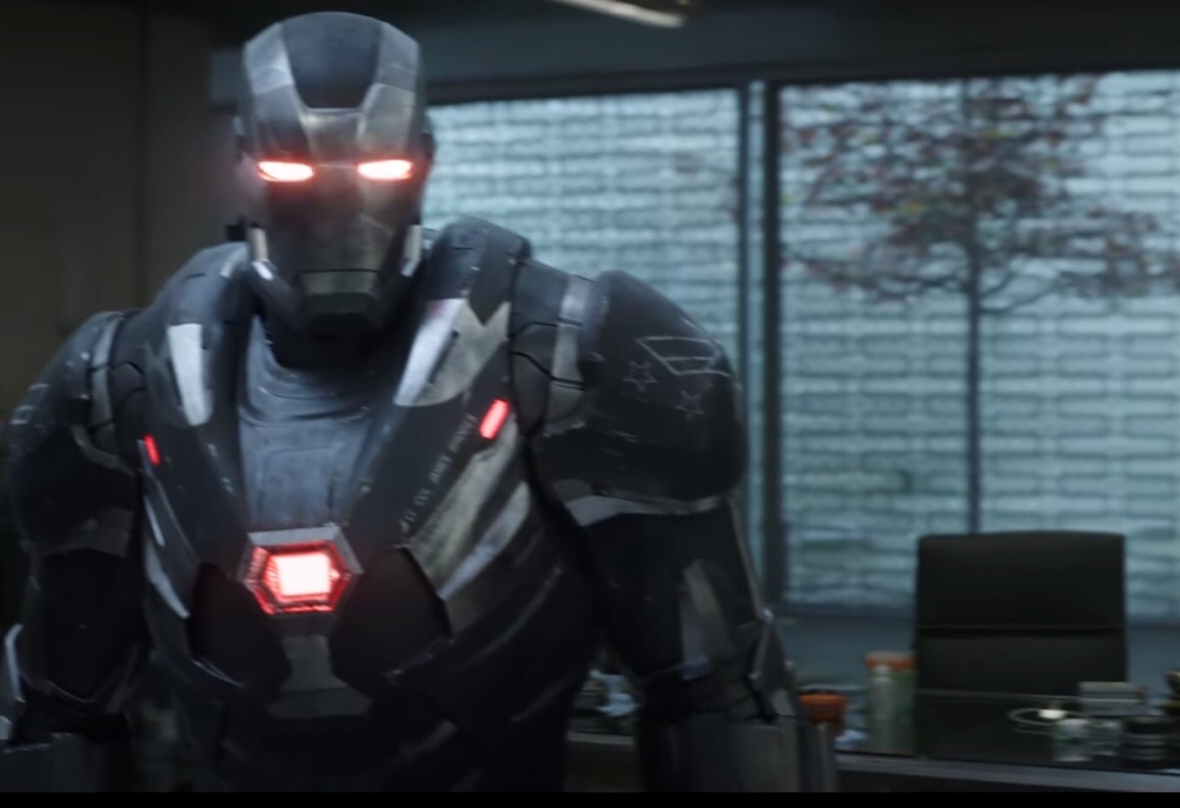 Equally superfluous and therefore almost equally likely to stick around is James Rhodes. Rhodey had his tragedy already when he lost the use of his legs. Mind you, they seem to have largely forgotten about that so who knows?

Ant-Man is one of the new guard. Not yet a proper Avenger but well established in the stories so all set up to be a key member of the team moving forward.

Speaking of the new Avengers, here’s the new Captain. I hope this woman, who we now know inspired the whole shebang (it’s a she-bang, not a he-bang) will lead the remaining heroes to further adventures. I also hope that at no point do they ever actually refer to her as Captain Marvel because why would they?

No one has a greater grievance against Thanos than Nebula and the woman is a little unhinged. She’s going to do anything she can to take him down or to give someone else the chance to do so. They won’t let the tragedy of Hawkeye dying happen the second he gets his family back happen but they might go for it with Nebula following Gamora’s return.

They’ve just announced that Guardians of the Galaxy 3 is back on and they can’t do that without Rocket. He is the single most important character to that whole series.

I was watching Infinity War again yesterday and it only just dawned on me what a profound and nuanced little rabbit Rocket actually is. Frankly there is more to be gained dramatically from seeing him react to the deaths around him than there is from finishing him off.

He isn’t an Avenger but how better to close the door on the Avengers story than closing the lid on Thanos?