Number 10 in my films of the year list is Peter Jackson’s brilliant WW1 documentary They Shall Not Grow Old. At the end of this film we learn that the soldiers who returned home after fighting in the trenches came back to a country that was grateful but could not come close to comprehending quite what these men had done for them. Even now, one hundred years and four generations later, people do not really understand the nature of sacrifices these men made without question and the horrors they experienced without complaint. This film works to address this and succeeds in the most moving and magnificent way. With astonishingly renovated contemporary footage and firsthand accounts recorded in the sixties Jackson has brought these men and their experiences back to life. It is literally a must see movie.

My number 9 film is Steve McQueen’s Widows; a film that redesigns the crime thriller and the female empowerment drama, combining the two genres into something else entirely. Think 9 to 5 meets Heat then forget that stupid idea because this film defies that kind of shallow reductivism entirely.

Number 8 is The Little Stranger. Adapted by Lenny Abrahamson from Sarah Waters’ novel, the film is the perfect union of film maker and writer with the best of each enhancing the craft of the other. It is a haunted house film without having anything as obvious as a ghost in it. It is quite brilliant.

Revenge is my number 7. This movie took a whole load of chauvinist cinematic conventions and turned them on their head to make the most powerful feminist parables of this or any year. If I can be as indelicate to quote myself from elsewhere own the blog; ‘it picks up sexist tropes and uses them as a sharp weapon to poke the in eye of the male gaze’.

A large part Travis Bickle, a little bit Walter Mitty but entirely its own thing; Lynne Ramsey’s brilliant You Were Never Really Here is at number 6.

Getting into the top five, the next on my films of the year list is Roma. This personal film by Gravity director Alfonso Cuarón celebrates an ordinary human life and in doing so celebrates all human life. The shot composition and framing is beautiful too.

My fourth favourite film this year was The Breadwinner; an absolutely staggering animated film made in Ireland about a young girl living under brutal patriarchal Taliban rule in early millennium Afghanistan. It is also my highest ranking film that doesn’t involve any people (or cats) getting eaten by monsters.

In 2015 Emily Blunt appeared in Sicario which was so incredibly tense that you watched the whole thing with your heart in your throat. That film was my third favourite film of that year. In April this year though it was as if she was saying ‘Tense, you thought that was tense? You ain’t seen nothing yet! 2018’s number 3 is A Quiet Place and eight months later I still have ten clear inches between my coccyx and the back of any chair it sit in.

Netflix have had a great year. Back in March they were picking up some high profile films but only those that the studios seemed to have lost faith in. Since October though they have released the latest films from Paul Greengrass (22 July at number 36), Alfonso Cuarón (the aforementioned Roma) and the Coens (The Ballad of Buster Scruggs, number 26) and are now being discussed as the saviours of the mid price movie. My second favourite film of the year actually comes from those early months yet it is still utterly brilliant. I can see why Paramount got nervous about the ending but Annihilation is actually the most bizarrely imaginative story since Lewis Carroll started making stuff up to entertain three young girls on a boat trip in Oxford, only with more mutations and screaming.

My number one film of 2018 is actually a film I first saw back in October of 2017 when it previewed at the London Film Festival. It has only grown in my favour since then and I think it is because it is so atmospheric and immersive. Also it is a real celebration of other film styles; horror, sci-fi, romance, fantasy, spy and dance. Guillermo del Toro loves cinema and I love him for that. It also has that wonderful central performance from Sally Hawkins. My film of the year is The Shape of Water. 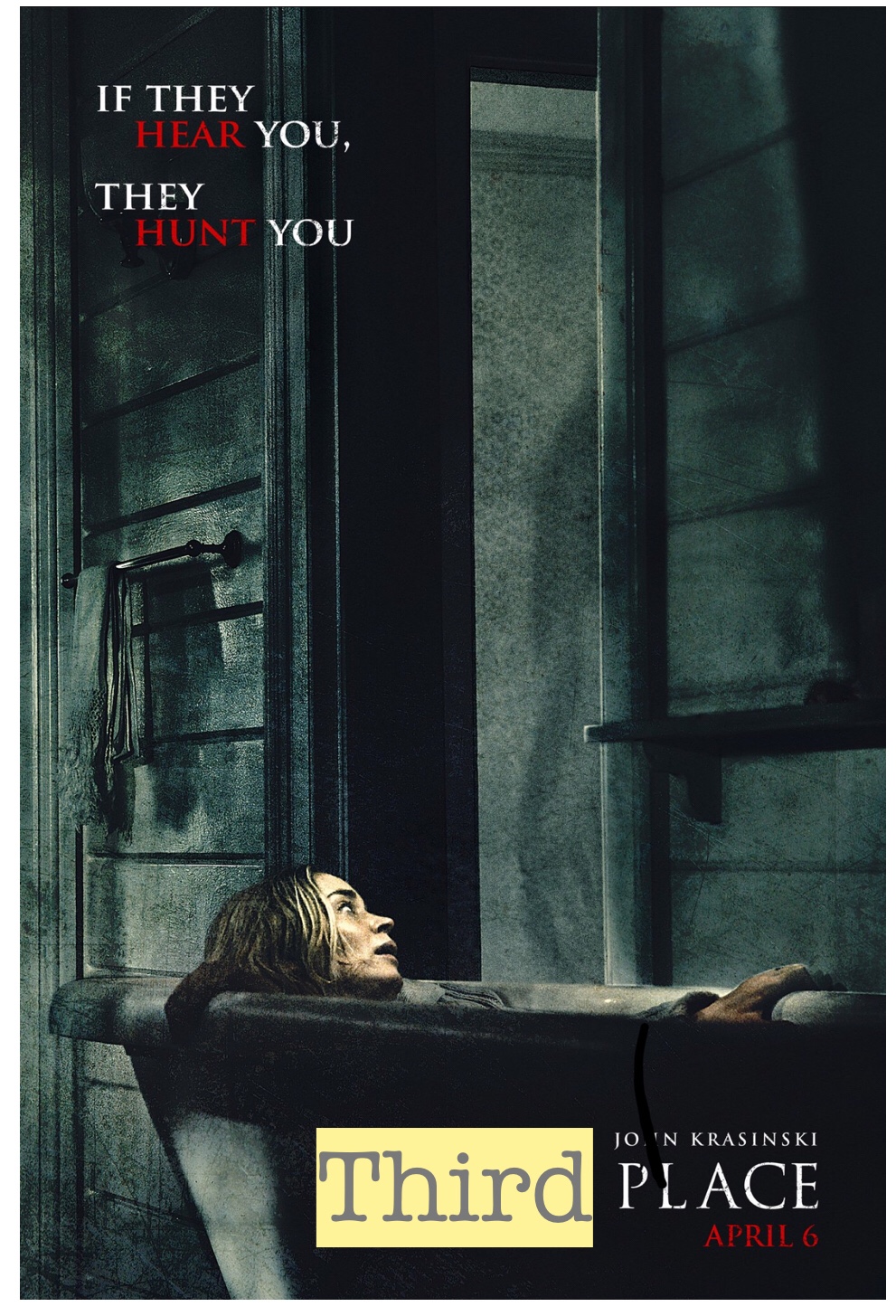 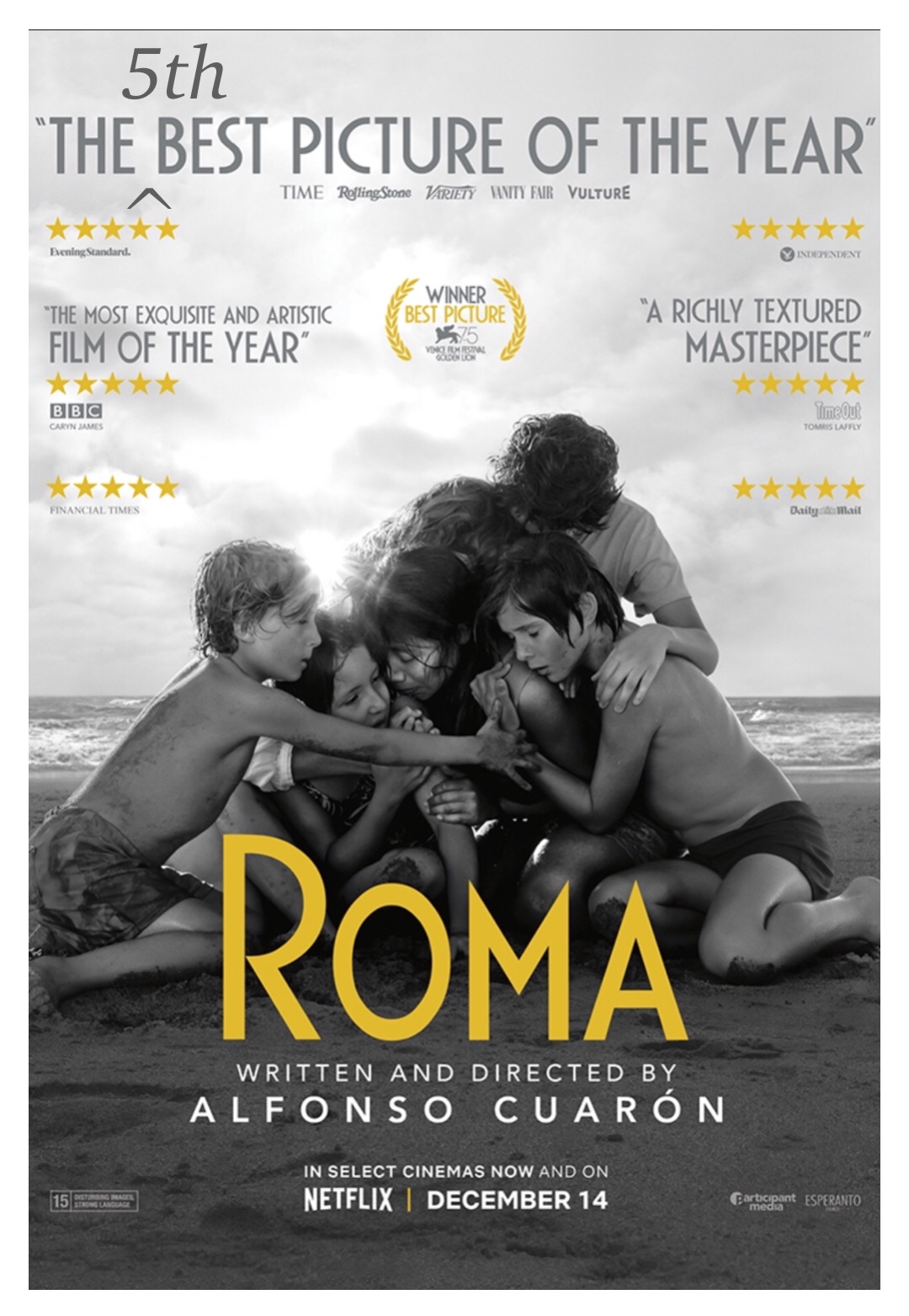