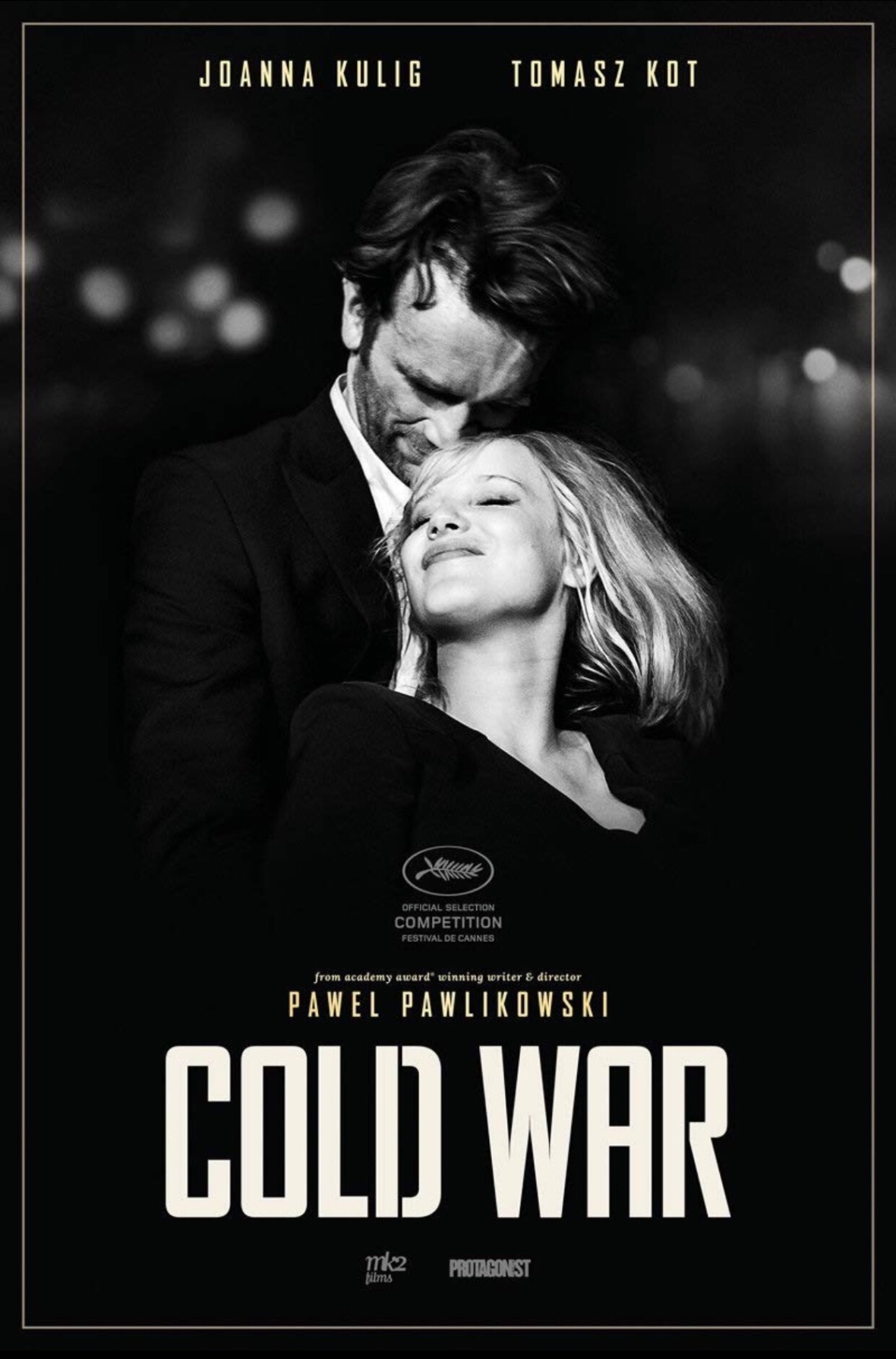 With the exception of Infinity War this Polish language historical drama is the film I have most been looking forward to this year. (Evidently I remain a geek first and a serious cineaste second.) I absolutely adored Ida, director Pawel Pawlikowski’s last movie, so I was so excited to see what he was following it with. The film winning the directing award at Cannes then cemented my high levels of anticipation. Indications were very good he’d done something special again.

Well, he has. First impressions confirm that much of what was wonderful about Ida is equally present in Cold War. Most obviously it is shot in the same crisp silvery monochrome but also each and every frame is once more so astonishingly well composed that any still from the film could happily hang in a photo gallery. Pawlikowski has an incredible cinematic eye and it doesn’t matter that this feels a little samey across these two movies because it is still different and so much better than what anyone else in the medium is doing. Cold War also has the same beautifully muted characterisations as Ida and its story telling once again somehow has a gentle lightness of touch alongside incredible narrative power.

This said, while Ida was my unchallenged number one film of 2014, currently Cold War is sitting at thirteen in the 2018 list. (Infinity War is fifteen.) It’s not that Cold War isn’t as strong a piece of movie craft as Ida, its arguably better, its just that isn’t as easy to enjoy. Ida itself wasn’t unchallenging; there was real heartache in the protagonist Anna’s journey to discover her family’s past before deciding her own future. You were able to instantly sympathise with Anna though. The couple we follow in Cold War are deliberately more problematic. This isn’t a criticism. There’s no shortage of complicated figures in great works with Shakespeare writing more than a few but there’s a reason why A Midsummer Night’s Dream is more often performed that Titus Andronicus.

The plot of the film follows Wiktor and Zula starting when he recruits her to his state supported performance troupe in post war Poland. Over the ensuing years they move around Europe, sometimes together and sometimes apart, but always caught in a passionate but destructive relationship. Both characters are damaged from the beginning and they do little to help one another in this respect as time moves on. The title of the movie refers to the political setting which is masterfully woven into their personal stories but it also describes their own situation. They are not in conflict with one another on the surface but there is a raging battle going on beneath and they struggle to find a way to get on that benefits them as a partnership as well as individuals. In the end neither priority wins. Zula in particular seems to be fighting against the whole world and plenty of people are hurt in friendly fire. Watching them is compelling but it’s hard to buy in to their lives. This is a romance of sorts but to use a second classic literary comparison in as many column inches theirs is a Bronte love, not an Austen love, and we don’t get to know them like Heathcliff and Kathy.

In Cold War Pawlikowski has created another genuine work of art but in this case it is a piece to be admired more than it is one to be loved. Cold War is incredible, the music is haunting and Pawlikowski is in control of his medium like few others working in cinema today but I wouldn’t want this particular picture hanging on my wall. The film is released in theatres and on Curzon on Demand on 31st August. You should absolutely see it but once might be enough.

When it comes to this and his last work about a young girl stepping away from the convent she has been living in just before she takes her vows then this is better bar Nun. (Bad pun I know but I told you, geek first and serious cineaste second.)

One thought on “Cold War”