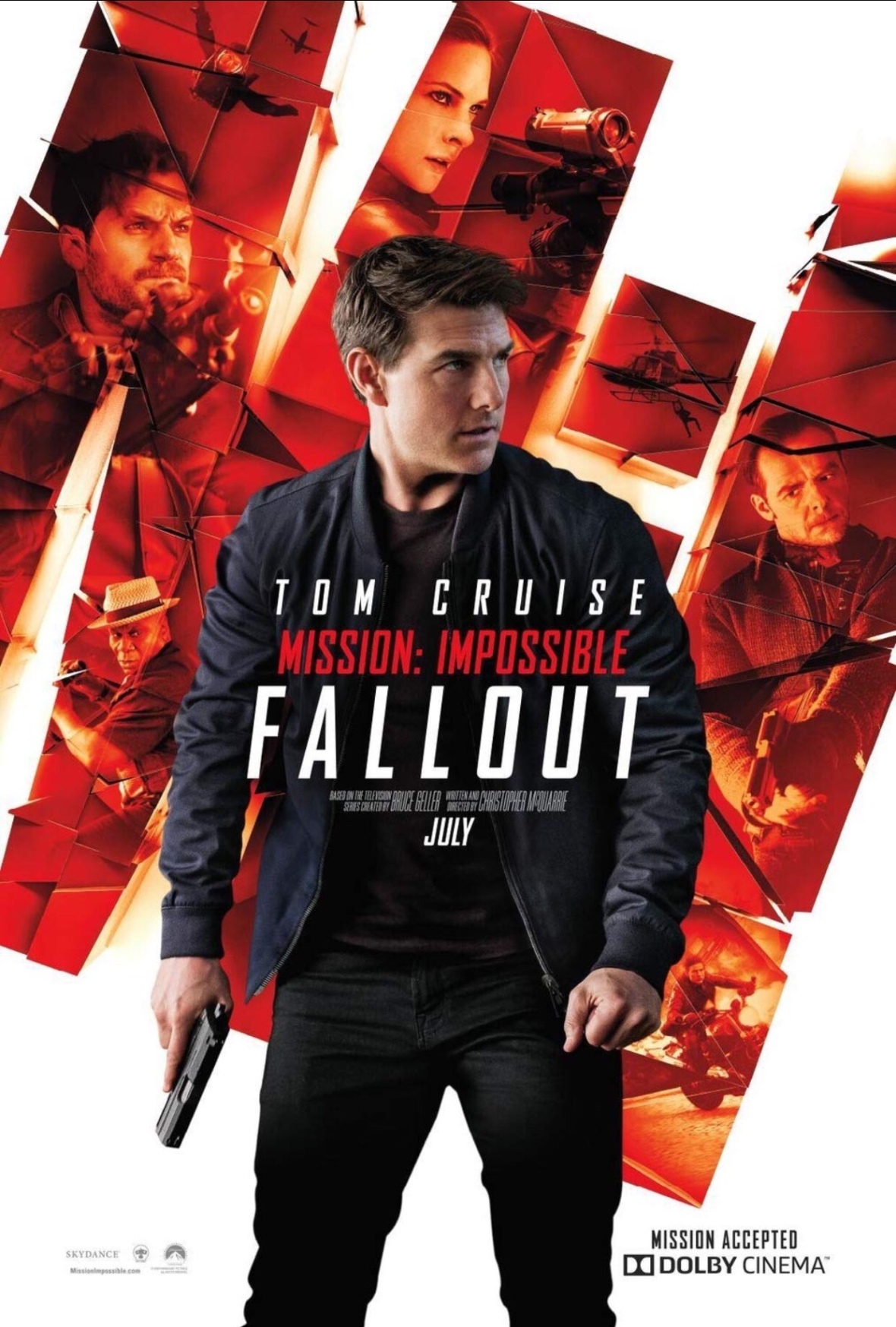 One of the things that has set the Mission: Impossible series apart is that up until now each instalment has had the mark of a different director. The first one certainly had the feel of a Brian DePalma film, the second for good or for bad was text book John Woo and the third had the now common traits of J.J Abrams that had already been seen in his TV shows and have since been evident in his movies. Under Brad Bird and Christopher McQuarrie, the directors of the fourth and fifth films respectively, there were fewer obvious auteurish quirks but these movies still felt very different. Rather than this making everything uneven though it kept things fresh with each film having its surprises. What is interesting about Mission: Impossible – Fallout is that even though McQuarrie is calling the shots again it still presents a different kind of movie going experience. For me this one was heavily reminiscent of the work of someone else entirely and if you know me then you’ll know that when I say that this felt like a Christoper Nolan film that I am paying it the highest possible compliment.

I don’t know if McQuarrie is imitating Nolan on purpose but the comparisons are too strong for their to be no influence there somewhere. Remarkably it doesn’t come off as a pale copy either. Mission: Impossible – Fallout is not as good as Nolan’s work but it brings much of what is good about his mainstream output and makes it work in this context. There are the more obvious nods to Inception and the Dark Knight films; the close quarters car and bike chases, the throbbing Zimmeresque soundtrack employing the use of slowed down musical themes, the snowy locations, the aerial action scenes, the vivid dream visions and the hero playing by his rules but with a strong relationship to one trusted authority figure. Beyond this though what McQuarrie has done, as Nolan did with Batman, is take a well established blockbuster set up and elevated it to the level a high quality tense suspense thriller akin to Chinatown, The Big Heat or The Day of the Jackel.

To be honest this doesn’t quite hold up through the whole film and that is what sets McQuarrie apart from the Nolans, the Polanskis, the Langs and the Zinnemanns but he matches their ambition. Like all of the Mission: Impossible movies the plot is preposterous but that’s kind of the point. Crucially it holds together though and if the story doesn’t quite give the extended action scenes something to adhere to then the character moments do.

Tom Cruise continues to be the lynchpin but he is well supported by returning players Ving Rhames and Simon Pegg as well as Alec Baldwin, Rebecca Ferguson and Sean Harris from the last film. In the case of those last two we were previously given new players that you really wanted to see again and this film similarly introduces characters and performances of which this is the case. Please let there be a Mission: Impossible 7 and please give us more of Vanessa Kirby’s White Widow. Much was made online about the moustache Henry Cavill grew for this film being unconvincingly digitally painted out in the Justice League reshoots but he was right to prioritise this film over that one as his Agent Walker is a much better fit for the actor than his po-faced Superman. I wasn’t behind the suggestions that he’d make a good Bond but I’m changing my mind on the evidence presented here. The relationships between everyone on screen are played really well with an even mix of loyalty and mistrust and this as much as anything else has become a mainstay of these movies, particularly over the last three.

I wrote more about this in my review of Mission: Impossible – Rogue Nation but for a series that has been running for twenty two years and is now on its sixth go it, like its leading man, is showing no signs of getting old and tired. I don’t know if Christopher McQuarrie will give us another of these films, maybe it will actually be Christopher Nolan next time (nothing’s impossible), but whoever’s in charge I choose to accept it.

Ferguson’s Ilsa Faust isn’t quite as integral to the plot as she was last time around but she is present, she still plays an important part and she is still as tough as the boys.

In this case it is the aforementioned White Widow and the returning character of Julia, Ethan Hunt’s ex-wife, that present a better representation of women. Kirby’s Widow is a bit of a Femme Fatale but they largely avoid this trope by giving her depth and strong characterisation beneath the huge eye lashes. Julia is the real Ripley here though. She doesn’t possess amazing fighting skills, she isn’t dressed to kill and she isn’t any kind of stereotype. She is just a normal woman showing incredible bravery in an unimaginable situation and she is awesome.

One thought on “Mission: Impossible – Fallout”