I loved The Last Jedi but I did think some of it was a bit of a stretch. I know that accepting an all powerful ‘force’ that links everyone in the universe and allows those that harness it to move things with their mind but not being able to go with a porg splatting against a window seems odd but movies have to stay within their own parameters. Having done a little bit of research though I am thrilled to find that a lot of Rian Johnson’s most out there plot decisions have some precedent in the wider Star Wars universe. It seems The Last Jedi is a perfect Star Wars film after all.

Rey’s Dark Side vision is certainly the most trippy thing in The Last Jedi but facing alternate versions of yourself to discover some home truths (in this case that she does not come from a ‘long line’ of Jedi and that her strength comes from herself) is entirely in line with Luke seeing his face in Vader’s helmet in The Empire Strikes Back:

You might be forgiven for thinking that it is a bit handy for the story that the bad guys have suddenly discovered how to track spaceships through hyperspace. Well it turns out it isn’t sudden at all. The bad guys have been working on this since we met them as Jyn Erso discovered flicking through the Empire files in Rogue One:

It also seems convenient that Luke is able to magically project himself onto a different planet at the end of The Last Jedi but it just goes to show what an almighty Jedi he is. Besides, according to the Dark Empire comics he has done it before: 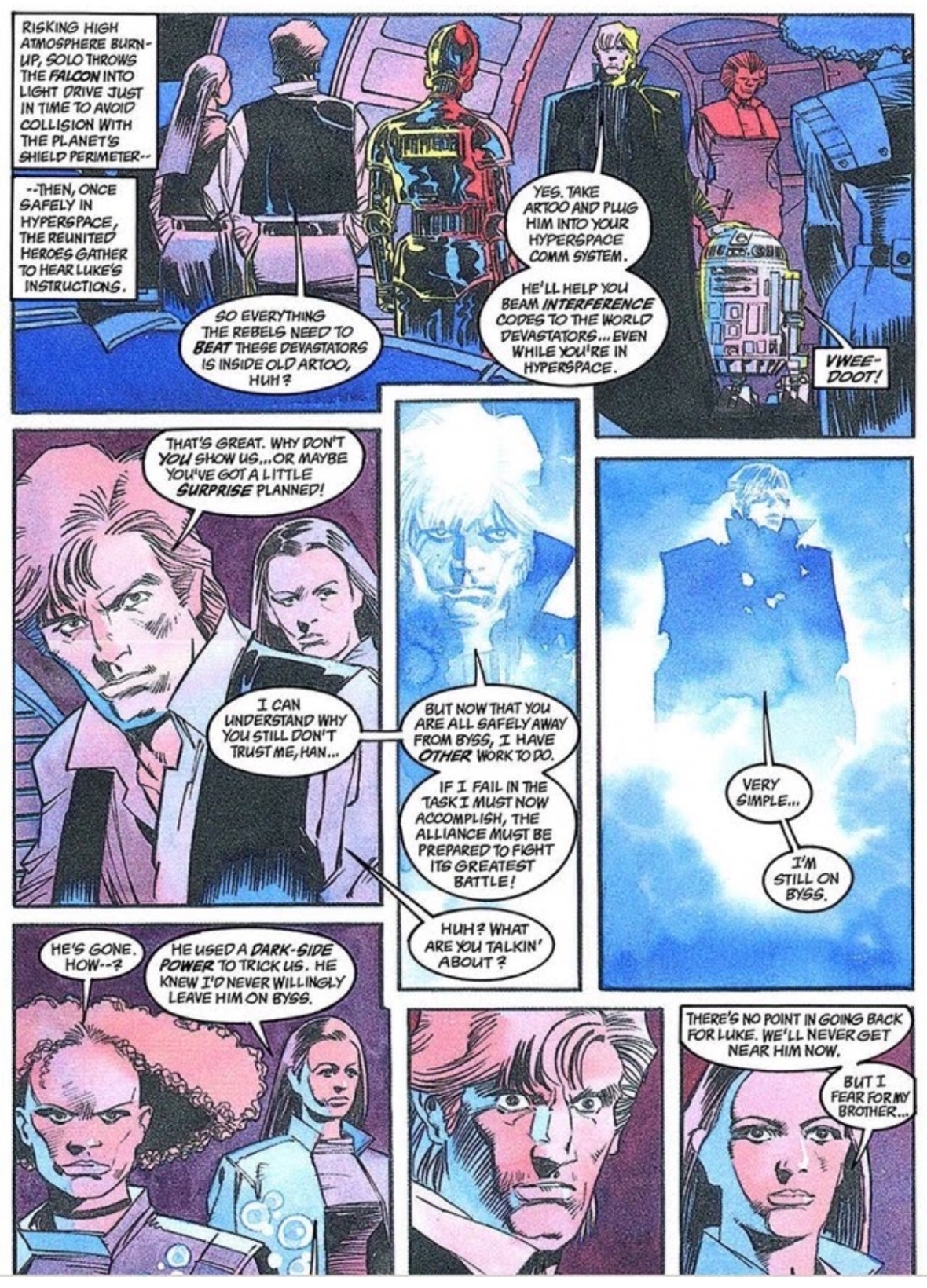 What about Rey and Kylo being able to speak to one another via The Force. This is a bit new isn’t it? Nope, Anakin did it with his apprentice Ahsoka Tano in the Star Wars Rebels TV show:

Finally what of Leia’s Force powers? If you recall Luke told her she had the power and in time she would learn to use it back in The Return of the Jedi. She’s had thirty four years so it stands to reason that she’d have some mad skills by now.

I’ve yet to find any evidence of any other Force Ghost being able to interact with the physical world though but on that, if you are wondering how Rey is somehow going to become a Jedi with barely any training; you saw that she nicked the chronicles before Yoda blew up the tree right?