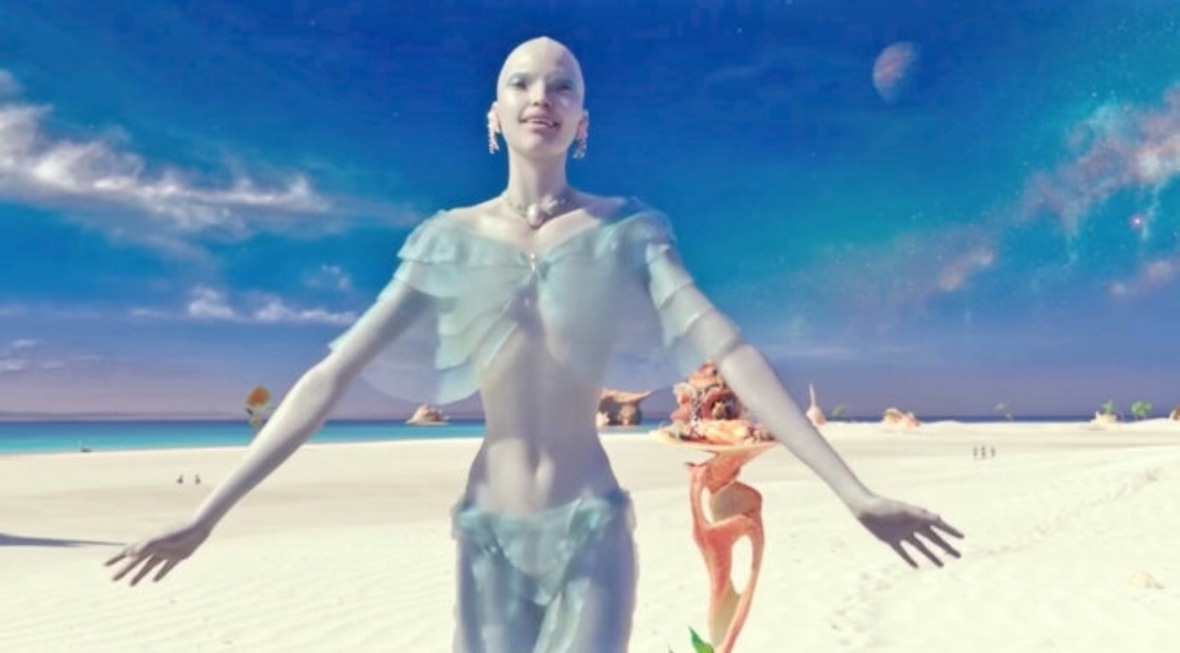 There’s a moment in Valerian and the City of a Thousand Planets, out for home viewing this week, where Cara Delevingne’s female lead has been kidnapped and one of her captors is trying to persuade her into a range of little dresses. It’s an amusing little scene, possibly a bit throw away, but it feels like a microcosm of the whole film as director Luc Besson seems to have spent a lot of time selecting various sexy outfits for Delevingne to appear in as well. Seriously, every one of her costume changes brings something else I wouldn’t be comfortable with my daughter going out in. It’s not just her either. Besson’s commitment to filling the screen with great visuals and pretty things to look at has apparently extended to putting every single female character in various states of undress.

The movie is actually an enjoyable ride and while it’s no Sci-Fi masterpiece neither is it the disaster some critics would have you believe. If you are one of those that thinks Besson’s greatest work is The Fifth Element then this is definitely one for you but if you preferred the strong feminist messages of Nikita or Leon then it is possible you’ll think that what is important has got lost somewhere along the way. Like all of Besson’s work there are good female characters that come out of the shadows of the men in their lives showing themselves to be strong and resourceful but it is a little undermined by the wardrobe choices.

The film starts as it means to go on with an extended sequence on a spectacular alien planet where the inhabitants are all long bodied and short on clothes. Then we meet Delevingne’s space cop Sergeant Laureline, larking around with Dane DeHaan as her partner Major Valerian, and she is in a bikini that just looks like someone has drawn over each frame of the film with a black marker pen to protect her dignity. Then the two are called on a mission and told to dress in something more appropriate so she changes into another bikini, covered this time by a loose garment that amounts to little more than a few handkerchiefs and a couple of sleeves.

Later, when reporting to their superiors, both officers appear in green uniforms which are high necked and long sleeved. Dane has a pair of trousers of course but Cara’s formal attire ends in a miniskirt. Finally when the two have to dress for combat and survival in harsh outside conditions they get space suits. No flesh on display here but the female version of this get up does rather extenuate the boobs with a couple of breast plates that can’t be practical or comfortable. 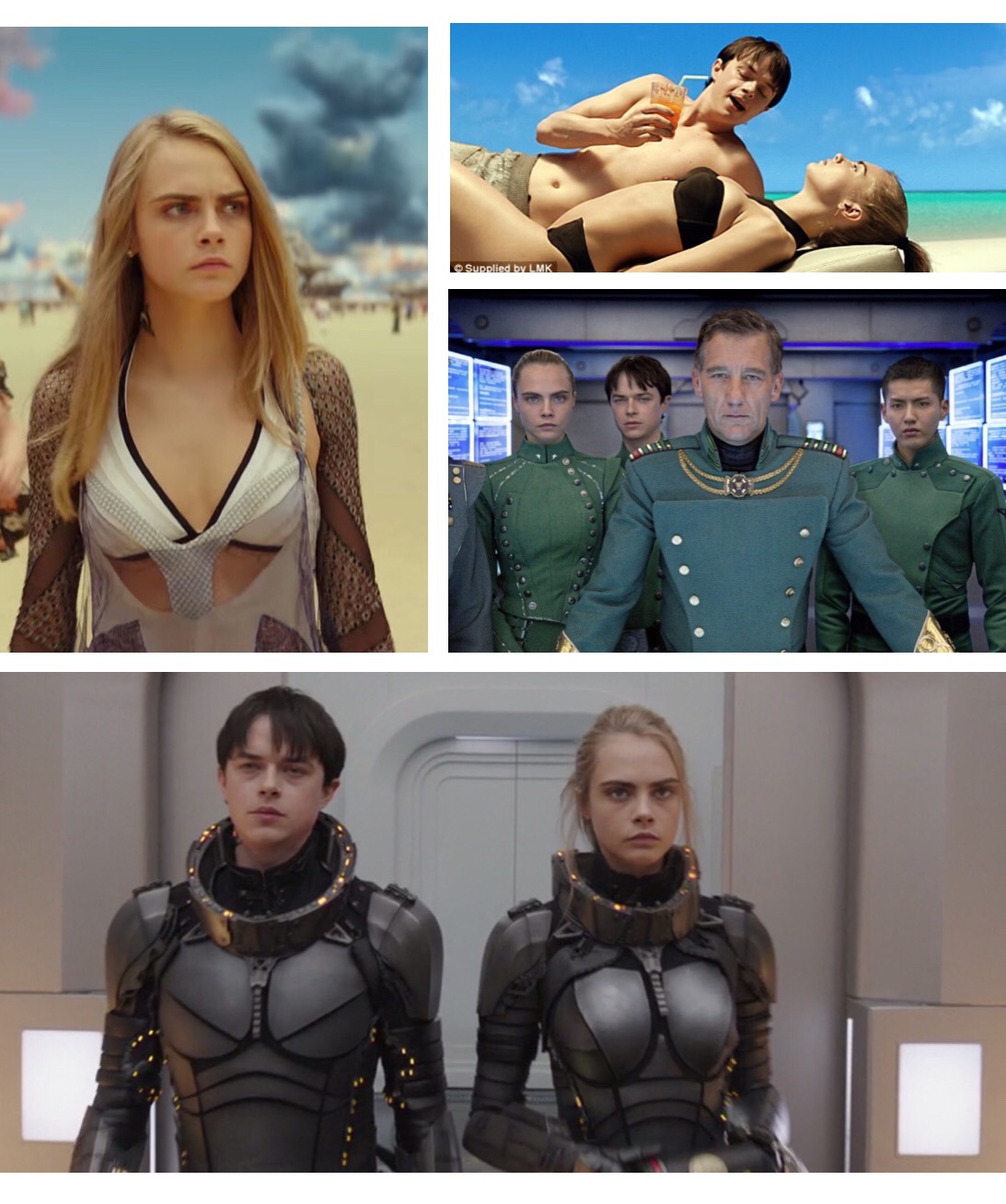 Elsewhere we also get one girl in pants, bra and butterfly wings and another made up as Jessica Rabbit. All the way throughout this film women are dressed up to be displayed, one of them is even made up as a peacock for goodness sake! Valerian and the City of a Thousand Planets is entertaining and the special effects and design are stunning but it is a real shame that this film about a pair of law enforcement officers fighting aliens is less Agent Scully and more Agent Provocateur. It just isn’t necessary and at a time when women in Hollywood are calling men out for they way they perceive and treat them, Delevingne included, it isn’t welcome in such a mainstream movie.