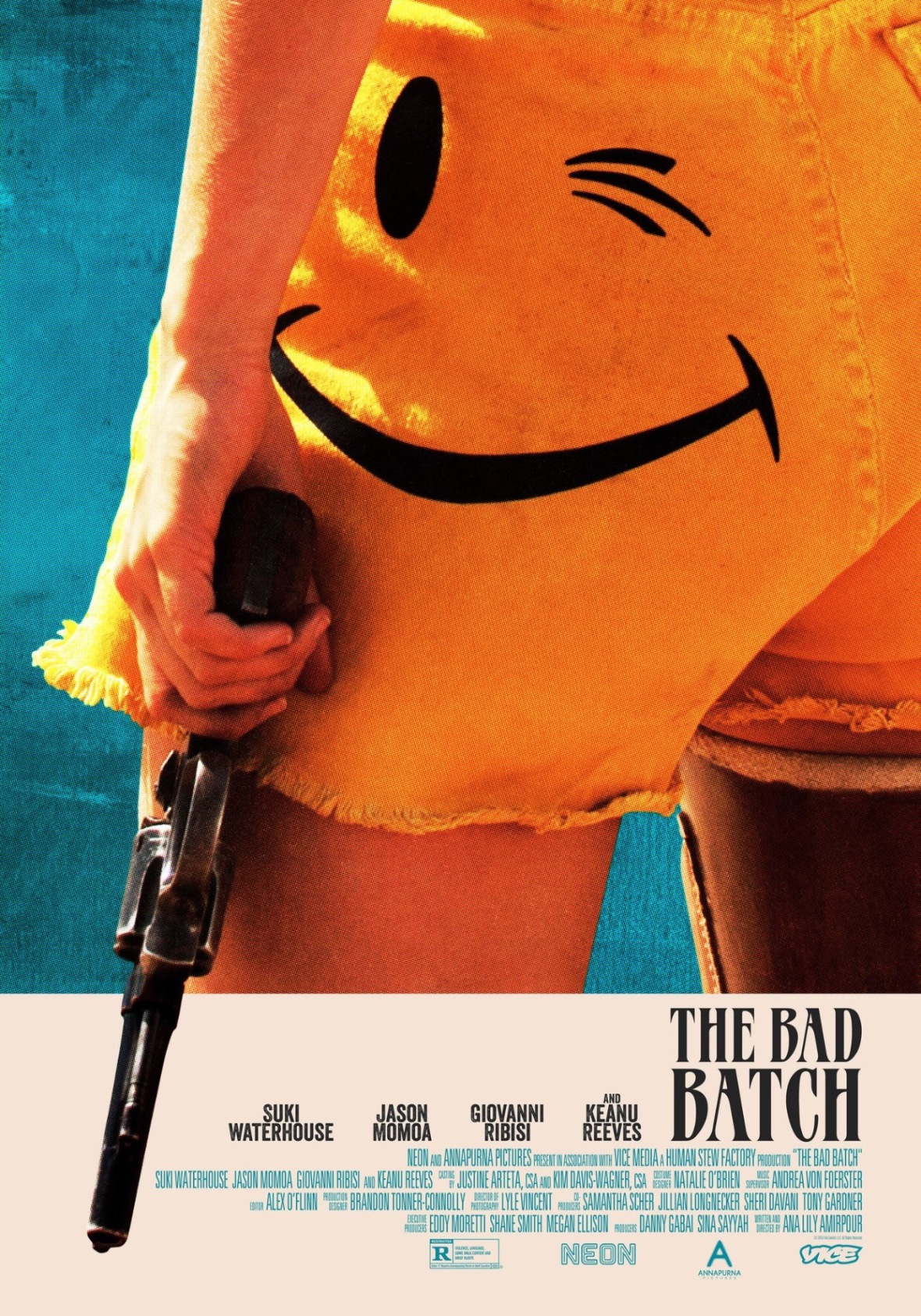 Michael Jackson was taking a bit of a risk with the release of his seventh album in 1987. I mean if you are going to name something Bad then you have to be absolutely confident that it is good don’t you, otherwise you are just providing rope to critically hang yourself. Of course Michael Jackson got away with it because he was Michael Jackson. Back then he was genuinely the king of pop. Bad did after all follow an album called Thriller which needs similar levels of self assurance.

In cinema circles there are few people who have taken a similar gamble and generally avoided getting egg on their face as well. Stephen Daldry’s film Trash didn’t do particularly well at the box office but it is a very charming movie. Trainwreck was widely celebrated and even Bad Moms succeeded in its own way. The Good, the Bad and the Ugly could have gone several ways but it is a clearly brilliant film so that was okay too.

In the case of Ana Lily Amirpour’s new movie The Bad Batch though the title is not working in its favour. With The Bad Batch the previously revered director is having a bad patch. The problem is largely that none of the character motivations make any sense and despite some nice design it isn’t sufficiently engaging. It also has mixed success with its off the wall casting. Jim Carrey is good as a mute hermit but Keanu Reeves is terrible in his role as a spiritual leader. As an actor he tends to need guns, lots of guns.

The story tells of a post apocalypse/alternate reality/near future/dystopian/Trumpian America (take your pick, it doesn’t matter) where Texas is a fenced off refuge for all of the country’s cast outs. Some have found a semblance of civilisation but others have settled into small communities where they survive by eating anyone else who strolls across their path. British model Suki Waterhouse initially runs into the wrong people and it costs her an arm and a leg. Waterhouse is actually pretty strong, there is little vanity to her performance and her US accent is impressive. It’s her weird Beauty & the Beast style relationship with Jason Momoa’s cannibal body builder that capsizes everything.

Amirpour’s last film, A Girl Who Walks Home Alone at Night, was received really well but my thoughts at the time were that if it hadn’t been in Persian and it hadn’t been in black and white then it never would have shown up on the radar of the art house crowd who sung its praises. Amirpour has Iranian heritage but she was born in Thanet and the movie was made in California with American money so the decision to make it appear otherwise was a deliberate decision and a slightly artificial one. Looking at The Bad Batch it has made me realised how the more avant garde feel of A Girl Who Walks Home Alone at Night did help iron over some of its cracks. It wasn’t a case of the Emperor’s new clothes but the let’s just say that a lot of people seemed to like the Emperor’s new hair cut even though it was a wig. To be fair The Bad Batch might have got away with more if it had been shot in monochrome in a foreign language too. The cinematography and shot composition are good but in this context the lengthy shots of people staring out across the desert distract from the style rather than work with it.

You know it’s bad, it’s bad come on, you know it and the whole world has to answer right now just to tell you once again it’s bad.

.
Is this one for the kids?
Hacksawing off limbs, breaking people’s necks, cracking open their rib cages and barbecuing them. I’ll let you do the math on that one too.

The Bad Batch is streaming on Netflix now.