When the early news came out that Anne Hathaway was appearing in a movie about a giant monster stamping all over Seoul it looked like it was going to be another alien Kaiju film in the style of Cloverfield or Pacific Rim. Colossal is not that kind of film though.

Following its screening at the Toronto Film Festival word got out that it had more of an indie vibe a little like Gareth Edwards’ Monsters but actually it’s not that kind of film either.

Then, once the premise was discussed and it became clear that the creature was actually in some way an extension of Hathaway’s character, it began to sound more akin to some of Guillermo del Toro’s fairytale movies like Pan’s Labyrinth or Hellboy 2. It not actually like these at all.

I read some suggestions that maybe the beast was an extension of Hathaway’s subconscious; a monster from the Id as seen in Forbidden Planet but that’s not right.

When the trailer was released showing Hathaway joking around with Saturday Night Live’s Jason Sudeikis it looked a quirky comedy or a fantasy rom com but do you know what? It is neither of these things.

Now that the film is in cinemas the reviews have described it in turn as Godzilla meets Bridget Jones, Godzilla meets Lost in Translation, Godzilla meets Being John Malkovich, Godzilla meets Garden State and Godzilla meets Rachel Getting Married but nope, none of these comparisons are really accurate. I’d say it is more A Monster Calls meets Beautiful Girls but that doesn’t really capture it anymore than anything else. The fact is that Colossal isn’t at all what you might expect and it’s just not easy to quantify. What ever kind of film you think it is, it’s not that kind of film.

Anne Hathaway plays Gloria who having fallen into a lifestyle of reckless New York partying starts to struggle with alcoholism. Made redundant from her job and dumped by her boyfriend (Dan Stevens) she moves home to the middle American town where she grew up. There she reconnects with an old childhood friend (Sudeikis) and his regular drinking buddies while six and a half thousand miles away a gigantic reptile starts terrorising South Korea.

The depiction of how Hathaway’s Gloria and those around her react to this astonishing event isn’t as effective as how the people respond to the alien invaders in Arrival. (What can I say? This isn’t that kind of film.) Gloria’s realisation that the monster is making exactly the same kinds of movements as she her is played really well though, with her going through disbelief, amusement and torment before slowly starting to take some control over the situation. It’s better that you don’t know any more than this but I will say that it does not necessarily go in the direction you’d think and is moving, inspiring, amusing and rewarding as it works toward its satisfying ending.

In different hands the off centre conceit could have failed but writer/director Nacho Vigalondo and his cast handle it really well. You clearly need to be able to suspend disbelief but if you like smart films that play with genre conventions and use fantasy ideas to say things about real life then there is much here to admire and enjoy. It’s that kind of movie.

In spite of its children’s movie, magic just happens, young person controls huge monster, Pete’s Dragon kind of story idea this is not a family film. The destructive nature of addiction is a theme here as well as a metaphor and in places characters do things that are upsetting. There is no nudity or strong violence but the swearing, excessive drinking and mentions of drug use have earned it a 15 certificate.

Obviously Colossal has a female lead which good but from an equality point of view it is the kind of film that would never have cast a man because the character requires a type of forgivable vulnerability that Hollywood rarely gives to male protagonists. This is something to be explored later. However Gloria is ultimately courageous, she is certainly not there to define the men around her, she is realistically flawed, she drives the plot and she is never objectified. 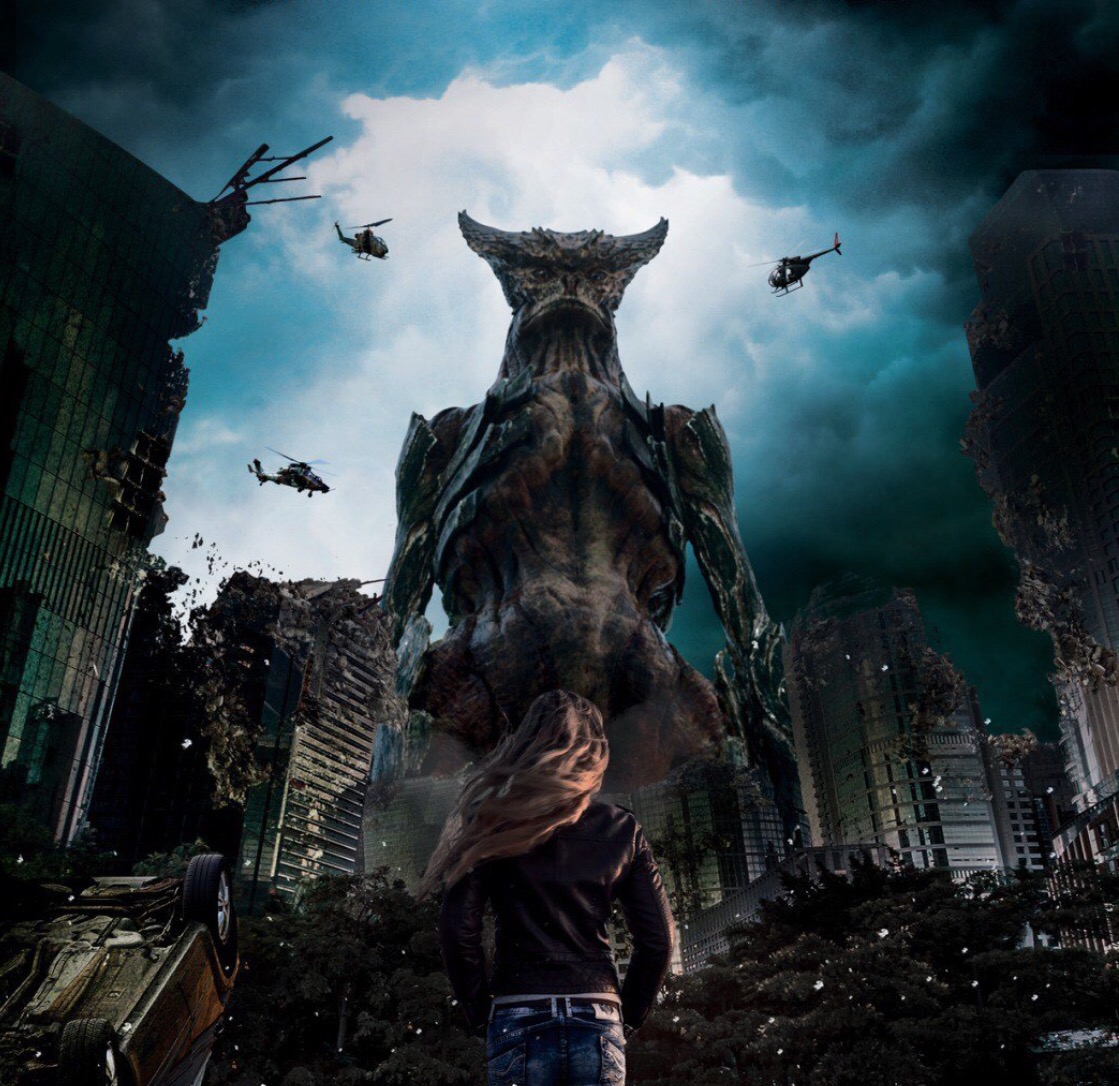 One thought on “Colossal”