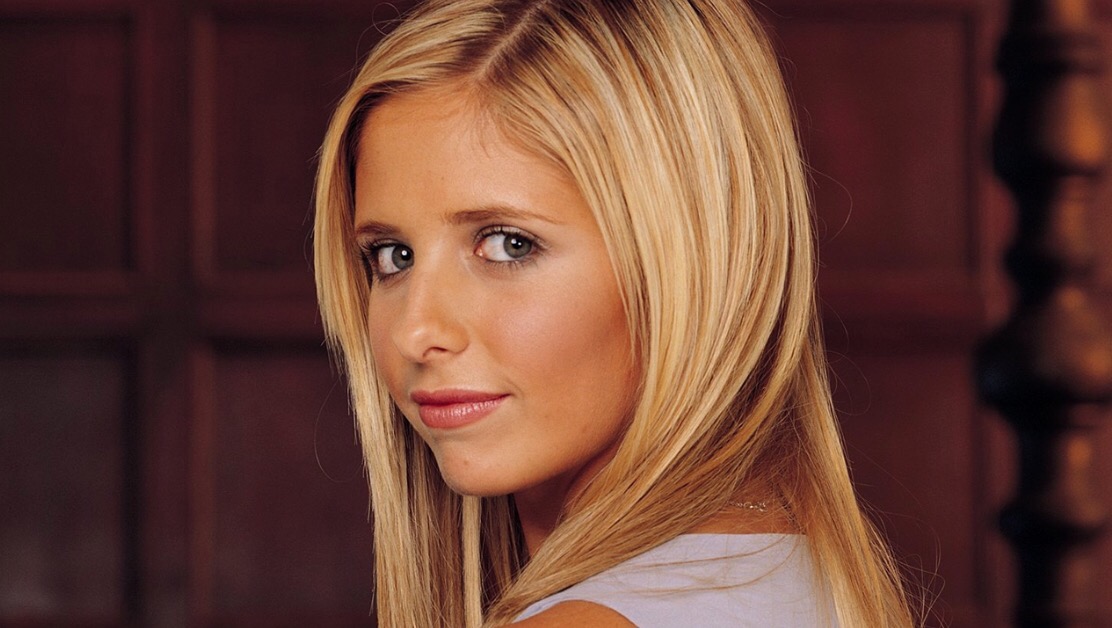 .
If you look at the big TV shows around at the moment, a large number of them have strong fantasy elements. There’s Game of Thrones, Supernatural, Once Upon a Time, Grimm, The Walking Dead, Penny Dreadful, Sleepy Hollow, American Horror Story, Outlander, Teen Wolf, Shadow Hunters and Stranger Things to name just a few. Yet if you wanted something in this broad genre a couple of decades you had the X-Files but beyond that it was reruns of The Munsters and Bewitched. Unless you count Scooby Doo.

This change wasn’t a slow evolution though. On 10th March 1997 Buffy the Vampire Slayer was aired for the very first time and very quickly things started to shift. Different as it was, the show was no doubt a bit of a risk at the time for its largely unknown writer Joss Whedon and the Warner Brothers network that took a punt on broadcasting it. Now though it stands alongside Friends as one of the two most influential series of the last thirty years. It isn’t just the shows listed above or obvious successors like True Blood, Being Human and Charmed, that rode the wave of this sea change either. Buffy also paved the way for successful teen focused dramas like The OC, Pretty Little Liars and Gossip Girl as well as anything (in the movies or on TV) that has featured a young woman kicking butt. There’s no denying it, whether you love it or you just haven’t given it the time it deserves yet, Buffy did for television what Star Wars did for cinema; it picked up on the heritage of a range of genres and repackaged them for a new audience with a spin that made it seem original and totally fresh.

Like The Princess Bride, Buffy is one of those things it is easy to dismiss if you’ve not seen it; it sounds a little corny and is probably something for a demographic that doesn’t include you. People that give it time though find really smart storytelling with brilliant humour, monsters that are by turn creepy and ridiculous, great characters and occasional rip your heart out moments of high emotion. Also, like Harry Potter, it gives you a group of characters that you can see grow up and a certain section of the audience who caught it at the right time grew up with them. I don’t quite fit into this category, I was 22 when it first aired in the UK and didn’t actually catch up with it until Season 2 showed on the BBC three years after that. Buffy takes its group of kids from the age of 16 to their mid twenties, through high school, university and early employment so all of this had still happened for me relatively recently at that stage. I admit I am looking back at Buffy through nostalgia tinted spectacles but I believe that anyone coming to it now, dependant on their age, will either find it relevant to them or reminiscent of an important part of their lives already lived.

That is the brilliance of Buffy and the thing that those who dismiss it don’t see. It is at its heart a show about adolescence and early adulthood. All the other supernatural stuff is metaphor. There are obvious examples of this symbolism, in one case surrounding how certain people behave after going to bed with one another and in another how hard it is to deal with bereavement but I won’t go into these now. Fans of the show know them already and newcomers have them still to discover. Needless to say for a story about defeating rampaging demons Buffy has a huge amount to say about life, love, failure, loyalty, mortality and loss.

Of course it does have evil creatures spewed up from the mouth of hell too and the variety of these is still impressive even in these days of faultless CGI. Best of these were the grinning Gentlemen who turned up from some dark fairytale, stole everyone’s voices and kicked off what is arguably the best episode. (Some people prefer the musical one and it’s a tough call.) The monsters of the week were rarely as interesting as each season’s big bad though. Like the X-Files before it Buffy paraded out a series of spooky enemies to defeat each episode while also telling a larger story with a bigger more formidable villain. Across seven seasons Buffy and her friends had epic battles with ancient vampire overlords, modern day Frankensteins, deliciously polite but demonically corrupt politicians, perky gods, evil nerds, ex-boyfriends and each other. Together they prevented the apocalypse around half a dozen times. It was those friends that were the consistent factor throughout; the witch, the ex-vengeance demon, the vampire(s) with a soul, the mystical sister, the school princess, the goofy guy with questionable dress sense and the librarian, each of them bringing various skills to the table, magical or otherwise. They were like an extra curricular after schools club version of The Avengers or perhaps a supernatural Breakfast Club.

TV stars often struggle to find more than one big show or even make the jump to the big screen but with Buffy the casts’ failure to really do so is more surprising than normal. What better calling card could they have had? Each of them showed great skills in drama, comedy, fighting, singing and dancing but few of them have done anything of great note since. To be fair Alyson Hannigan had a lead role in How I Met Your Mother, David Boreanaz is still churning out episodes of Bones and Anthony Head has done bits and bobs but these guys should have been more successful. In terms of making the transition from small screen to big, lead Sarah Michelle Gellar ought to have been another Mila Kunis but as it is she’s barely even a Catherine Zeta Jones.

Still, if you are only going to have one big credit to your name then Buffy is the one to have. If you’ve not watched it before it’s not too late and if you’re already a fan I probably had you back on board as soon as I mentioned Scooby Doo. 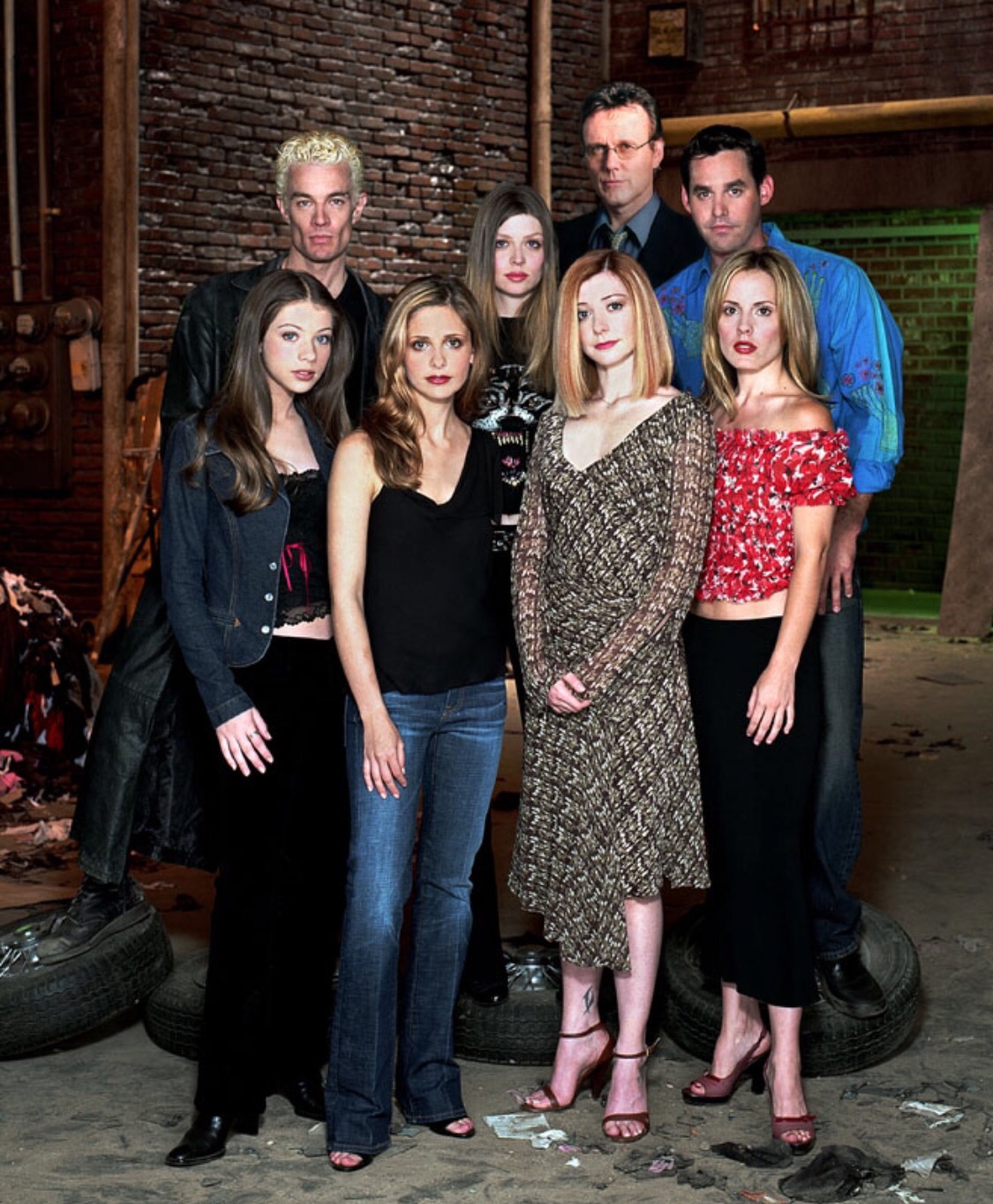