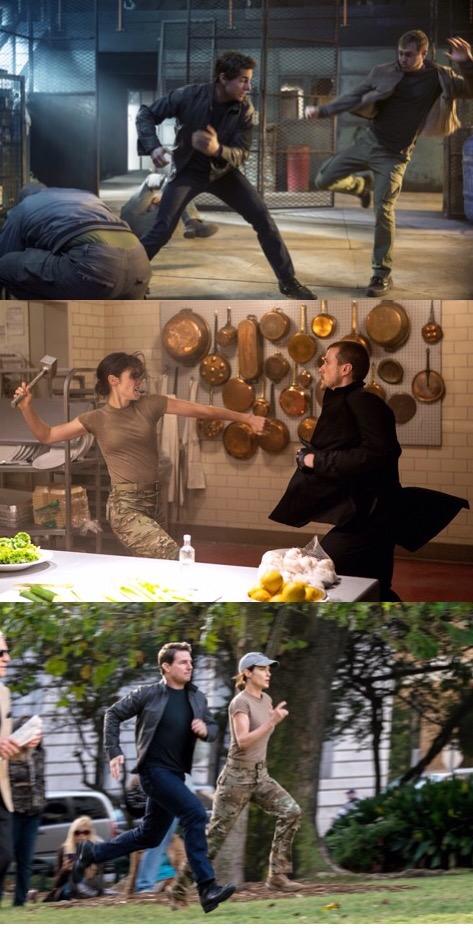 In many respects this Jack Reacher sequel is a nothing more than a fairly standard action movie. The plot is fine, the action is alright and the performances are okay although Tom Cruise is dialling down his usual charisma as the stern character demands. It is all perfectly serviceable if a bit old fashioned in its approach; without any surprises or knowing twists on genre convention it does all feel a little 1980s. In one respect though this film offers an enticing vision of a future film industry. It leads the pack toward a better Hollywood. It shows us how movies should be.

There has been much in the press over the last few years concerning the lack of diversity in mainstream cinema yet here is a film that deliberately tries to address this. It might be a little laboured at times but the writers, the director and the star/producer are consciously making a movie here that places equality high on the agenda.

Mostly this focuses on the positive representation of women. I credit Tom Cruise for this alongside his creative partners as this is actually becoming a very welcome, and I suspect deliberate, trend in his work. If you look at his previous two films, Mission: Impossible – Rogue Nation and Edge of Tomorrow both feature heroines who are at the very least the equal of the male hero and to some extent his superior and saviour. Now in this movie the second protagonist is essentially a female version of the titular lead. Like him Cobie Smulders’ Major Susan Turner is decorated military, like him she is emotionally reserved and like him she kicks ass. They even seem to run at the same speed and they have the same colour hair just in case making her blond would have been sexualising her slightly more than him. There is a scene early on where following a scuffle with the enemy they retreat to a hotel room and both remove their shirts to wash up and cool down in exactly the same fashion. This isn’t a case of the guy stripping off to justify the woman stripping off for the guys though, it feels like the two are totally mirroring each other but for the fact that one of them is wearing a (functional not skimpy) bra.

As if this wasn’t all clear enough there is actually a scene where the two of them argue over gender stereotyping. ‘Why should I stay here and watch the kid while you follow a lead’ she says, ‘is it because I’m a woman?’ (I’m paraphrasing.) In the end it is her that backs down but when he returns from his mini mission he has to admit that this was a mistake and that she should have gone instead.

The effect of all of this is undermined very slightly when he is the one to work out the final key detail in the conspiracy they’ve been fighting against and he is the one to dish out the final smack down on the bad guy. So much effort has been made to make them equal partners up until this point though that it doesn’t really matter. He couldn’t have done any of it without her and she couldn’t have done any of it without him. She doesn’t succumb to any maternal instincts either, even with the aforementioned kid in tow, while his character arc is all about facing up to parental responsibility. Speaking of the child, she is a fifteen year old girl and she is proactive and brave and she moves the plot along as well.

Elsewhere there is a key conversation about homosexuality and the fourth hero is played by a black actor so these boxes are ticked too but it is in the area of gender politics that the movie really shines. It isn’t handled particularly subtly but the genders are totally balanced in this film and isn’t this how it should always be?

It is a shame that Smulders doesn’t feature as prominently on the poster but if you look at the image even this reinforces the idea that she is a reflection of him (and vice versa).

Well done Jack Reacher, you are a champion of feminism. 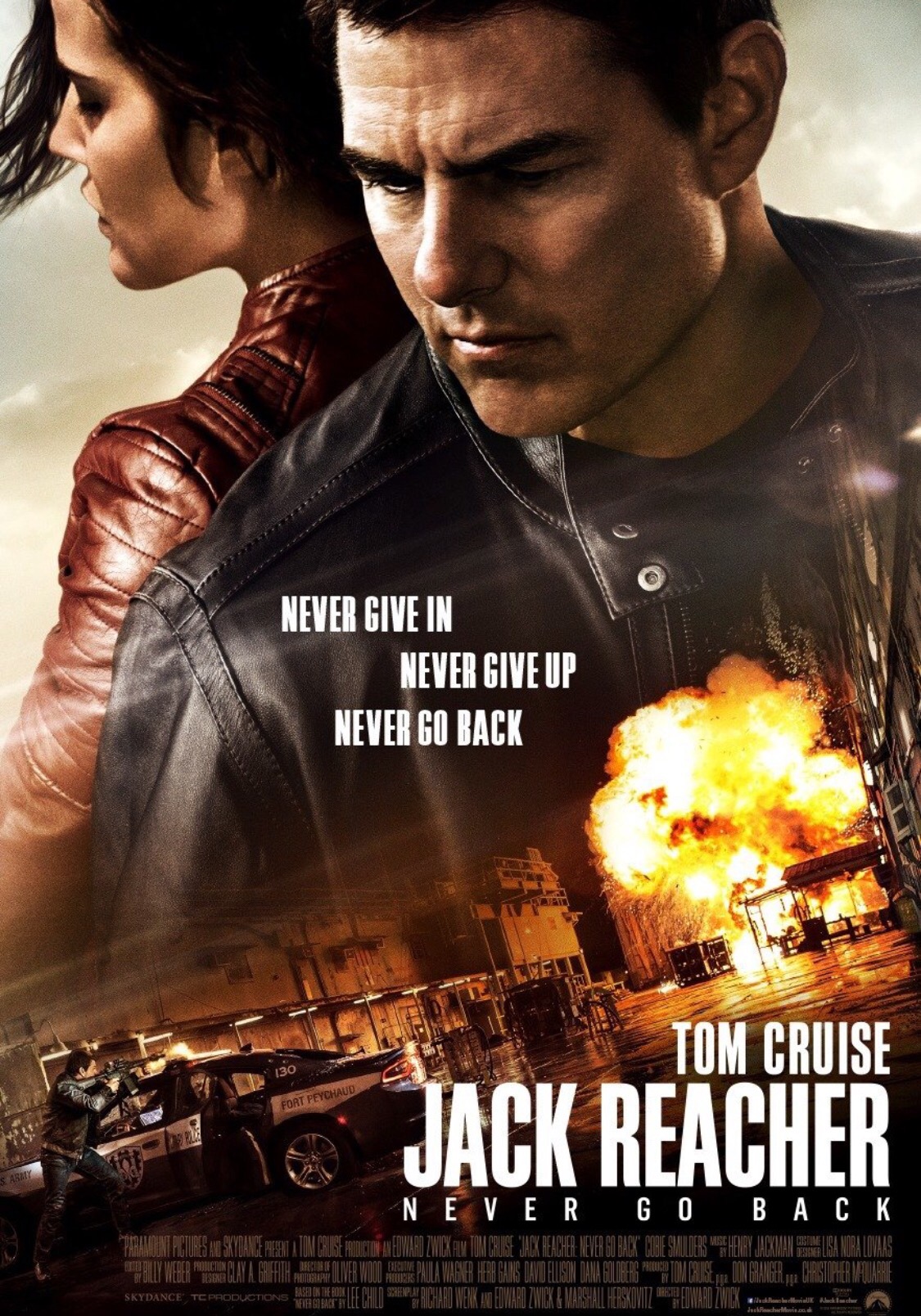 One thought on “Jack Reacher: Never Go Back – One of the most important films of the year”