This line comes late in the film but pretty much sums the whole thing up. To make it more apposite perhaps they should have said ‘so Marvel has wizards now’ but in this context it essentially means the same thing. Yep, this studio has given us superheroes with various pseudo-science origins, green monsters, tiny little shrinking men, telekinetic mutants, alien gods, a genetically modified raccoon and an anthropomorphic tree and now we’ve got full blown mystical sorcerers. I used to worry that Marvel Studios would drop the ball at some point, that they would introduce a character that was just too silly, but I am now thinking that they can take absolutely any premise and turn it into a blockbuster movie. There is literally nowhere these stories cannot go; they have created a world where it is impossible for them to jump the shark. Frankly, they could bring Winnie the Pooh and Santa Clause in right now and I’m sure they’d make it work.

Of course Doctor Strange is a long established character in the comics, as is his world of ancient spiritualism, but in many respects they’ve stretched incredulity even further in the movie than they did on the page. The influence of Disney, Marvel’s parent company, has not pervaded before but this film actually features a thinly disguised cameo from Aladdin’s magic carpet. This is pushing it but as ever, they’ve pulled it off.

The other Marvel Cinematic Universe movie this one most resembles is Thor. Like that film Doctor Strange represents a step up for the ongoing story. Thor took us to outer space, considerably opening out the scope of the narrative, and here we have journeyed to the metaphysical realm. Like Thor we also get to see ordinary people’s reaction to this fantastic world, which carries some humour, and like Thor the amazing visuals are carrying a weaker story.

This is not to criticise the movie, the story is fine, but it doesn’t have the sophistication and characterisation we might have come to expect following Civil War, the studio’s last film. Recently Marvel have been playing with conventions and audience expectations a bit but this film is a step backward from this. It is still leagues ahead of DC’s Justice League movies though and easily exceeds the X-Men. It may be underwritten but it is not overblown and as with all of the Avengers’ adventures, it is tremendous fun.

Then there are those aforementioned visuals. This is the real trick the film has up its sleeves, this is its true ace card. If you’ve seen the trailer then you’ve had a taste of the images this film conjures up but think about the cities folding up on themselves in Christopher Nolan’s Inception then multiply it by a factor of twenty. The way New York twists and kaleidoscopes around when reality is distorted is spectacular. At one point our heroes are caught up in the middle of this, dropping through tunnels and staircases before being up turned and flung off in other directions. It’s like an M.C Escher fever dream. Think about the castle scene from Jim Henson’s Labyrinth then multiply it by a factor of twenty thousand. Catch it in IMAX if you can.

Benedict Cumberbatch is good as Steven Strange, it is hard to think of anyone else in Hollywood who could have played him. It is also nice to see Cumberbatch having fun in a movie. A desire to do this is what clearly lead to his hideously misjudged cameo in Zoolander 2 so I’m glad he’s got this now. Reuniting with Cumberbatch after 12 Years a Slave (one for the Oscar, one for the pay check) is Chiwetel Ejiofor bringing his normal calm strength to the part of fellow wizard Mordo. Tilda Swinton and Benedict Wong are also good as the Hogwarts headteacher and librarian respectively and Mads Mikkelsen is good enough as the bad guy. Rachel McAdams is the main muggle in the film but she is fairly marginalised.

This is a middling addition to the MCU catalogue then but one that effectively introduces a new character and some trippy concepts that will be important later. Its links to the bigger picture are minimal but that’s no bad thing after the complexity of Civil War. There is a great view of the Manhattan skyline with the Avengers Tower quietly in the shot and a couple of events and people are obliquely referred to but there is little more than that (until the credits of course). There is mention of an army officer having suffered a spinal injury whilst wearing an armoured suit which could be Rhodey or one of the poor suckers who had to test out Justin Hammer’s rip off Iron Man outfits. There is also a description of a girl with inhibitor chip who was struck by lightning. We don’t know who that is yet but I get the impression we will. My guess is it will tie in to Captain Marvel somewhere down the line. In fact everything in this film will take on greater significance later but for now it offers a great night at the pictures.

More women playing key roles is what we want and the all-knowing Ancient One who was a wrinkly old Asian man in the comics is now a Caucasian woman. There has been some objection to this, it being viewed as a case of Hollywood whitewashing, but Tilda Swinton’s casting works in the context of the film and while it might fail in terms of its ethnic diversity, it is a win for gender equality.

Elsewhere McAdams Christine Palmer is clearly a brilliant Doctor but she is fairly inconsequential to the events of the film. She is essentially just the ex-girlfriend which is not the most empowered of parts to be given.

The reason Doctor Strange turns from the scientific arts to religion is because his hands get smashed up in a car crash and he can’t perform miracle surgery anymore. There is some fairly gruesome injury and operation detail so if this stuff makes your kids queasy they may not like these bits. Generally though the film has the same standard level of violence as any of these Marvel films.
. 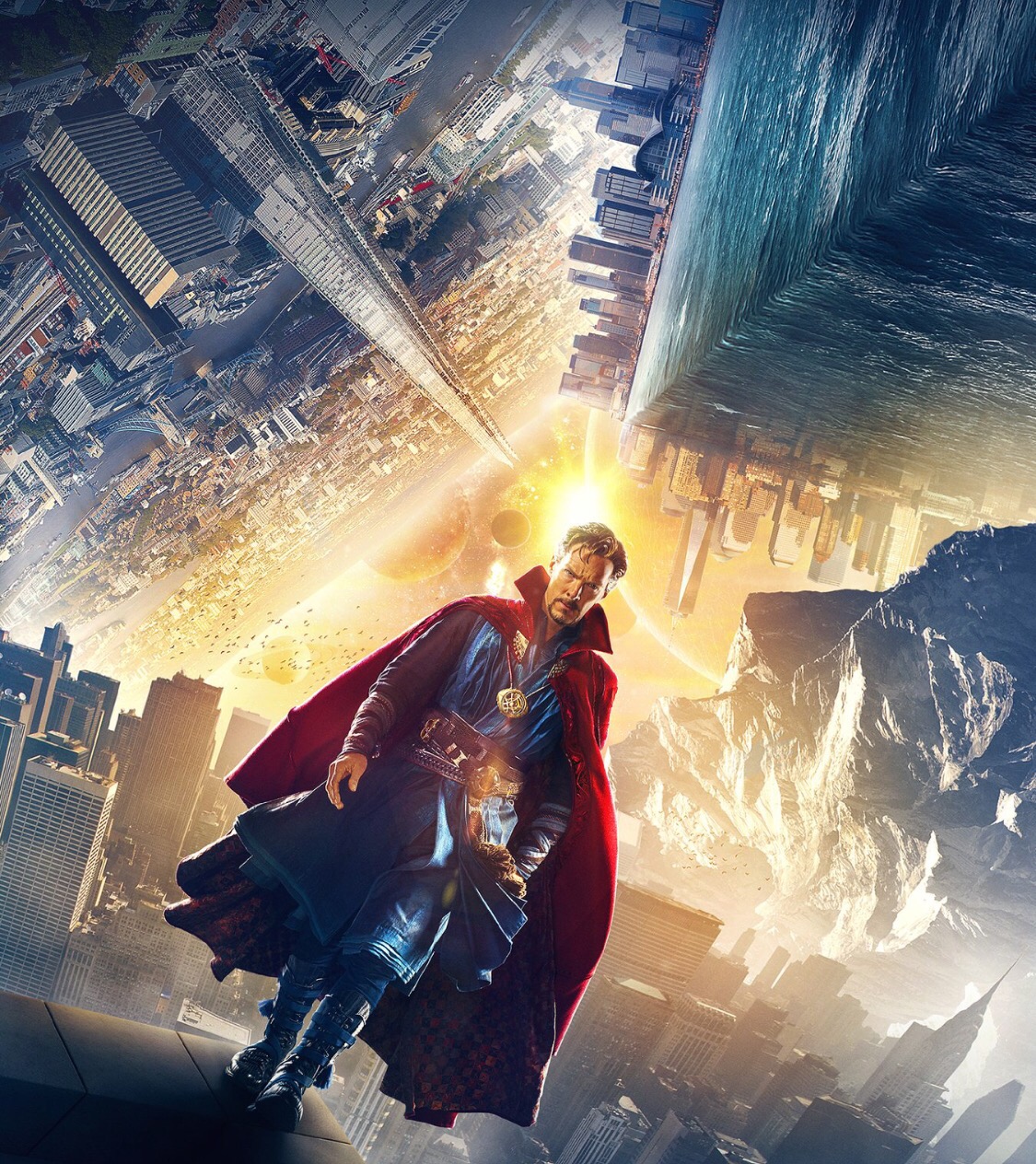