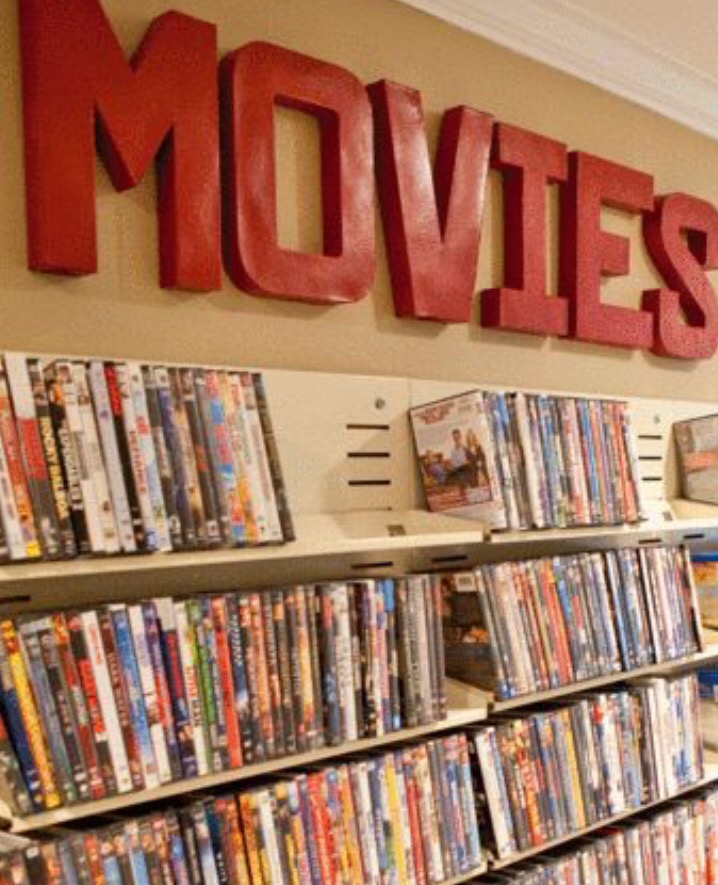 This is the pick. If you are looking for something to watch this weekend then call off the dogs because the hunt is over.

Sing Street is the latest film from John Carney who directed Once and Begin Again and while it follows the same ‘let’s form a band’ model it is also a brilliant depiction of teenage life in the 1980s. It is charming, it is inspiring, it is funny, it is your next rental.

.
10 Cloverfield Lane
There was clearly this great screenplay kicking around about a young woman who appears to have been kidnapped and locked in a bunker but has apparently actually been saved from some terrible cataclysm and is being kept safe below ground. At some point someone read this and realised there was a way, with some rewriting, that this already gripping story could be tied in to the world of Cloverfield, J. J Abrams’ successful alien invasion movie from 2008. Fortunately both aspects of the film are done brilliantly although you do need a comfortable tolerance for slightly jarring science fiction endings to get the most out of it.

.
Eye in the Sky
Eye in the Sky is a superbly tense war film for people who don’t like war films. This is contemporary warfare and the movie feels more akin to shows like Homeland and 24 than it does to Saving Private Ryan, centring on surveillance drones and terrorist cells. Eye in the Sky is better than these TV shows though as the drama and emotion focuses purely on the moral complexities of combat not the domestic and psychological circumstances of its protagonists.

Helen Mirren plays a British Colonel overseeing a search and destroy mission on an important terrorist leader in a Surrey control centre. Alan Rickman is the General on the end of the phone and video feed in a Whitehall room with some select politicians around him and Aaron Paul and Phoebe Fox are the drone pilots in a shed in America with their finger on the trigger of a hellfire missile. Barkhad Abdi is the one guy on the ground, outside the enemy hideout in Kenya. They are all ready to make hard decisions when the order changes from capture to kill then things get a lot more complicated when an innocent wanders into the blast zone.

It is gripping and uncompromising and the outcome feels both unpredictable and inevitable. Alan Rickman is superb too in a brilliant and final screen appearance.

.
Eddie the Eagle
To be honest this is a fairly cheesy, victory in the face of adversity (small, personal victory) sports flick. It is lifted above this though by its stars Taron Egerton and Hugh Jackman and it’s director Dexter Fletcher. In the wrong hands this could have been terrible but these are the right hands and it’s actually wonderful.

.
The Brand New Testament
This one is fairly bonkers. God is real and living in a modern day flat in Brussels, malevolently torturing humans from his all powerful computer. Looking to get back at Dad, his daughter emails the whole of humanity their death dates and escapes the apartment, through a portal in the washing machine, to go out into the city and find apostles just like her brother did some years earlier. She finds an older woman who she helps find love with a circus gorilla, a sex addict who wants emotional gratification, a murderous sniper who needs to be loved and a little boy who yearns to be free of gender restrictions. It is all very European; a British or American film would never ask its audience to sympathise with an psychotic killer of innocent pedestrians or a serial user of prostitutes. It isn’t quite as irreverent as it wants to be but it has humour and surreal charm from its start to the end of its embroidered credits.

.
The Witch
A Puritan family in 1630s New England play out their very own domestic version of The Crucible as their children go missing or get possessed and they begin to blame their eldest daughter. Whether it be her or not though this time it isn’t all paranoia because some very dark and spooky things are genuinely going on.

The film is not very scary but it is deeply deeply creepy and it’s certainly not for the feint hearted. If you’ve enjoyed the work of Ben Wheatly, particularly Kill List and A Field in England (not those episodes of Doctor Who) then put this on the watch list.

.
Midnight Special
It promised The Sugarland Express meets Close Encounters, it delivered Escape to Witch Mountain meets Tomorrowland. It turns out that isn’t such a bad pedigree though. Mystery surrounds the story as a young boy is rescued from a cult that has deified him. He wears googles, not for his own protection but for those around him, he has a love for Superman comics which may be a professional interest and he needs to get somewhere by a certain time. When the answers come it is less detailed exposition and more a series of unexplained special effects sequences but it works.

.
The Jungle Book
I wonder if I’ll like this more on a second viewing. The familiar story with some small changes is compelling (it is an adaptation of the Disney cartoon not Kipling’s novel), the entirely CG environment is astonishing (it’s like Gollum in reverse – a real person in an animated world) and the sentiment is appealing but somehow it didn’t connect with me. I fear I was watching it through nostalgia tinted spectacles and as a result I couldn’t quite focus on it.

.
Triple 9
The title refers to the code given when there’s a cop killing causing all local law enforcement to converge on the scene of the crime. The plan here is to trigger this as a distraction from a heist but to pull it off they need to be devoid of any conscience which, wouldn’t you know it, they’re not. The complication comes when the target is selected as an idealistic officer new to the district whose crooked partner is actually the gang member charged with popping him. The film wants to be Heat or perhaps The Town but it falls short of both of these movies. Still, the strong cast keep it going. We’ve got Anthony Mackie, Casey Affleck and Woody Harrelson, all working toward becoming Oscar contenders, and Chiwetel Ejiofor and Kate Winslet, briefly forgetting they already are.

.
Jane Got a Gun
This one was originally the project of We Need to Talk About Kevin director Lynne Ramsey so file it under ‘what could have been’. As it is they’ve tried to to make a classic Western but have only succeeded in making a very basic one. Natalie Portman plays Jane whose husband has upset Ewan McGregor and his gang of outlaws. Her man has been all shot up so it falls to her to tool up and protect him, her home and her daughter from further retribution.

Just as it is all set up to become a great feminist piece Jane decides to recruit Joel Edgerton’s gunslinger to help out making it a much less empowered but much more realistic companion to cowgirl films like Bad Girls and The Quick and the Dead.