Suicide Squad has some significant problems. First of all it is criminally underwritten, possibly even more so than Batman V Superman to which this is effectively a sequel. As with that film the characters motivations are confused and there are story threads that run to nothing. Flashbacks pop up that are random or unnecessary, the tone is varied and the pacing is off. Also some of the main players get two scenes to introduce them whereas others get one line, making it totally predictable who is dispensable and who is not taking all of the tension out of the battle scenes. These flaws are entirely predictable from executive producer Zack Snyder, whose style over substance finger prints are all over it, but it is a bit of a surprise from director David Ayer. It is hard to see how such problems weren’t sorted out during production, it is as though the title of the film seems to refer to some kind of critical death wish on the part of the film makers.

There’s more. The sexual politics are pretty offensive in the sense that the two female leads are totally objectified. Margot Robbie’s Harley Quinn is probably the star of the movie as much as she was the star of the publicity. The character originated in the Batman Animated Series in 1992 but was picked up by the comics within a year where she was inevitably overly sexualised, especially when she became a part of the series this film is based on. Back on the screen but now live action she is toned down a little but remains a teenage boy’s fantasy. She’s wearing a shirt, most of the time, but it’s all pigtails up top and tiny pants down below. This latter costume detail is most obvious when she is shot from behind which she is, regularly. The camera lingers a little less on Cara Delevingne’s bonkers Enchantress but she is wearing even less. Apparently she is an ancient and mighty witch commanding powers beyond comprehension so of course she’d be in chains and a dusty bikini. Harley Quinn is also essentially the damaged victim of abuse which does not sit well. 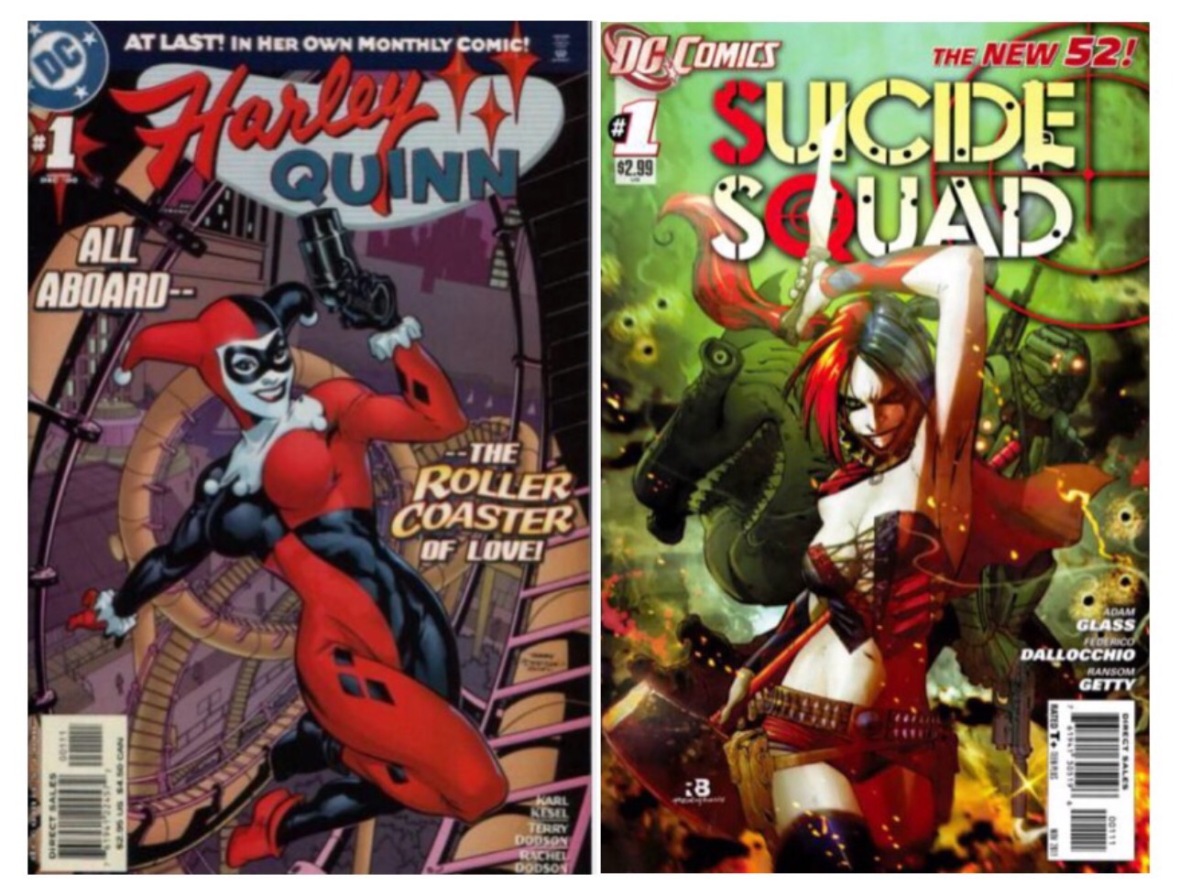 The thing is though, for all of this, Suicide Squad is a tremendous amount of fun. The plot is essentially that of Monsters V Aliens; a group of dangerous freaks are let out of prison to fight something bigger and badder than even them. Alongside Harley is Will Smith’s Deadshot, a never failing assassin who is ostensibly the male lead (imagine a cross of Agent J and Agent K from Men in Black only more psychotic). There’s also a human torch, a poor man’s Hulk, a surprisingly unannoying Jai Courtney and a young lady who’s wandered out of The House of Blue Leaves from Kill Bill 1.

Even though the movie fails to balance this ensemble it is enjoyable watching them work their way through the set of Escape from New York toward a fumbled plot twist and then on to take down Gozer from Ghostbusters. The one liners zing nicely and both Smith and Robbie are worth the ticket price alone (she actually has a lot more to her than shiny knickers, fishnets and a wedgie).

The other thing the film has is The Joker. Heath Ledger remains the king clown prince of crime but Jared Leto’s performance is excellent and it is different to any version we have seen on screen before. His Mr. J is a properly unpredictable, volatile psycho with no regard for human life whatsoever. The idea of him facing off against Ben Affleck’s Batman in some future movie is genuinely tantalising. The fact that Leto stayed in character the whole time must have been very unnerving for everyone on set.

The movie isn’t compromised to get a lower certificate either. It is not incredibly violent but it is as brutal and sweary as it needs to be to do justice to the source material and it has earned itself a 15 certificate. Marvel are still way way ahead of DC/Warner when it comes to building their cinematic superhero universe but the idea that Iron Man and the gang would ever do anything that didn’t appeal to the widest audience possible is unthinkable. At least in this respect DC are doing something different.

It probably helped that my expectations were low but from my point of view Suicide Squad can be forgiven its considerable crimes.