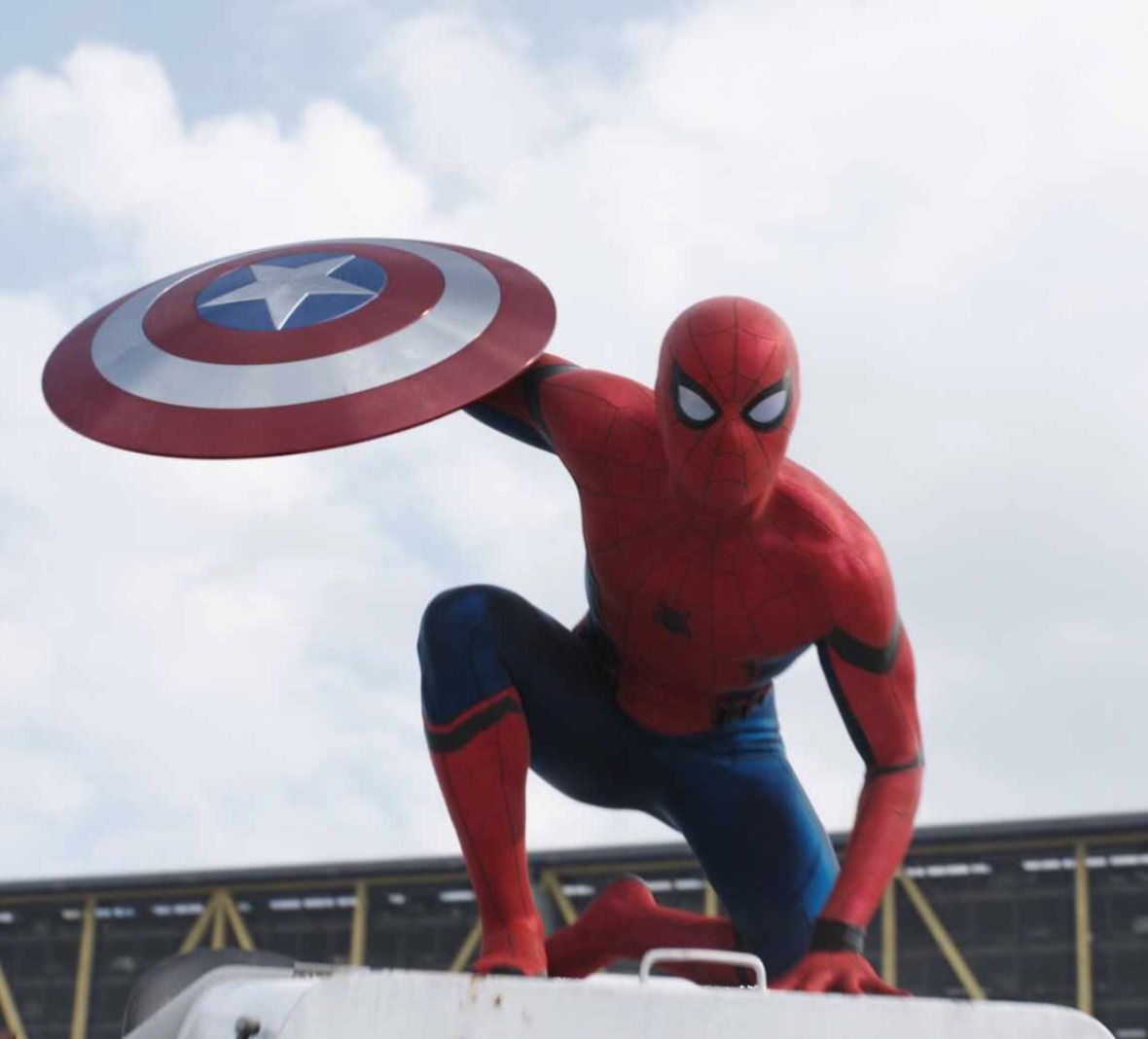 Spider-Man
Face it, Sony Picture’s, who previously owned the exclusive film rights to Spider-Man, were not doing the character justice. They made a couple of fun films with Sam Raimi and Tobey Maquire but number 3 wasn’t great and, good as Andrew Garfield was, his web slinger films were both a little underwhelming. The deal Sony has now made to share the character and put him back amongst friends has done the character a service.

Crucially Spidey is a kid again. Maquire and Garfield were both touching thirty when they finished up but Tom Holland is actually a teenager which is key to the character. It’s how we were introduced to him in the comics but until now we’ve not properly seen this on screen.

Holland’s two key moments in Civil War, one in the famous red and blue costume and one not, are both great. The scene in his flat was a perfect and suitably economical reintroduction to the character. I love that he was interrupted when he started to explain how he got his powers, because we really didn’t need that laid out again, but I also loved that they let him talk when he needed to. Basically there was no shutting him up during the big battle. Here Marvel showed that they know what their audience needs as well as knowing what they don’t.

The witty banter during the airport fight properly gave us the Spider-Man we know from the page. The chatter wasn’t smug either, as it was with in the other films. It was cocky sure, but it just was a smart adolescent asking questions about the fascinating things he was seeing. I also loved the fact that his voice often echoed that of the audience, commenting on The Winter Soldier’s metal arm and pointing out that Cap’s shield does not obey the laws of physics at all.

We got a nice new version of the Spider-Mantra as well: ‘When you can do the things I can do and don’t, then when the bad things happen its your fault.’ In other words – With great power comes great responsibility.

.
Ant-Man
Spider-Man wasn’t the only bug boy excited about getting an invitation to the rumble and Paul Rudd’s return as Ant-Man was also brilliant. You remember that moment in The Force Awakens where Finn got a little over excited because he got the upper hand on Captain Phasma? You remember how uncontrollably thrilled he was to be playing (and winning) in a bigger game against a famously formidable for? Well that is basically Scott Lang’s entire characterisation in this film. His clumsy, awed attempts to fit in with his half of The Avengers is very endearing and, even with his inexperience, he has some of the biggest moments in the smack down.

The Reaction to the Kiss
This is probably Marvel’s most sullen film so far but it still has the amusing little character beats the studio is so good at. The rivalry between Sam and Bucky is especially funny here. They’re not openly vying to be Steve Rogers best friend but that is the subtext and it’s a nice touch. Their best moment is one of unity though when they both just nod at Steve following his kiss with Sharon Carter.

.
Vision’s Smart Casual Dress Code
I get that Vision is trying to fit in and relate to the human beings around him but I’m not sure the sweater and pants were strictly necessary. Presumably they are mentally manifested as well because they phase through the wall with him. Clearly he was downloading information from the Internet in an attempt to gain knowledge and found something to pique his interest on the Marks & Spencer website. It reminded me of when Kryton used to dress up in Red Dwarf. 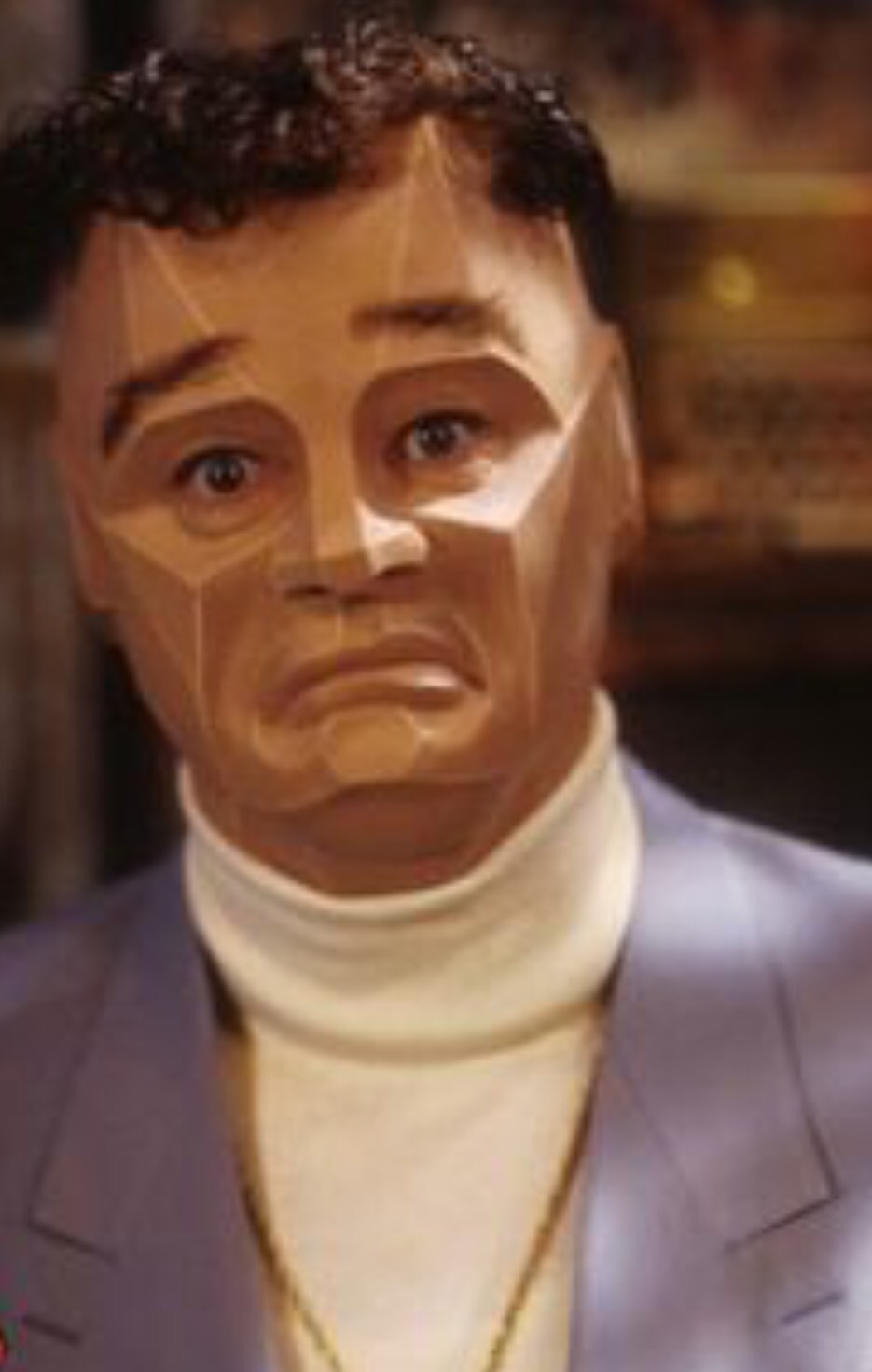 .
The Fate of the Other Super Soldiers
I have to confess that my heart sank a little when they said there were six other Winter Soldiers. It looked as though we were heading for a predictable finale where Steve and Tony would get past their differences and work together to fight a shared enemy. ‘How very formulaic’ I thought. Nope, not this movie. They were totally playing with my expectations and I like it.

.
Peggy Died
I wasn’t happy to see Peggy Carter’s funeral; I’ve grown very fond of the lady across three movies, a one shot and two TV series. It was a fitting end for one of Marvel’s greatest heroes though. I’m glad to know she lived a long life and that she passed away peacefully in her sleep.

It is just me or is it a little weird that Cap’s getting it on with her niece?

.
No One Else Died
Actually lots of people died. That’s what drives the plot. Crossbones died – yay! Howard and Maria Stark died – boo! King T’Chaka died – ooh! None of the Avengers croaked though and that is a very good thing. It would have been an obvious way to raise the stakes but it wouldn’t have really meant anything. Killing Captain America or Iron Man would have been like killing Superman, we wouldn’t have believed it for a second. (Sorry, did I not mention they’d be spoilers for that film too?) Disabling Rhodey is something that might stick though. Having him still there, suffering, is a reminder of the cost of what went down, more than if he’d perished. Certainly none of them seem to be struggling with the loss of Agent Coulson anymore. Black Widow even cracked a joke about it in Age of Ultron when she teased Hawkeye saying that his death would focus the team. (I am assuming they all still think he’s dead although he is moving around in plain sight all the time. Maybe they just don’t care – that’s kind of my point.)

Rhodes was the military man too, he’s been at this longer than everyone and he was doing it by the book. He wasn’t involved in New York, or Washington, or Sokovia, or Lagos yet he is the one that lost the most. It’s a bad beat.

.
The Ensemble
Let’s not forget that ensemble films are very hard to get right. The success of the two Avengers movies and now this Captain America film have made it look easy but many other films have collapsed under the weight of their casts. This has been a particular problem with superhero pictures. Batman and Robin was poor for many reasons but the fact that it was Batman and Robin and Batgirl and Poison Ivy and Mr Freeze and Bane didn’t help. The aforementioned Tobey Maquire Spider-Man series was similarly spoilt by too many crooks with Venom, Sandman and The New Goblin.

Marvel Studios keep nailing it though. Some of the heroes get less screen time than others but none of them feel superfluous. It all bodes well for the next two Avengers films, which by my reckoning will have a principle cast of around twenty five. (Okay, I’ll list them: Iron Man, Cap, Thor, Hulk, Hawkeye, Black Widow, Scarlet Witch, Vision, Falcon, Winter Soldier, Nick Fury, Star Lord, Rocket, Gamora, Groot, Black Panther, Captain Marvel, Doctor Strange, Ant-Man, Spider-Man, Sharon Carter, Thanos, Maria Hill, Aunt May and hopefully Pepper Potts.)

.
It’s Not Black v White
The comic book that Civil War is based on is a lot clearer in terms of right and wrong; Captain America is standing up for freedom and Tony Stark is being an ass. The lines are not drawn as clearly in the movie though and it is better for it. Even Zemo is driven by more than megalomania. The marketing for the film seems to be about choosing a side but I can’t; the arguments are too sophisticated. I’m on Team Black Widow. 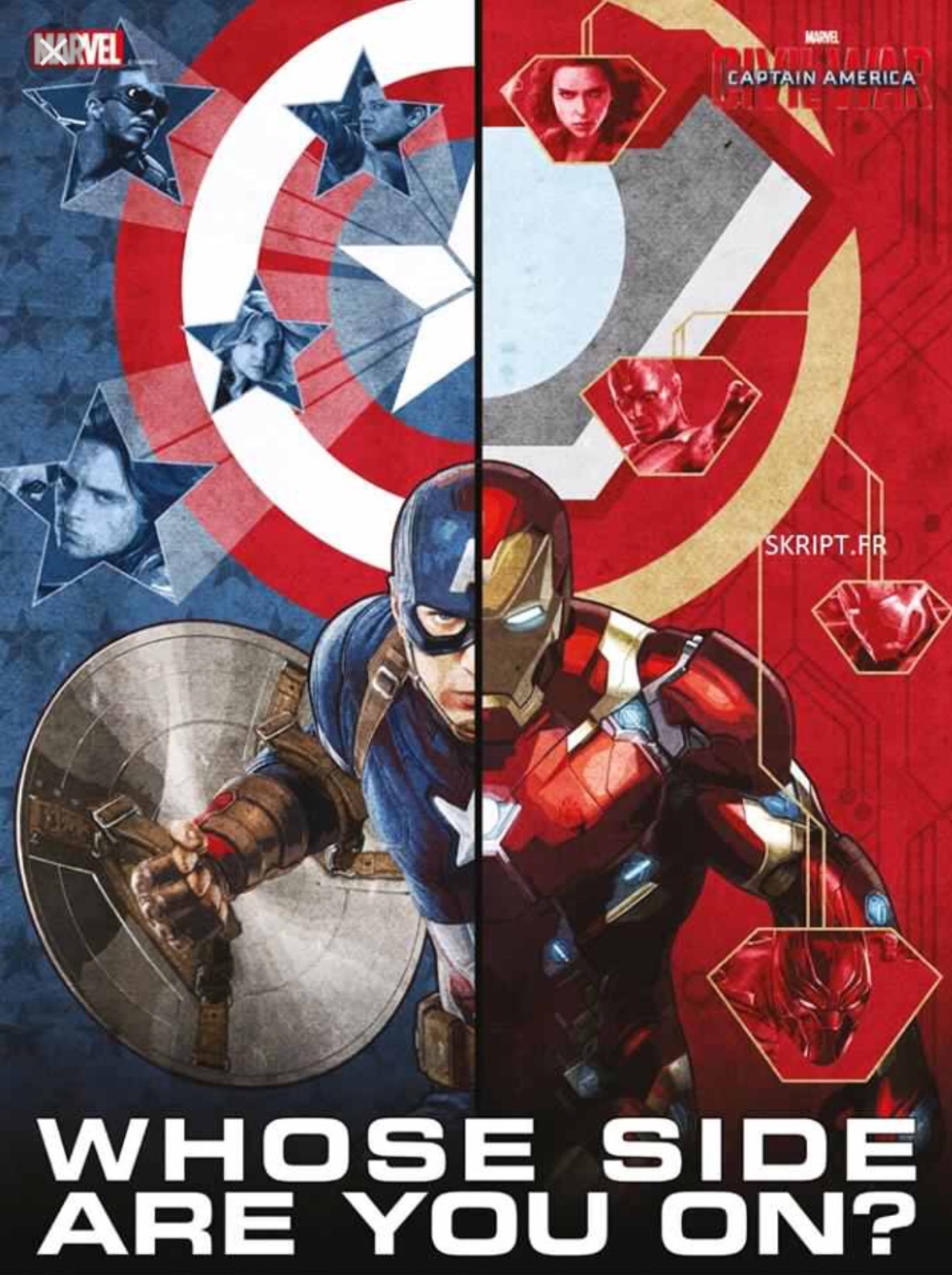 .
It’s Not Batman v Superman
I don’t wish to be unkind but this has to be addressed. Frankly after seeing this, Warner Brothers should cease work on their own shared super universe immediately. They gave it their best shot but it is embarrassing how far wide of the competition they have fallen. In Batman v Superman there was minimal character development, no proper explanation of anyone’s motivations, plot contrivances, an underdeveloped antagonist, a lazily written big bad and no understanding of why the characters they were depicting were so popular in the first place. Warners were leading the superhero pack for a while, the Dark Knight trilogy was brilliant, but they’ve lost it. They need to admit defeat, give in and stick to making Harry Potter spin offs.

.
And Finally, I love this Image: 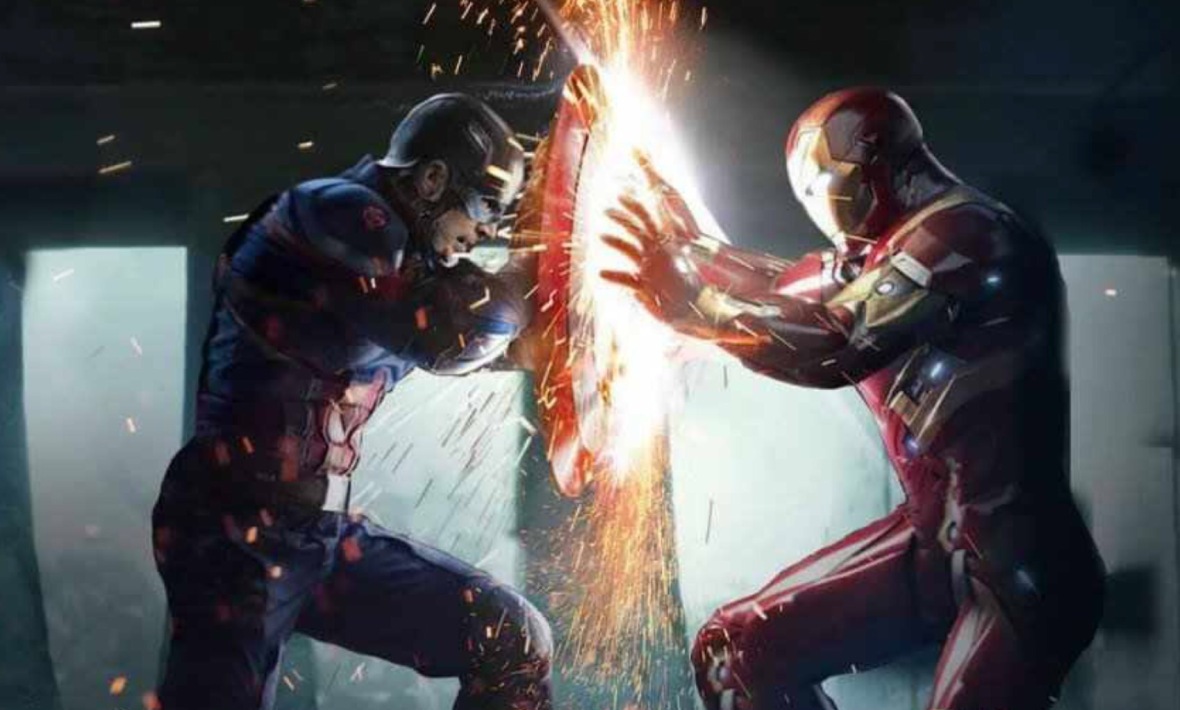 6 thoughts on “Spider-Man and the 10 Other Things I Most Loved About Captain America: Civil War (Spoilers)”