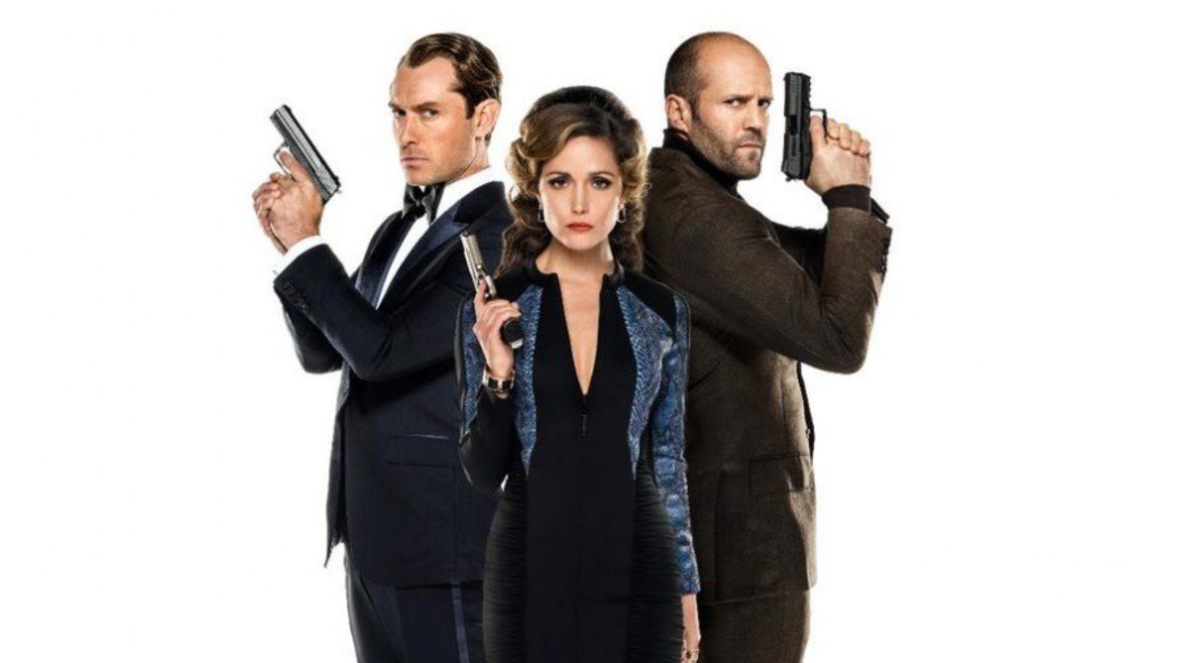 I’m actually quite excited about the idea of a female Ghostbusters film. Taking an iconic but male-centric movie and switching the gender of the main players has interesting potential. It’s just the idea I’m excited about though, I’m fairly sure that in reality director Paul Feig is going to mess it up.

Quite aside of the fact that the original Ghostbusters is one of the greatest comedy adventures ever committed to celluloid, Feig’s films just aren’t as funny as they need to be. For three films now he has cruised by on the personality of his actors and a lot of lightly amusing potty mouthed trash talk. Bridesmaids was a big hit of course although I actually preferred buddy cop parody The Heat but neither film had any consistency or great originality and the jokes are very hit and miss. Now comes Spy which adds to an already crowded comedy genre of secret agent spoofs. Austin Powers, Charlie’s Angels, Spies Like Us, Zoolander, Get Smart, Johnny English, True Lies, Top Secret, I Spy, Spy Kids, The Tuxedo, Spy Hard, Agent Cody Banks, the original Casino Royale, we’ve been here many times before and this latest example brings nothing new.

In fact Spy compares poorly to almost all of those other films and the only thing it really succeeds in is showing us how bad Jude Law would be as James Bond. In the pre-credits scene (very important in any spy movie) Jude’s super agent just walks around predictably taking out assailants. It’s a fitting start though as the whole film is very predestination. The laughs (very important in any comedy) just aren’t there.

Melissa McCarthy has built her career around playing brash, insensitive, brutally honest women. In Bridesmaids, This is 40, Identity Thief and Tammy she was similarly intimidating and antagonistic and it seemed as though she needed to try something else for fear of the joke wearing thin. With St. Vincent last year, in which she effectively played a struggling nurse/single mum, it looked indeed as if she was going a different way and in the early scenes of Spy she also plays shy and gentle. The thing is though she is not funny in this context. The gags centre around having bats in her hair, naively eating the napkin in a posh restaurant and being given a series of cover identities that play on her mousey nature and appearance. It isn’t comedy gold. Yet when her character inexplicably takes on a more familiar edge and starts flinging colourful and sweary insults at people the film does pick up a little. I guess you’ve got to play to your strengths.

Playing opposite McCarthy for much of the time is Rose Byrne who can be funny with the right material but she doesn’t get it here. Jason Statham sends up his tough guy image but there is no subtly to this and again most of the jokes fall flat. Peter Serafinowicz turns up too portraying the kind of comedy foreigner I hoped had died out with the Carry On films and Miranda Hart is in there doing her Miranda Hart thing which kind of jars in this setting.

The plot, as much as anyone cares, is just a formulaic stolen nuke story and this doesn’t help. The best comedy adventures have a narrative that stands on its own, irrespective of the gags and films like that, films like Ghostbusters, need a little bit more intelligence to make them work. By this evidence Paul Feig is not there yet.

Is this one for the kids?
The film is rated 15. Most of the violence is 12A violence with added blood splatters but there is the occasional stabbing, impaling and gunshot to the head. It is really the swearing that ups the rating. I’m sure they would have sacrificed the gore for a larger audience but the profanity is key to Feig’s sense of humour. The thing is the C word is not that funny, it isn’t even that shocking anymore.

There is something very positive about putting a larger woman in the centre of an action film and refreshingly McCarthy’s physique is not really mentioned as much as her general frumpiness.

Paul Feig films do feature strong parts for women but the value of this would be higher if his work hadn’t become quite so formulaic quite so quickly. Still, who else are you going to call?

One thought on “Spy”