Does anyone remember a film that came out in the early nineties called A Perfect World? It was directed by and starred Clint Eastwood and had Kevin Costner as a man with a violent past, out of prison and finding some kind of personal redemption through his connection with a kid he meets. No? Don’t know it? Vague recollections maybe?

Some movies never really leave the public consciousness, getting periodically mentioned in connection with the actors other work, but others seem to disappear into the mist of that star’s lengthy filmography. My gut feeling is that Joe, sharing a broadly similar plot to the Eastwood/Costner film, is going to go the latter way.

It’s only getting the smallest amount of press now, following its release simultaneously in cinemas and on demand last Friday. Most of the comments seem to be about lead Nicolas Cage and how this performance represents another return to form but it’s the quality of the films he’s been in that has been variable of late, not him. The guy clearly likes working and getting paid so that’s not going to change. There will be other schlock flicks and there will be other good ones. That’s what his career is like, no need to get over excited every time he finds a good script.

To be fair though, the film’s limited media coverage and possible journey to obscurity might be because there isn’t actually a tremendous amount to say about it. This isn’t because it’s a poor movie, not at all (there’d be lots to say if it were). The performances are good, the plot engaging and moving and the direction solid, it’s just that none of it is powerful or emotional or funny enough to leave a lasting impression.

Cage’s Joe lives and works in a grubby town in the American South. His is a world of rough bars, angry dogs, sweaty prostitutes and loaded firearms, all of which he is happy to use when the need arises. His anger management issues have got him in trouble with the law in the past but he is fundamentally a good man (we are told) and he’s trying to keep his head down and survive. Actually, thinking about it you could look at this as a gritty, low brow sequel to the flamboyant Con Air if you wanted to. Kind of like Return to Oz following The Wizard of Oz.

The film’s rambling, apparently partially improvised feel is very similar to that of director David Gordan Green’s last picture Prince Avalanche, as well as those he made early in his career like 2000’s George Washington (nothing to do with the President). Beasts of the Southern Wild has a similar kind of atmosphere so if you’ve seen that astonishing film you’ll have the general idea. Interestingly Gordan Green is best known for crude stoner comedy The Pineapple Express and puerile, sword and sorcery stoner comedy Your Highness (imagine The Princess Bride written by a fourteen year old Nuts Magazine reader). Those two films seem like a bit of a departure by comparison but they are also rambling and improvised, only not in a good way.

Whether it’s a much needed showcase of his talents or not, Nicolas Cage is very good in the film. He is dishevelled and grizzly but actually, to my mind, looks better in the film than he did at the premieres. He should stick with the beard. 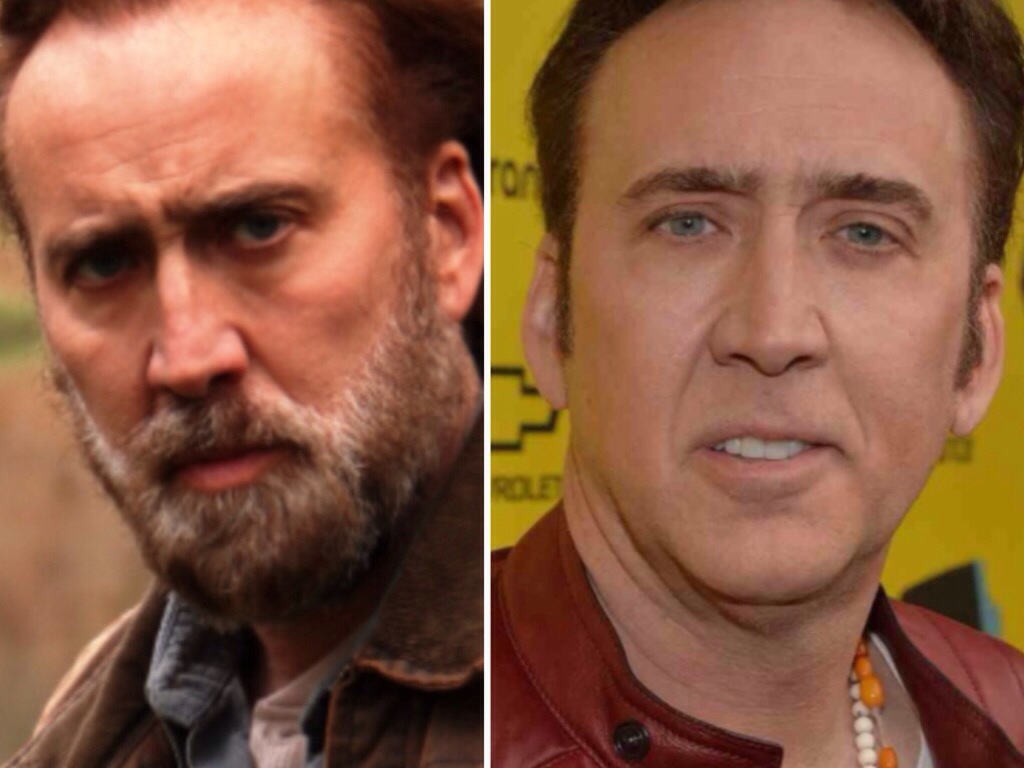 Cage reigns in that manic side we all love and gives an impressive if less distinctive performance. 17 year old Tye Sheridan also plays the boy, Gary, effectively which raises the question as to why there aren’t more young male stars in contemporary Hollywood?

There it is then; Nicolas Cage, films disappearing into obscurity, the sequel to Con Air you always wanted and a brief tangent on the absence of young male actors in Hollywood. I guess it was a little rich of me to accuse David Gordan Green of rambling.

Nope, the film is a 15. There are shootings, beatings and worse. Stay away impressionable youngsters.

Other than Gary’s ineffectual mother and his mute sister all of the women in the film are prostitutes. It’s fair to say it’s not the greatest movie for strong female role models.