What makes a great blockbuster? The dictionary definition of a blockbuster is something that has great power or stature and when related to a book or a film this is largely connected to its commercial success.

A blockbuster then is a thing that aims and succeeds to do well but too often it seems this is judged purely on money, how much it costs and how much it makes. A great blockbuster really ought to be artistically successful too.

Of course, if a movie wants to go for large scale then it generally needs to spend lots of cash, which in turn needs to be recouped so it is inevitable that finances play a big part. Too often though, movie makers seem to care little about anything else. There does appear to be a school of thought that if you can make the action impressive enough and the explosions big enough, it doesn’t matter so much that the film is flawed in other areas. Sometimes this pays off (Transformers) and sometimes it doesn’t (The Lone Ranger) but it is never excusable if parts of your film need excusing.

Clearly then, if the film is spoken of with sentences like ‘sure, the script was a little cheesy but the action was great so it doesn’t really matter’ then we are not talking about a masterwork of cinema. It may be fair, it may not matter, as with Star Wars, but it won’t be a great blockbuster. There, I said it, Star Wars is not a great blockbuster. Don’t get me wrong, I love Star Wars but you have to admit it isn’t perfect. We adore it because we adored it as children and it certainly has plenty going for it but without the nostalgia tinted spectacles Star Wars Episode IV is actually quite a lot like Star Wars Episode III. When that film’s audience are in their 30s and 40s that may well be revered too. The Empire Strikes Back, on the other hand, now that is a great blockbuster!

This is obviously all down to individual opinion but there are some very clear questions you need to ask of a movie if you want to know if you are dealing with a future classic. Of course if everyone else is likely to share those opinions then it becomes a slightly more exact science but I am often amazed how far people’s ideas go contrary to my own. A lot of people seem to believe Avatar is a good film for example, which is totally inexplicable. We’ll get to that later though.

The first thing to question is whether the story would be engaging without the action and effects sequences holding it together? A lot of very successful films would fail on this point. The story doesn’t need to be sophisticated, just engaging. The minimally plotted Bourne Ultimatum is a great blockbuster for example but The Raid really isn’t.

Then there is the acting to be considered. There are plenty of film stars out there that are never going to have an Oscar to show off but still have plenty of big films on the CV. Keanu Reeves springs to mind. Let’s face it, The Matrix has some incredible action sequences but they need to be to make up for the slightly wooden leading man.

Ergo, legends of action cinema they may be but Jean-Claude Van Damme and Steven Seagal have never made a great blockbuster. Arnold Schwarzenegger has but only because you don’t need to emote to play an emotionless robot.

If all you needed was an interesting story and good acting though, The Bourne Legacy would be one of the greats. (Rachel Weisz in particular is just brilliant in that film.) You really need to have a proper ending. I’m not asking for resolution, Butch Cassidy and the Sundance Kid does not suffer from a weak denouement, but the story needs to be satisfying right up until the end. Suddenly then, the first Superman film, Contact, A.I, Sunshine and a lot of the Coen’s movies disappear off the list.

Take the truck flip in The Dark Knight. The Joker catches an accelerating fifty foot articulated lorry on a cable and the whole thing turns over, a full, straight 180°, tail over nose roll. It isn’t CGI, they did it for real on the streets of Chicago’s financial district. It is a great stunt and looks amazing but we’d seen pretty much the same thing in Terminator 3 five years earlier. That made my jaw drop, the batman one didn’t. It had been done. (Fortunately there is plenty of other great action in The Dark Knight, most notably that cool bit where the batpod bike turns up the wall, and it demonstrably remains the better film.)

Nonetheless, these stunts are more impressive if they are bigger and better than they’ve ever been before. Cars have rolled over dozens of times in the Bond films but that Aston Martin in Casino Royale twists seven times which is more than we’d thought possible. They destroyed three DBSs worth around £200,000 each but it is one memorable crash and it was new and exciting. 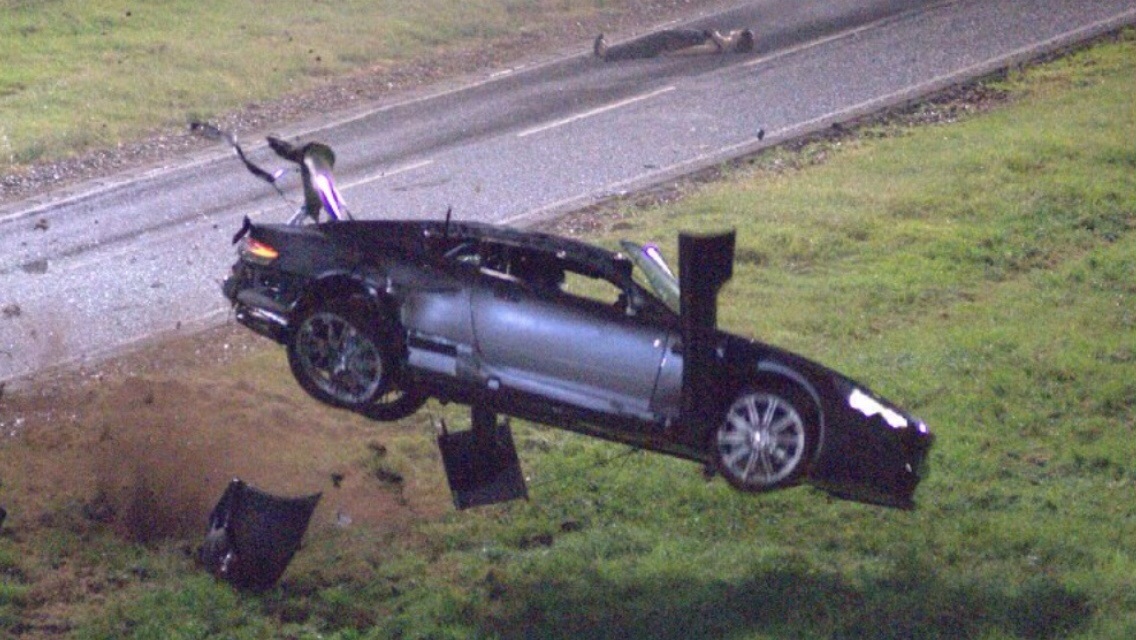 Top Gun needs a mention here as well. That movie looks really cliched by modern standards but in 1986 it seemed exhilarating. Cliches only become so when they have been repeated over and over and credit should still be given to those that presented us with these ideas when they were fresh. It seems cheesy now Top Gun is a great blockbuster.

What then, in my opinion, are the blockbusters that strive for greatness and fail and which succeed?

Let’s start with Avatar. On Box Office it can’t be beaten yet artistically it is a shambles. Granted it looks amazing and this must be what drew the crowds but you get a sufficient introduction to its incredible fantasy in the trailer, in the film they get a bit dull. The story is contrived and unoriginal, the script is pompous and hackneyed and the acting inconsistent. It does have some well orchestrated stunts but actually, as the whole thing is enhanced by computer graphics you know that none of it is real. When the lead smurfman leaps off a platform onto his flying mount you know all he is really doing is dropping ten feet onto a crash mat. It isn’t as jaw dropping as Steve McQueen leaping the wire fence in The Great Escape.

There are others that come closer, like Independence Day which is a lot of fun but is also a little stupid in places. The aforementioned Star Wars and The Matrix contain some of some of the best battles and fights ever but are let down by the dialogue. Harrison Ford famously said of the Star Wars script ‘you can type this s#*t but you can’t say it’ and you can see what he meant.

As for The Matrix, the dialogue is overly grandiose all the way through but if you stop and think about what they are saying it doesn’t make a huge amount of sense. Take Neo’s closing speech delivered to humanity’s machine oppressors:

Isn’t that a little contradictory? Either the people are in control now or the the omnipotent technology are making decisions but you can’t have it both ways, Ted ‘Theodore’ Logan.

Even Nolan’s bat-trilogy closer The Dark Knight Rises, which I think is just superb, has some pretty big plot holes.

On then to the winners? Which films do not compromise on a single thing? Which have great effects and action, a gripping and satisfying story and good acting?

We’ve already celebrated Casino Royale, Terminator 2, Top Gun, The Dark Knight (that rare thing, a blockbuster that gets acting Oscars) and The Bourne Ultimatum. I would argue though that Inception, Mission Impossible, Avengers and The Fellowship of the Ring also achieve greatness. Serenity was an excellent blockbuster but didn’t get an audience. Saving Private Ryan was a great blockbuster hiding behind being a serious drama and at least three out of the eight Harry Potters qualify. What the hell, I’m throwing Back to the Future in there too.

Every year we get more big movies hoping to impress across the board. Today sees the release of Godzilla, in two weeks we will see X-Men: Days of Future Past and Guardians of the Galaxy, Nolan’s Interstellar and Star Wars Episode VII: Apology for the Prequels are all out there in our future. Some of them might just be great.