Back in August I wrote a piece bemoaning the lack of any great animated movies being released in 2013. Certainly we’ve had nothing to match films like Coraline, Arrietty or Toy Story 3 but now at the eleventh hour this has changed because Frozen is superb. I’ll be honest, I hadn’t expected this of a Disney film.

Clearly Disney were the original masters in this field but while there have been a few exceptions (which I shall come to in a second) most of their recent animated output has been mediocre. Films like Chicken Little, Meet the Robinsons, Bolt and Wreck It Ralph had their moments but were all ultimately forgettable. Even Pixar had a little dip in quality after being bought by the house of mouse.

Interestingly it is with the Princess films, a seemingly old fashioned genre, that the company have shown greater consistency. Enchanted was a very knowing take on the format and changed some conventions with the princess saving her man. This was then followed by The Princess and the Frog and the excellent Tangled both of which very deliberately put empowered heroines at their centre, clearly designed to provide balance following the outdated gender politics of earlier films like Cinderella and Sleeping Beauty. Frozen is different though. It doesn’t feel like it is consciously trying to give us strong female characters, it is just a story about women. It is almost as though those other films were slowly building up to this one that properly gets it right. I’m sure it is no coincidence that this is the first Disney animated feature to have a woman director.

Frozen is ostensibly an adaptation of The Snow Queen by Hans Christian Anderson but it doesn’t really follow that story at all. It concentrates instead on two sisters (two princesses for the price of one) and unlike Disney’s Tinkerbell and the Secret of the Wings that centred on the same thing in cinemas this time last year (as well as having a winter fantasyland) their relationship seems believable. These siblings do not see eye to eye and are driven by their own concerns but remain loyal to one another. I’m not a girl, and I only have a brother – but I do have three daughters and from what I can see this is not an unusual dynamic for sisters.

The film also manages to feel modern without tying itself tightly to contemporary culture. The creative team behind the film have talked about it being both timely and timeless and that is a perfect way of describing it. It certainly won’t date as quickly as some of the other Disney cartoons I mentioned earlier and is absolutely destined to become a classic. It also isn’t afraid to follow the formula, we still have songs and sidekicks, magic, castles and royalty but it all just seems better developed than we have seen before. There is one particular fairy tale cliche that they handle in a very satisfying way but I don’t want to give any more away on that.

The princesses, Anna and Elsa, are noble like their forbears yet are also authentically clumsy and flawed which is something new. Just compare them to Rapunzel in Tangled and Tiana in The Princess and the Frog who were both painted as morally unimpeachable. Tiana’s main flaw was that she worked too hard and Rapunzel just felt compelled to leave the house. In Frozen all of the characters are making poor life choices and others are suffering because of it.

The two men in the film are less rounded but still complex. One of them briefly considers leaving the princess to die in the snow and the other has some issues too. We got this a little bit with Pixar’s Brave (their so-so attempt at a Disney Princess film) although a stroppy teenager getting involved with the wrong crowd and causing her mother trouble is not surprising or sophisticated no matter how much you dress it up in a bear shaped metaphor. Frozen’s commitment to multifaceted characterisation is best demonstrated in its total failure to give us anything approaching a proper old school villain. Someone that evil and that black and white just wouldn’t fit in this film.

All of this is important of course and plays a substantial role in lifting the film above others of its type but it also feels like a better achievement in other respects. It somehow feels more epic than anything that has come before, even The Lion King, and there seems to be an even greater attention to detail than normal. It also feels a lot like a proper musical rather than just a film with songs. In fact it is strongly reminiscent of Wicked with its young heroine trying to control her incredible magic powers. She is also the victim of fear and prejudice and is played by Idina Menzel so that just strengthens the comparison. The songs are written by Robert and Kristen Anderson Lopez who on the basis of this might just go on to became one of the great Disney songwriting duos following on from Menken & Ashman and the Sherman Brothers. Okay, maybe that is too high a benchmark but the tunes are good.

Let’s face it, this is the most important question. If you are looking for something to keep your children entertained you aren’t going to be worried about carefully crafted characterisation and musical pedigree. The story is well paced, it looks fantastic and the comedy snowman is comfortably the right side of annoying. Several of the characters do find themselves in mortal danger but the threat is significant without being alarming. 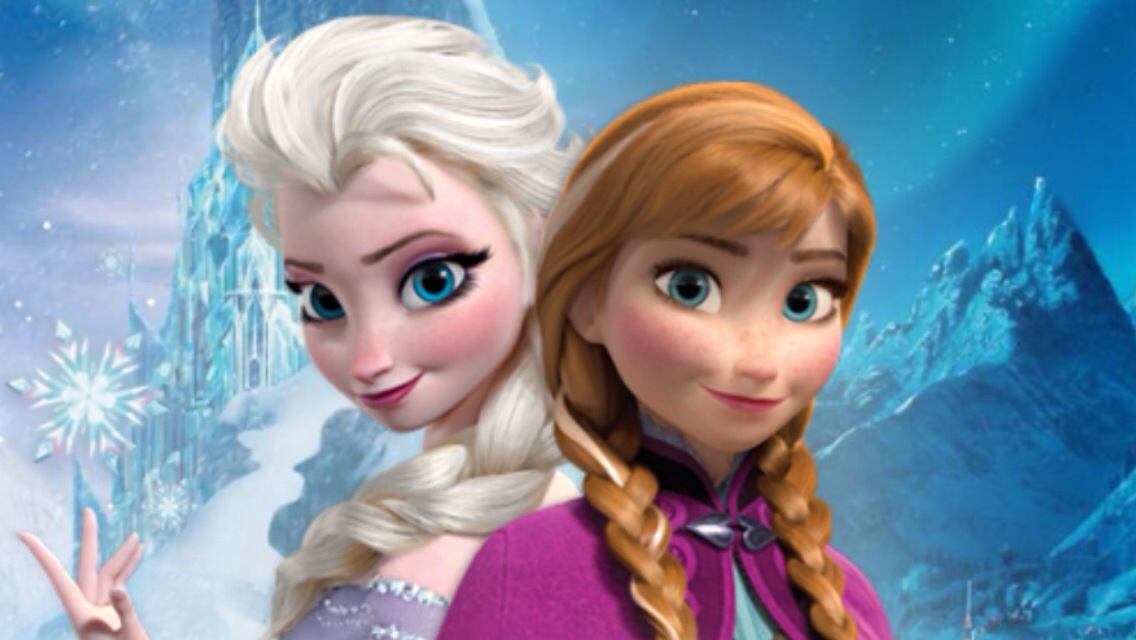