I understand that there are people out there who don’t like Shakespeare. I don’t wish to come across as some kind of literary snob but they are idiots.

If you are under eight I am prepared to let it go but for anyone else Shakespeare represents a simply breathtaking wealth of stories that cover every conceivable human emotion and circumstance. Love, honour, betrayal, politics, family, revenge, sexuality, duty, war, cowardice, fairies, magic and bad dress sense, it is all played out with some of the most incredible writing and poetry ever committed to page, stage or screen.

Granted some of his works are better than others but name me one other writer who can handle comedy, tragedy and drama with equal skill, often within the same plays. I do work on the assumption that the complete works of Shakespeare can be attributed to one man because I’ve yet to hear anything to convince me otherwise. Besides the idea that some guy from the midlands of England with little more than a standard education wrote his way into the court of royalty and earned himself a historical reputation that will never be eclipsed has a beautiful romanticism all of its own.

William Shakespeare is unarguably the greatest writer of all time and that is why anyone who doesn’t crave to immerse themselves in his work is foolish. Why turn away from one of the greatest artistic treats humanity can offer? To do so is simply deciding to not enjoy life as much as you can.

There is clearly an argument that the language is a little inaccessible but this is a poor excuse as you clearly tune in to it very quickly and once you’ve done so it becomes irrelevant and you tend to forget it is anything different, a little like watching a film in 3D.

Unsurprisingly there have been some wonderful cinematic productions of Shakespeare’s plays. Kenneth Branagh has clearly given superb performances in this area (which is why it strikes me as a little odd that he is now making Thor and Jack Ryan movies) and Hamlet is his masterpiece. My favourite Shakespeare film though is Australian director Baz Luhrman’s William Shakespeare’s Romeo + Juliet.

If ever you needed evidence that Shakespeare is relevant to a contemporary audience you need look no further. Not only is the transposing of conflicting families to warring gangs not a stretch, it is barely even a change to the source material. Granted the Tudor period language is a little unusual in a modern setting at first. This is always a bit of an issue and one that is not quite dealt with in Ralph Fiennes brilliant film of Coriolanus. It remains an alienating aspect to that movie, albeit an interesting one. Baz Luhrman’s William Shakespeare’s Romeo + Juliet on the other hand deals with this by playing the whole thing in a stylised fashion.

Within this context the language does not jar as much and once you become acclimatised to this world of exaggerated gestures and camera flourishes you accept it as normal. The early scene in the gas station plays with this to extremes so that the audience can get used to the parameters of the movie. Once established it settles into telling the story in a reality where poetic dialogue has become an acceptable flamboyance.

Romeo and Juliet are played as they should be, all anger and passion by a 22 year old Leonardo DiCaprio and a 17 year old Claire Danes. There is said to be a perennial problem with productions of this play where actors mature enough to do the two main parts justice tend to be a fair deal older than they are written – Juliet is actually 13 in the original play. DiCaprio and Danes prove this axiom wrong as their performances are excellent.

Another criticism of the play levelled against it by people trying to sound clever is that the young couple are driven by lust rather than love. Of course they are, to some extent, but the former doesn’t preclude the existence of the latter and frankly what do people expect of teenagers? None of this diminishes the tragedy of the play, quite the opposite, and the central affair in Luhrman’s film convinces entirely without being melodramatic or overwrought.

Another thing this adaptation has over all others is the beautiful imagery and composition of shots. This is greatest in the moment where an angel winged Juliet gazes at her boy through a fish tank but every frame is put together with the same level of artistry. This is clearly an example of how Shakespeare’s words can be better suited to screen than stage, even for a play that does not revolve around epic action like Henry V and it is reasonable to suggest that as a populist writer, the Bard may well have written for the movies had he been alive today. He’d have been a shoe-in for the next Bond film or one of the Marvel adaptations.

It is the end of the film though that truly sets it apart and interestingly this is because Baz Luhrman and his writers were bold enough to make changes to Shakespeare’s script (not incidentally saved for prosperity by the man’s own hand but by historical heroes John Heminges and Henry Condell in the First Folio).

In the original play (or if not the original, at least the first one we have) Romeo finds Juliet, believes her to be dead and poisons himself. Jools then wakes up, finds her secret husband is dead and stabs herself. In Baz Luhrman’s William Shakespeare’s Romeo + Juliet, Romeo takes the poison and then before he has shuffled off his mortal coil (different play but Shakespeare’s expression) Juliet awakes and there is a totally totally heartbreaking moment between the two of them where they realise what has happened. Then, despite the fact that American preview audiences wanted it changed, Romeo dies and Juliet shoots herself.

I’m welling up right now with the tragic beauty of it all. Baz Luhrman’s William Shakespeare’s Romeo + Juliet is a perfect adaptation of an incomparable masterpiece and as such is simply one of the greatest films ever made. 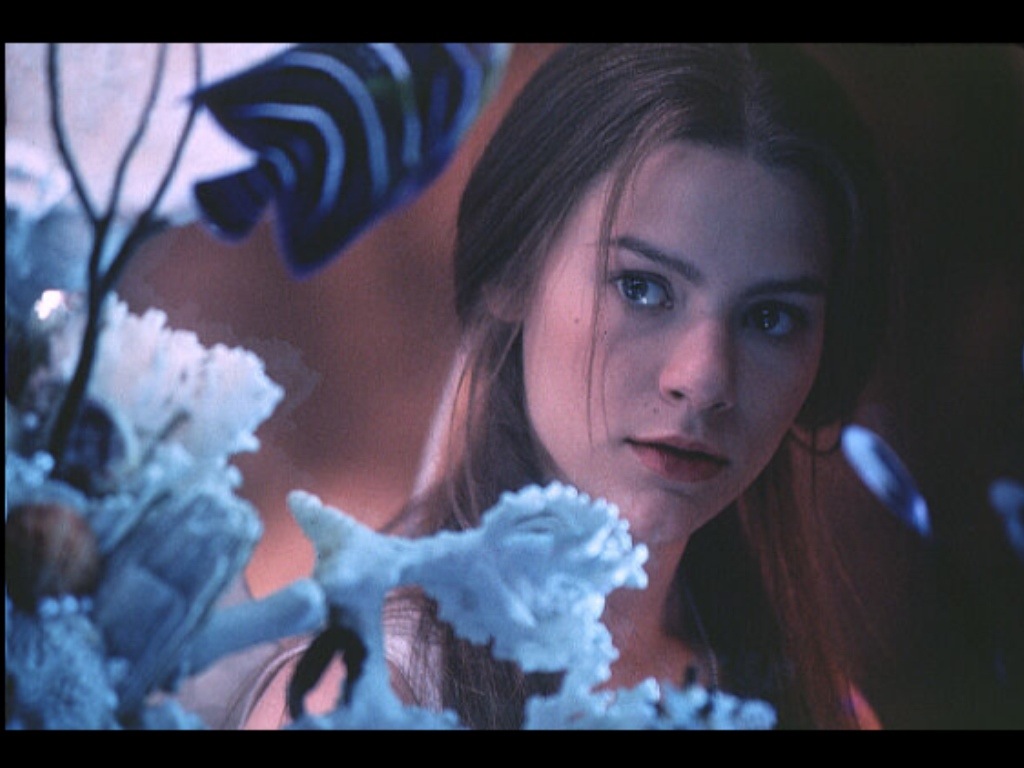