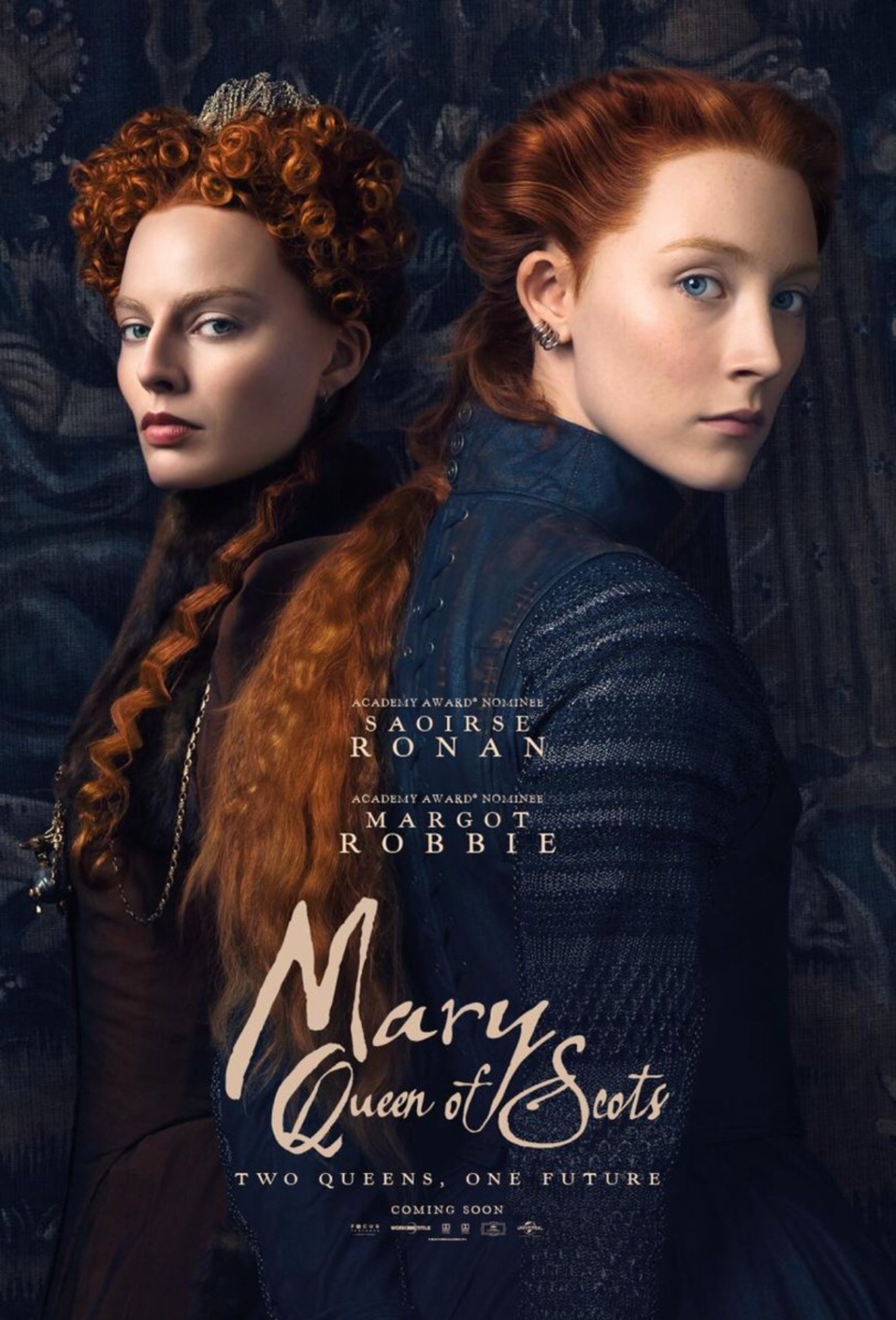 With this film centring on Mary Stuart, who is thought of as one of British history’s biggest female pawns, and with it being directed by a woman I rightly assumed it was going to be a strong feminist retelling of accepted events. My concern though was that the villain in this tale is Elizabeth I, the ruthless monarch who had her cousin imprisoned and executed because her very existence was a threat to her throne, and in the UK Elizabeth is herself held up as a feminist icon. How would they celebrate one woman without condemning the other?

The big success of Mary Queen of Scots is how it manages to maintain both Mary and Elizabeth as formidable and respectful figures, each with their own strengths and weaknesses, and interestingly it makes them both heroes by showing them both as victims. This, of course, is not generally a trait of great onscreen crusaders for gender equality, at least not by the end of their narratives, but no matter how you spin it there is no getting away from the idea that both of these queens were manipulated by the men around them. There is only so much they could do as matriarchs in a deeply patriarchal society and the film combines these women in this fight even though they are sometimes opposed. The movie accepts this situation but ensures that the little victories count.

If you know your common history then you’ll know that convention says Elizabeth aimed to win in a man’s world by being more like a man. She had that whole ‘I know I have the body of a weak, feeble woman; but I have the heart and stomach of a king, and of a king of England too’ speech delivered to kill time while everyone waited for the Spanish Armada to arrive. These words may not be the best motto for the women’s movement but considering her audience you can see where she was going with it and the film runs with the notion of her wearing the mantle of masculinity. This contrasts nicely with the way Mary shows a different kind of strength. Henry VIII’s kid wants to play the boys at their own game but Henry VIII’s sister’s granddaughter demonstrably acts like a woman and draws fortitude from that.

Unlike this Elizabeth this Mary never apologises for being a woman. She recognises that socially and politically it is a disadvantage but revels in what it brings. She is more free to choose her company and is permitted to be playful without this compromising the respect she affords, which would never happen for a man. The film also makes a fair amount of her having a vagina, both in terms of the practicalities and the potential, whereas Elizabeth by contrast is stifled and sexless.

Still though Elizabeth is never made to look weak. By the end she is scarred by illness, bewigged and overly made up, in fact she looks quite a lot like Helena Bonham Carter as the Queen of Hearts, but she still has strength and confidence. Elizabeth’s refusal to marry and be a mother is how she keeps the English throne and Mary’s choice to do the opposite is what brings it to her line in the end. The film does take sides a little, as the title suggests, but crucially Elizabeth is not ridiculed, demonised or with what would have been the worst crime, belittled. Credit for these strong characterisations goes to director Josie Rourke and her writers but also massively to her lead actors. Margot Robbie (an Australian) is really good as the famous English monarch, and Saoirse Ronan (Irish) is excellent as the famous Scottish one.

Doing what she can to highlight Mary’s victories you can tell that Rourke doesn’t really want to deal with her ultimate execution. The beheading actually bookends the film but it is given no more attention than it needs. The ending of the film is effectively a scene in which Elizabeth and Mary finally talk face to face rather than through deeds and envoys. Purists are no doubt getting in a twist about this because history does not recognise that it ever happened but narratively this scene is essential. It provides a denouement other than Mary’s eventual destruction and the film is better for it. Besides, it could have happened. Robbie delivers the line ‘no one must know of this meeting’ which nicely explains why no one ever has. While we are on issues of authenticity, Stuart sticklers have suggested that Mary would actually have had a French accent not a Scottish one having grown up in France. I didn’t have a problem with this either; the lady had just returned home with the intention of ruling and uniting the Scottish people so Gallic tones may not have lent themselves to this in real life or on screen. In the end the artistic liberties the film takes are slight and forgivable. It isn’t Braveheart.

Mary Queen of Scots is a very good film, particularly for a first time director. (Rourke is one of the female names that could have been on the conspicuously all male Oscars list.) The movie celebrates the women at its centre and provides a nice history lesson on the dangers of a country shambolically divided over ideology which seems apropos right now. It also defies the conventions of period dramas to some extent, although not as much as The Favourite that depicts events at the other end of the Stuart lineage. If you like historical movies, smart feminist parables and/or great acting then it has a lot to satisfy in every respect. Give it your allegiance.

This isn’t one for the kids. It contains some sex scenes and strong violence.

Is this one for the Remainers?

The film wears its Brexit comparisons lightly but I’m sure it is no accident that the character most vehemently spluttering about not wanting to be ruled by Rome/Europe is the hideously chauvinistic John Knox, played by David Tennant in a definite bad guy role. His opinions are clearly those of a petty bigot clinging on to his own precarious political position for selfish reasons and the disenchanted populace are seen to blindly lap up his rhetoric.

Mary is the main hero of the piece and she is the Catholic/pro-European. It does also seem that a lot of Elizabeth’s problems come from the generation above her making a poorly rationalised decision to remove the country away from any political influence from abroad.

Take from all of that what you will.