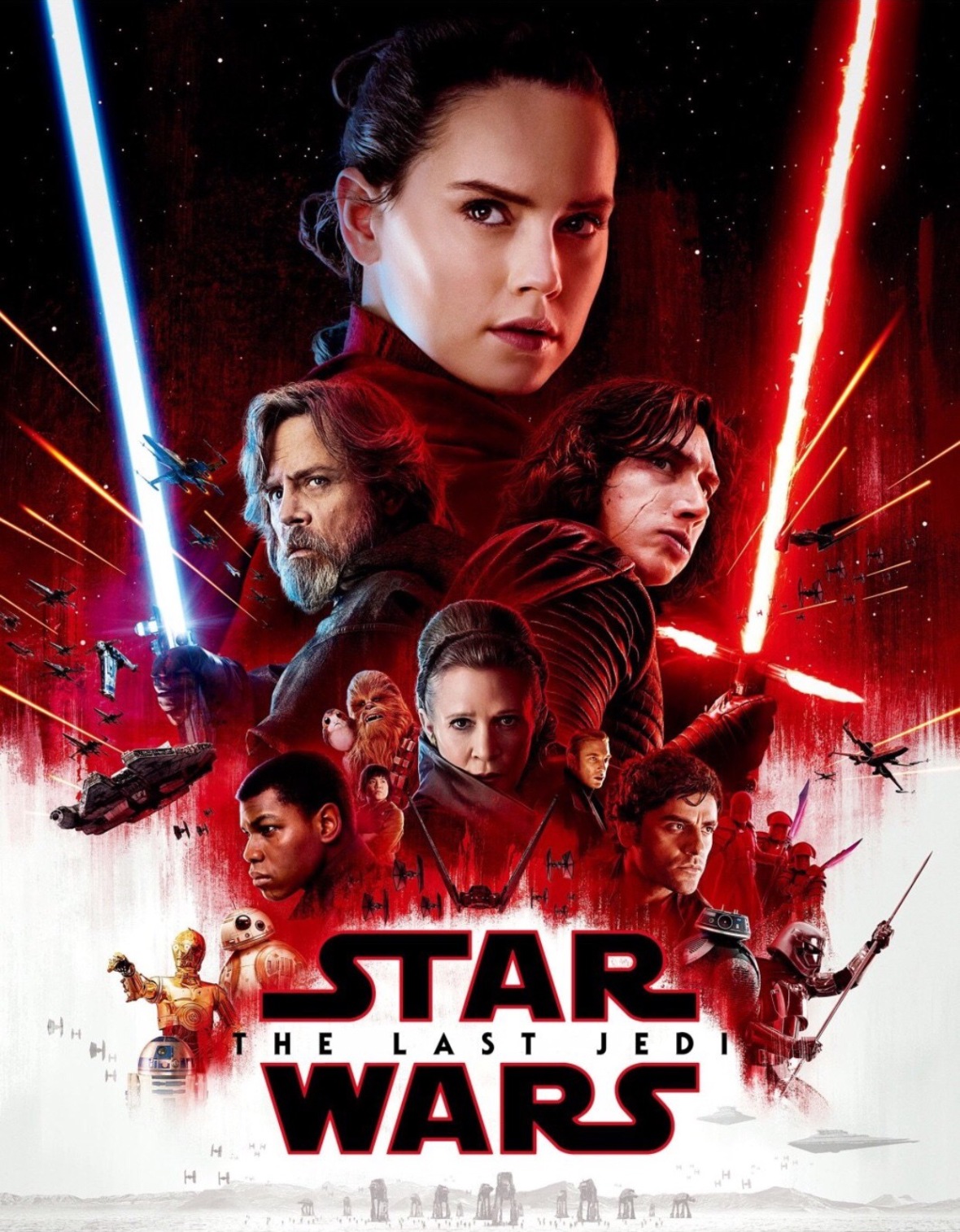 That’s no moon, that’s a planet sized spoiler. Final warning, do not read this if you’ve not seen The Last Jedi and if you just don’t care well then you’re really not going to be reading it anyway are you?

The Last Jedi was great because it wasn’t afraid to move away from the other Star Wars films in terms of its tone, its sense of humour and its characterisation. Here is a movie that focusses more on people, features greater moral ambiguity, isn’t afraid to play with expectations and even mocks conventions. Its greatest moment though was the point when it most explicitly references one of the other episodes, literally replaying part of the very first film by having R2-D2 replay the holographic projection of Leia asking Obi-Wan for help. It is a treat for fans but also shows beautifully how far the characters have come, plays tribute to Carrie Fisher and sets up both a great gag and an essential plot point.

Speaking of the Princess it also appears that she has some Force skills of her own (beyond sensing disturbances). The moment where she gets sucked out into space following Kylo’s Tie-Fighter attack is a real gut punch and just as you are getting used to the fact that she is suddenly gone and how wrong you were for thinking they wouldn’t go there, there she is using The Force to survive outside of the atmosphere and to drag herself back to safety. It is a great moment that instantly reverses the tragedy yet loses none of its power. She may not be a Jedi but neither is she a total squib.

There is a great deal here that the Force enables people to do that we have not seen before and frankly some of it is a bit of a stretch. It allows Rey and Kylo to do Jedi/Sith FaceTime (ForceTime?), it enables a long dead Yoda to bring down some lightening and incinerate a tree and it lets Luke be in two places at once like Loki. Each of these things is so well played though that you are happy to go with them. When Luke turns up through a non-existent back door, with a hair cut he wouldn’t have wasted time on and turns out to be indestructibly bad-ass with the wrong lightsaber none of it makes any sense then suddenly it makes total sense. He’s not really there. He’s still on the planet he planned to die on performing a magic trick of such magnitude that, sure enough, it kills him. It is worth it though because it is all so cool and he’ll probably still be back for the sequel.

Speaking of Yoda, how great was it to see him again? I know his appearance felt a little bit shoehorned in for the fans but I’m a fan and I appreciate the sentiment. Of course director Rian Johnson is also a fan and I suspect he just wanted to have Yoda in his movie. The best thing about it though was that Yoda was obviously a puppet just like he was when we first met and fell in love with the little guy. The CGI version we got in the prequel trilogy didn’t have an inch of the same charm even if he was more handy with a lightsaber. (The Empire Strikes Back Yoda looked a lot like Kermit when he was waving his stick around so I doubt he’d have convinced wielding an elegant weapon for a more civilised age.) The original Star Wars films were synonymous with fantastic puppetry and both Episode VII and VIII have gone back to this tradition to some extent.

Finn valiantly went off on a mission and totally failed. When does that ever happen in movies like this? In fact almost everyone on the side of good messes up in this movie and it is refreshing to see. Rey is great but she totally misjudges Kylo’s intentions. Amilyn Holdo deals the First Order a spectacular blow but she has to sacrifice herself to do it. The rebels are wiped out to the point that there aren’t even enough of them left to start a football team and Chewie’s most heroic moment is Hagriding Luke’s front door.

Who is Snoke? Who is Snoke? Who cares? The Supreme Leader has some wonderfully snarly scenes in the film but his greatest moment is his hubristic death at the hands of a lightsaber that no one is even holding. It seems he was only ever there to serve Kylo Ren’s character arc and this turns out to be a noble cause. Ren is an excellent villain and Adam Driver plays him brilliantly, constantly frustrated and dangerously volatile. The point where he symbolically smashes up his mask, setting himself apart from Vader and permanently revealing the face of Han Solo’s son is just the start. His moment of apparent redemption having just sliced his boss in half is wonderfully played as well. You think he has turned to the light but oh no he hasn’t. Do you suppose Hayden Christensen is watching this and thinking ‘Oh, that’s how I should have played it. Noooooooo!’?

Besides Snoke’s identity the other big question geeks have been obsessing over for the last two years concerns Rey’s parentage and the reveal, unfortunately through exposition, that they were nobody losers who sold her for a couple of cans of Tennent’s Extra (or something) and then died is better than any of the alternatives. She’s not Kenobi’s kid, she’s not Erso’s offspring, she’s not Chirrut’s child, she’s not made of Midichlorians, she’s just an ordinary girl and all of her incredible accomplishments are all her own. Perfect.

I still don’t quite know what was going on with Rey’s vision while she was dark side spelunking but it looked fantastic. That long queue of Rey’s doing rippling movements like a minimalist chorus line felt like it belonged in a much more experimental movie but it was riveting and I like how it referred back to Luke’s facing himself dream on Dagobah while still being unlike anything we’ve seen in a Star Wars film before.

.
On a Mission Maz

I don’t know if they had to put Lupita Nyong’o in the film to keep her on contract or something but Maz Kanata’s little scene is kind of fun. That guy she recommended didn’t look he’d be a rebel sympathiser (anyone think he stole that broach from DJ?) but nonetheless it gave the film an excuse to visit a world that is (here comes that sentence again) unlike anything we’ve seen in a Star Wars film before. More than that though, catching Maz in the middle of some kind of epic unexplained battle pretty much guaranteed her a spin off comic, a series of stand alone novels, ten animated webisodes and quite probably a cameo in the Han Solo movie. There is so much more to this character and hinting this makes us want to see it.

The end of The Force Awakens was monumental. They’d finally found the map to Luke and Rey had come across his old lightsaber. Surely recombining one with the other would turn the tide of the war. The moment where Rey holds the laser sword toward him was the victory the whole film had been working towards. It was a scene of beauty and magnitude, full of hope and majesty. The whole Earth held its breath for two years waiting for the Jedi master to once again light up his fallen father’s legendary weapon. I think it’s fair to say, that did not go the way we thought. Best. way. of. puncturing. an. epic. moment. ever!

One thought on “The ten things I most loved about Star Wars: The Last Jedi (Spoilers)”